Conny Waters – AncientPages.com – Not so long ago a person could get employment as a sin eater and make some money on this unusual profession. As the name implies, sin eaters were those who consumed the sins of a deceased person. 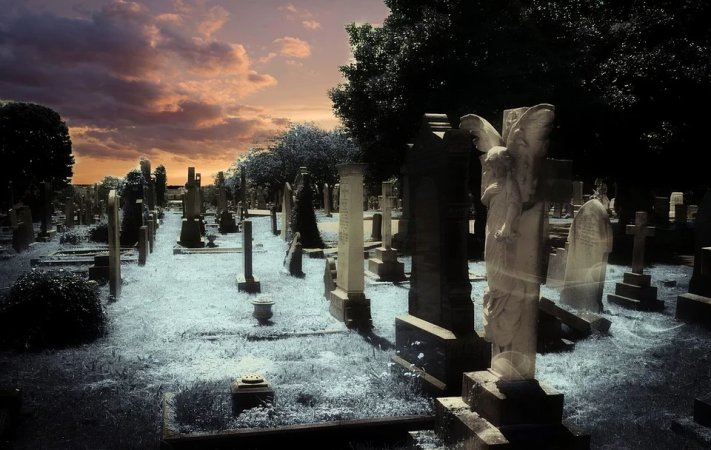 The Aztec religion offered a formal confession in case of sin or some serious crimes. According to tradition, the Aztecs had the possibility to confess their sins in front of their goddess Tlazolteotl.

The Aztec confession was an important ceremony that usually took place during the Festival of Ochpaniztli.

“After confessing, the person – dressed only in a paper skirt decorated with designs related to goddess Tlazolteotl - had to fast, and then go at night to one of the shrines built for women who died during childbirth. He had to leave its skirt behind, at the shrine - a symbol that they had left behind their sins.” 1 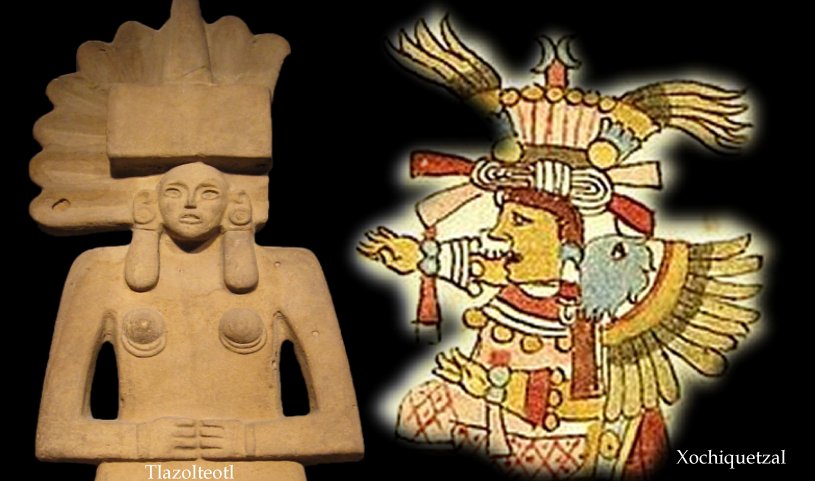 In European countries, the sin eating ritual was much different. In most cases, a person had to eat something to swallow the sins of the deceased.

There are several accounts of sin eaters in Wales. One of the earliest of these stories can be found in The Remaines of Gentilisme and Judaisme, a work of John Aubrey.

A letter from February 1, 1714 relates how sin eating was performed in Wales.

“Within the memory of our Fathers, in Shropshire, in those villages adjoying to Wales, when a person dyed, there was notice given to an old Sire, (for so they called him), who presently repaired to the place where the deceased lay, and stood before the door of the house, when some of the Family came out and furnished him with a Cricket, on which he sat down facing the door. Then they gave him a Groat, which he put in his pocket; a Crust of bread, which he eat; and a full bowle of Ale, which he drank off at a draught. After this, he got up from the Cricket and pronounced, with a composed gesture, the ease and rest of the Soul departed, for which he would pawn his own Soul. “ 2

In many European countries, it was also common to hire poor people at funerals. Their job was to take upon them all the sins of the deceased person. This gave many poor a chance to earn some money.

“The practice of sin-eating began during the Middle Ages and survived into the 19th century in some European countries. At one time it was also practiced by people living in the Appalachian region of the United States.

In many towns the same man was nearly always hired to serve as the sin-eater. This man often became a social outcast because other people believed that all the sins he'd absorbed must have turned him into a vile evil person.

Usually, only a very poor man was willing to play this role. Some of these men learned to recite special prayers or incantations over the bread after they arrived, claiming that this was necessary for the sins to be transferred from the dead body to the bread. They thought that this pretense would increase their chances of being hired when the next death occurred.

When a member of a very poor family died, the survivors often couldn't afford to pay the fee of a sin-eater. In this case, they would sometimes lay a piece of bread on the dead body, say some prayers over it, then carry the bread into the street and give it to a beggar without telling him that it had been on top of a corpse. By using this trick, they could get the sins removed from the body of their loved one for free.“3

One can conclude by saying that how this curious ritual was performed varied between countries and cultures. The practice of eating sins was universal and has been encountered among many ancient civilizations.