Jan Bartek – AncientPages.com – Among the most fascinating, magnificent and technically accomplished objects made during the late Middle Ages is a group of microscopically intricate small sculptures in boxwood.

One look at these incredible Gothic boxwood miniatures is enough to say they are an astonishingly beautiful piece of art. 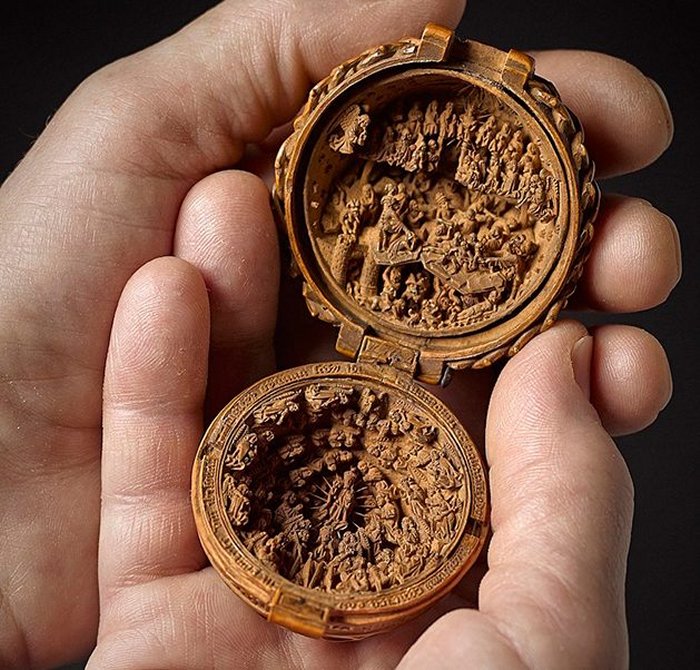 The boxwood miniatures were very popular before the Reformation in Europe. Credit: Ago

Some details made on these objects are tinier than grass seed, and our human eyes cannot analyze all details of the carvings.

Scientists spent more than four years studying these delicate and beautiful objects that are so small they can fit in the palm of your hand. Using micro-CT scanning, Advanced 3D analysis Software, and X-rays, curators and conservators of Small Wonders: Gothic Boxwood Miniatures an exhibition at The Art Gallery of Ontario were able to understand these elegantly precise miniature rosaries, prayer beads, and altarpieces.

“During the closing years of the fifteenth and first third of the sixteenth centuries, a large number of boxwood miniature sculptures was produced in the Southern Netherlands. The majority of the surviving pieces are “paternoster” beads from rosaries, but there are also complete rosaries, miniature triptychs, tabernacles, “memento mori” in the form of coffins, and knives with boxwood handles delicately carved with figures and scenes. Several of these exquisite objects bear shields of arms, some of which have been identified.” 1

The religious miniatures were in high demand before the Reformation period (1517-1648) in Europe. The Reformation led to large shifts in the balance of power in Europe and had an impact on religion. After the Reformation, the boxwood miniatures and other church-related accessories were no longer sought-after.

Some Boxwood Miniatures Were Luxury Products

Some of the boxwood miniatures “were luxury products owned by members of the royal and aristocracy. For example, a complete rosary of carved boxwood beads, preserved at Chatsworth House, belonged to Henry VIII during the period when he was married to Katherine of Aragon, as is indicated by the royal arms accompanied by the inscription He and Ka. 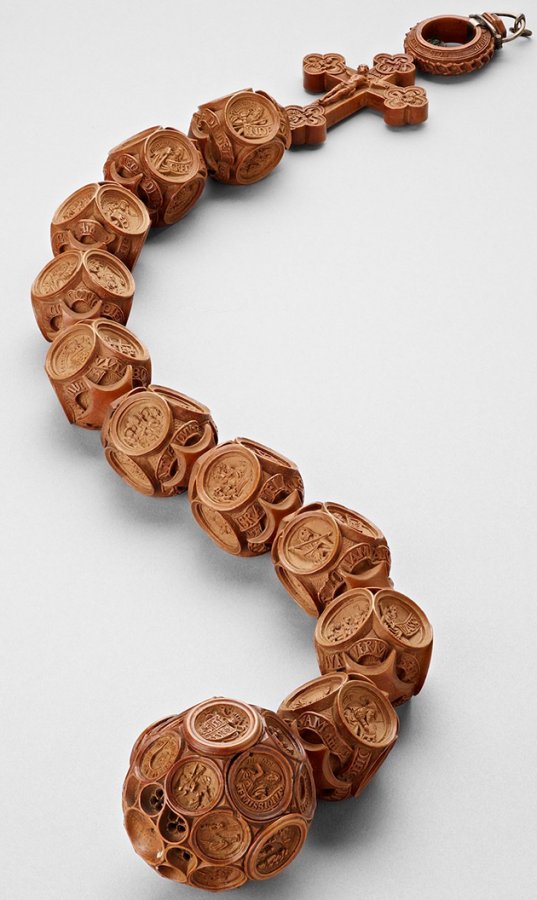 Another rosary in the Musée du Louvre carries the arms of Florent Egmont (1469 – 1539), Count of Beuren and Leerdon, a knight of the order of the Golden Fleece and captain-general of Emperor Charles V’s army, and od Egmont’s wife, Marguerite de Glymes.

If the armorial devices on its leather case are a true guide, Holy Roman Emperor Charles V (1500-1558) probably owned an intricate tabernacle now in the British Museum. A miniature letter M carved in boxwood on the Musée de Cluny in Paris is cited in an inventory of the possessions of Margaret of Austria (1480 – 1530), the daughter of Emperor Maximilian I and regent of the Netherlands.” 2 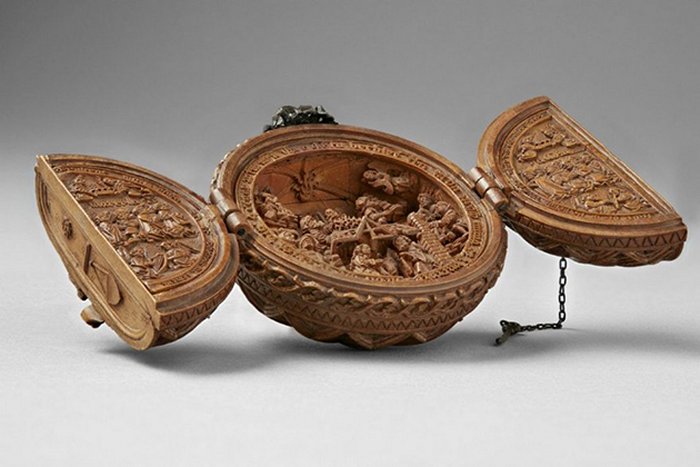 Today, the boxwood miniatures are rare and precious. Some of these tiny religious carvings are kept in museums and a couple can be found in private collections.

Ancient people have long been fascinated with tiny objects and they had a good eye for details. For example, the Minoans who were familiar with the phenomenon of magnification produced sophisticated lenses that were discovered in the sacred Idaion cave.

In order to carve these extremely tiny objects, the Minoans required special tools or at least one tool to magnify the surface. The surface of the objects was almost microscopic or “as tiny as a baby’s thumb-nail”.

Our ancestors’ ingenuity never ceases to amaze us, and we should consider ourselves lucky to have the opportunity to examine these tiny marvels of the ancient world.