Hasankeyf, located on the banks of the Tigris River in southeast Turkey is today inhabited by thousands of residents who have been ordered to leave their homes and evacuate. 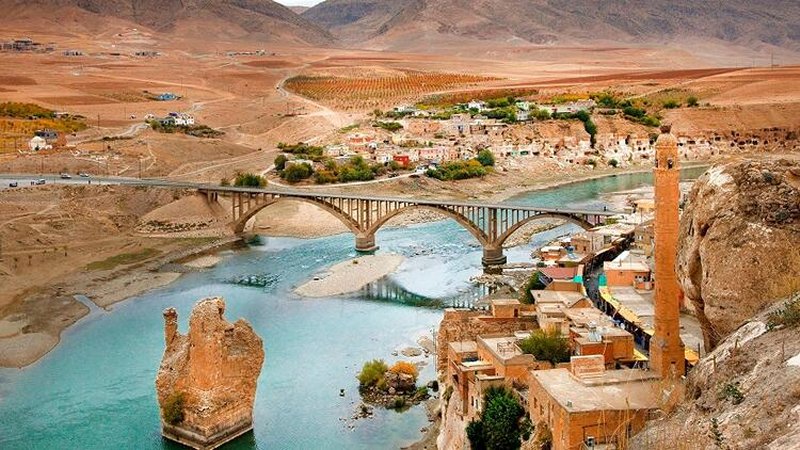 Hasankeyf must be destroyed in order to build the Ilisu Dam, authorities say. Credit: Hurriet Daily

Despite being one of the oldest settlements in Mesopotamia, officials have announced the town's streets, homes and historical sites will be engulfed once a relocation process has been completed, with only its citadel remaining above water.

Among the ancient city’s historically significant features are the remnants of a 12th-century bridge, a 15th-century cylindrical tomb, the ruins of two mosques and hundreds of natural caves.

However, the government has ignored the population’s protests and pressed forward with plans to flood the region.  According to Turkey's Foreign Ministry, the construction of a dam will have several economic and environmental benefits.

The Ilisu Dam will produce power for the region, and once a new road in the area is opened, the ancient town will be closed off.

Hulusi Sahin, the governor of the Batman province in which Hasankeyf sits, said at Friday's meeting that when a new road in the area is opened, the ancient town will be closed off.

"Entry and exit will not be allowed... for this reason, our citizens have to make all their plans in accordance with the calendar of highways. Time is running out, we all have our duties."

CNN reports, “the move was met with outrage from the numerous groups campaigning to save the town, with Hasankeyf Coordination calling it a "cordon of destruction."

But the decision appears set to move a lengthy saga towards a predictably bitter conclusion.

Countries including the UK removed their support for the Ilisu Dam as far back as 2001, and the project has attracted international attention on numerous occasions over recent decades.

In 2008, the dam lost funding from several European firms.”

"The dam will bring only destruction for us," says Ercan Ayboga, a hydrologist at Bauhaus University in Germany and spokeman for the Initiative to Keep Hasankeyf Alive.

Smithsonian reports “ the Turkish government has proposed moving 12 of Hasankeyf's 300 monuments to a newly created cultural park about a mile north of the city. But the plan has not mollified protesters. "It is totally impractical and technically impossible," says Ayboga. 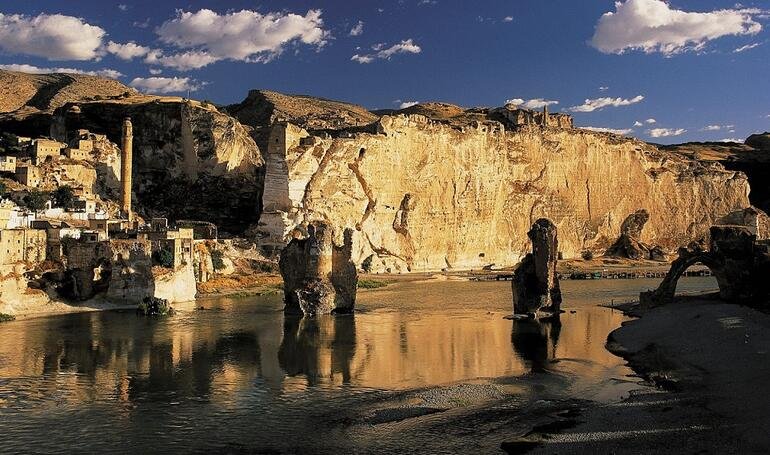 12 thousand years of history will be gone within a month. Credit: Hurriet Daily

Many of the monuments are made from ashlar masonry, he notes, which are uniform stone blocks carefully sculpted to fit together; they cannot simply be taken apart and reassembled. The monuments would lose some of their original details as some blocks break and crumble, and recreating the proper alignment is difficult. "And the dramatic siting, the rock caves, the aspect of the river, all will be lost."

It’s ironic that while some countries and scientists work hard to preserved ancient sites, we see here deliberate destruction of one of the oldest and still inhabited Mesopotamian sites that many consider being the cradle of civilization. To build the damn and save the ancient city is simply impossible.

The ancient city of Hasankeyf, along with the archaeological artifacts still buried beneath it, is doomed to become a sunken treasure.

Residents of Hasankeyf have now one month to evacuate.