Conny Waters - AncientPages.com - New excavations in Uppåkra, Sweden are at the forefront of cutting edge archaeological techniques. By combining big data, data modeling and DNA sequencing, researchers are currently solving significant parts of a historical puzzle. Perhaps we will learn whether the Justinianic Plague, the forerunner of the Black Death, reached Uppåkra. Until now, this has been uncertain.

Torbjörn Ahlström, professor of Historical Osteology at Lund University stands on a hill outside Lund. His gaze falls on the fertile soil that has served people in the area for centuries. 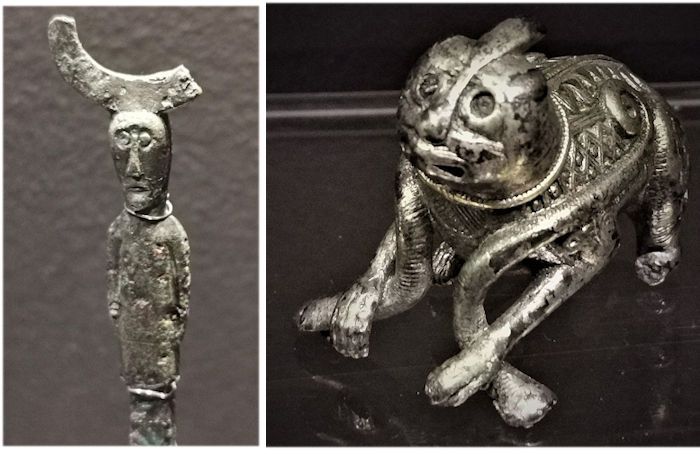 Torbjörn Ahlström is about to start a new project in Uppåkra. Today, it is a quiet village in the countryside of southern Sweden, but earlier in history, it was the most powerful center among the Nordic countries for over 1,000 years (between 100 BCE and the 10th century).

Uppåkra is classified as the largest Iron Age settlement in the Nordic countries, and amongst northern Europe's richest sites for archaeological finds. So far, excavation has been periodic and has covered only a fraction of the area.

"However, the autumn of 2022 is special. We will now reveal Hallen, a 30-meter-long building at the heart of the community, the very epicenter of power in Uppåkra," explains Torbjörn Ahlström.

The archeological team working on Hallen is an experienced group: "ordinary" archaeologists; an archaeologist in charge of stratigraphy (documenting the different cultural layers); an animal osteologist (analyzing animal bones); as well as a palaeobotanist (studying fossilized plants) will all be working on the excavations using the updated toolbox of modern archeological techniques.

"Archaeology is in the midst of its third science revolution, providing us with entirely new opportunities," says Torbjörn Ahlström.

Simply put, the team is combining several different techniques to paint a broad picture of life in the Nordic countries' great power center.

"For example, we use DNA sequencing in combination with isotope analyses of strontium, oxygen, carbon and nitrogen. This has, in fact, revolutionized archaeology and gives us answers about kinship, mobility, habits and health in ancient cultures," says Sandra Fritz, Historical Osteology Project Assistant at Lund University.

By sequencing prehistoric DNA, different findings can be identified and matched against global databases.

"We extract soil DNA from cultivated soil, a method that is completely new, which basically means we take a soil sample and extract all the available DNA," says Torbjörn Ahlström.

In concrete terms, a tube is pushed into the earth and sent to a laboratory for DNA analysis. This technique differs from other types of DNA analyses that are based on bone remnants, from animals or human beings, and not soil.

"Combined with other methods such as micromorphology, archaeogenetics and isotopes and radiographic analyses, it gives us good chance of getting a fairly detailed picture of the prehistoric conditions in Uppåkra," says Sandra Fritz.

"Personally, I hope to find the answer to whether Uppåkra was reached by the Justinianic Plague, the forerunner of the Black Death, which swept through here in several waves between 1300 and 1700. We know that Germany and England suffered from the Justinianic Plague in the 6th century, but it has not yet been pinpointed in Scandinavia," says Torbjörn Ahlström.

Uppåkra was more or less discovered by accident. In 1934, the foundations of a pigsty were to be dug up in the village of Uppåkra, close to the church.

"The soil revealed the first signs of the community in Uppåkra. Today we have 28,000 artifacts; pottery, charred bones and charcoal—in short, a massive prehistoric site," says Torbjörn Ahlström.

The entire Uppåkra site is large, a full 50 hectares, and the excavations are time-consuming. So far, researchers' finds in Uppåkra include a brewery, jewelry and a glass bowl that most likely has been made on the shores of the Black Sea. 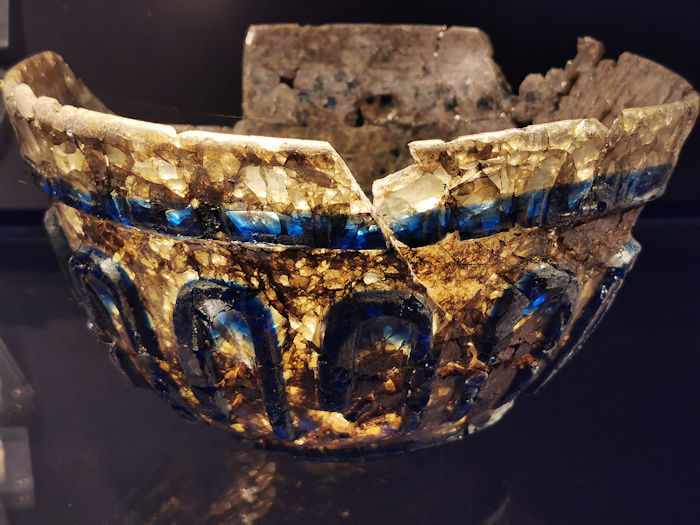 "What was the relationship with the continental Roman Empire? Did the people of Uppåkra fight for it as auxiliary troops?" says Torbjörn Ahlström.

He points out across the valley and walks along the indicated location of the hall. Four wooden stakes are driven into the ground to mark another central location, Kulthuset.

"This is where religious rituals took place, close to the power center Hallen," says Torbjörn Ahlström.

Detailing how Hallen went through at least seven different construction phases, he concludes that the placement of Hallen and Kulthuset was important to people—they have always been rebuilt on the same spot.

"We hope to uncover a lot of finds that can tell us something about the use of power at this time. The history of what actually happened in Uppåkra's Hallen is an indication of what happened throughout a large part of the Iron Age," says Torbjörn Ahlström.