Ellen Lloyd - AncientPages.com - Tsuchinoko is a legendary ancient creature that appears in Japanese myths. Interestingly, people in modern times report having encountered the fearsome snake-like being. Does this mysterious creature exist only in the realm of mythology or could it be an unknown new species?

In Japanese mythology and folklore. Tsuchinoko is described as a creature having a think belly. The Japanese word for Tsuchinoko means “child of the hammer” or “child of dirt”. 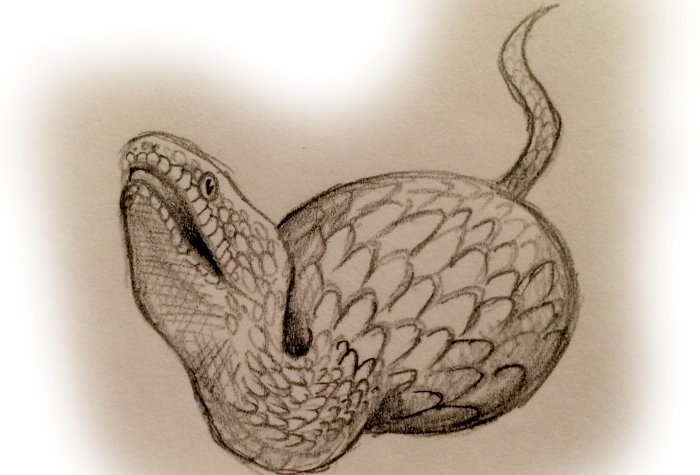 Artistic depiction of the Tsuchinoko. Image credit: A Book of Creatures

In Northeastern Japan, the peculiar being is known as bachi hebi. Like many other mythological creatures, Tsuchinoko often displays supernatural abilities uncommon for animals we are familiar with. For example, despite its small size, being only between 30 and 80 centimeters (12 and 31 inches) in length, Tsuchinoko can jump very high up in the air. It often makes several jumps one after another.

This mysterious creature was “mentioned for the first time in the “Kojiki,” a text from the eighth century, which is Japan’s oldest existing chronicle and the oldest book written in Japanese.” 1

Japanese folklore stories tell the Tsuchinoko possesses the ability to speak and enjoy alcohol. It’s a creature that often lies and swallows its tail. In some ways, Tsuchinoko resembles the legendary American hoop snake. Tsuchinoko is said to inhabit deep, remote mountains and the animal’s color varies, but it’s mostly described as a black or dark brown creature having a thick orange belly.

Some years ago, an unusual reptile was discovered in Mikata a town located in Mikata District, Hyōgo, Japan. Its peculiar appearance brought the legend of Tsuchinoko alive again.

Since no one has ever found a real Tsuchinoko, it was difficult to determine if the unknown reptile was the same legendary snake mentioned in ancient Japanese tales. However, according to local government official Toshikazu Miyawaki, the animal found in Mikita might have been the Tsuchinoko. Its body was very thick and short. Several people also heard its squeak. 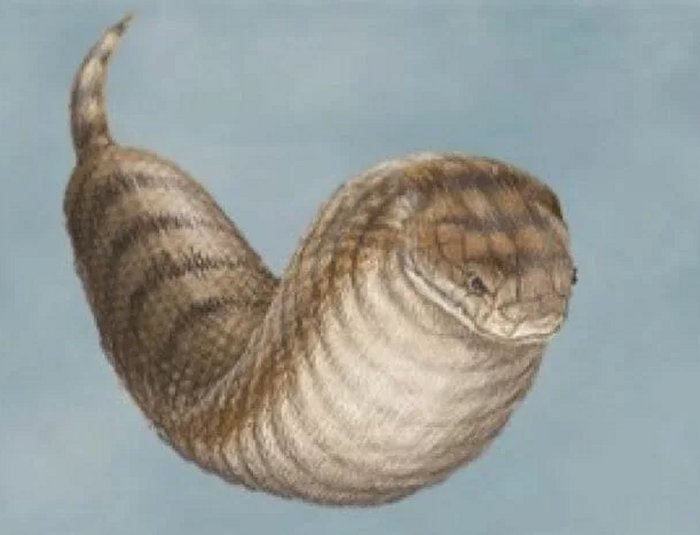 Is the Tsuchinoko an unknown new species? Image credit: hajime-no-ippo/Tumblr

It’s not the first time reports of Tsuchinoko reached the media.

In the opening years of the twenty-first century, there was another tsuchinoko boom, this one occurring when a farmer in a small town in Okayama Prefecture found the remains of a mysterious creature. The discovery set off a frenzy in the mass media, with tabloid newspapers, magazines, and television shows captured people's attention. Eventually, the body was examined by a biologist, who pronounced it “probably a yamakagashi [tiger keelback snake, Rhabdophis tigrinus] but not a normal one.”

The town itself had quickly become identified with the tsuchinoko (there had been earlier sightings as well), and today tsuchinoko is a local brand—you can, for example, buy tsuchinoko wine.” 2

Alleged sightings of Tsuchinoko keep pouring in, but this little creature remains as elusive as ever refusing to give up its identity and reveal its hiding place.

Modern scientists still discovered many previously unknown creatures. So, it’s very possible there is a snake-like animal somewhere that once gave rise to the Tsuchinoko legends, but researchers have just not been able to confirm its existence yet. Perhaps Tsuchinoko resides not in mountains but rather inhabits the deep underwater realm because it has evolved into a semi-aquatic animal.

One should not dismiss the possibility Tsuchinoko is a new species awaiting discovery. However, currently, it is still classified as a Yokai (“Yōkai”), a mysterious, supernatural creature mentioned in Japanese mythology.