Ellen Lloyd - AncientPages.com - In Norse mythology, Seidr is the practice of magic and shamanism.

Shamans played a very important role in Norse society. These enigmatic beings were known for their unusual powers, and they were credited with the ability to alter destiny. Beings who mastered seidr were therefore as much feared as respected by people and even the Norse gods themselves. 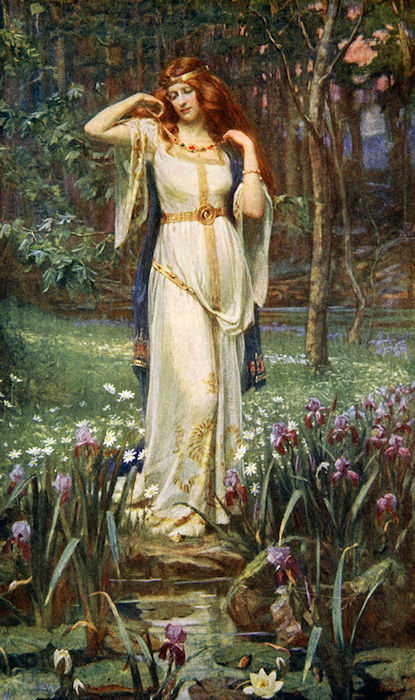 Seidr – How Norse Shamanism Was Used

In his book, The Viking Way: Magic and Mind in Late Iron Age Scandinavia, author and archaeologist Neil Price explains how seidr was used in general. "There were seiðr rituals for divination and clairvoyance; for seeking out the hidden, both in the secrets of the mind and in physical locations; for healing the sick; for bringing good luck; for controlling the weather; for calling game animals and fish.

Importantly, it could also be used for the opposite of these things – to curse an individual or an enterprise; to blight the land and make it barren; to induce illness; to tell false futures and thus to set their recipients on the road to disaster; to injure, maim and kill, in domestic disputes and especially in battle."

A Völva was a powerful female shaman, and her male counterpart was Vitki.

The practice of Seidr (in Old Norse, seiðr) is mentioned in many Norse sagas, and archaeologists have unearthed evidence of Norse shamans' existence.

A mysterious ancient grave with unusual artifacts that belonged to a Völva was found in Denmark. Some objects inside the grave suggest she was a Norse shaman. Scientists discovered an intriguing metal wand and seeds from the poisonous henbane plant inside her tomb. These two particular accessories are associated with a Norse shaman because the name Völva (vǫlva) is Old Norse and means "wand carrier" or "carrier of a magic staff".

The term Seidr originated from the ritual of the Norse to boil salt, which also happens to be a purification rite.

God Odin's Meeting With A Völva

Norse gods relied on the knowledge of a Seidr.

For example, when God Odin was determined to solve the mystery of his son's dreams, he mounted his horse, Slepnir, and made the long journey to the underworld, Nilfheim. There, he called up a Völva, and when she arose from her tomb, Odin introduced himself as Vegtam, the Wanderer, son of Valtam. 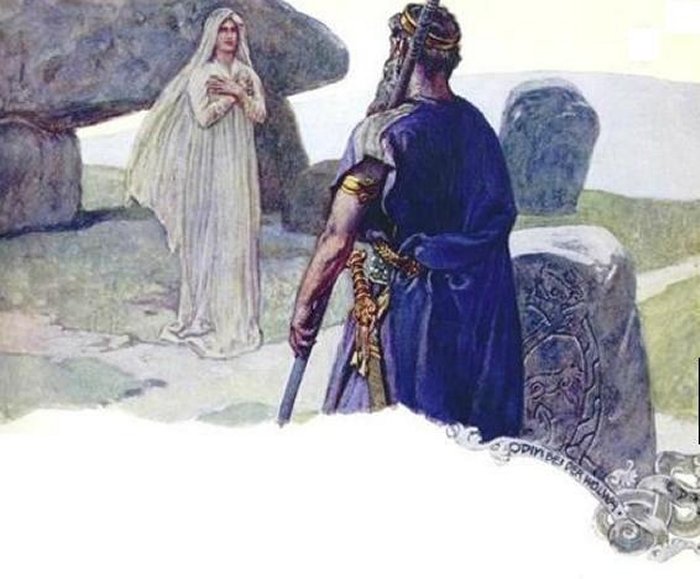 The Völva gave him advice, but as soon as she recognized it was God Odin in disguise, she refused to answer any more questions and sank into her tomb, vowing to speak no more until God Loki's chains were unbound—that is, until the end of the world.

Female shamans were religious leaders of the Viking community, and they were usually required to invoke their deities, gods, or spirits, often before Viking warriors went to war.

Norns Were Masters Of Seidr

Being skilled in the art of magic and prophecy was considered important in the Norse community, as seidr was also God Odin's specialty. Norse shamans were said to possess the ability to shapeshift, send nightmares to people, and alter destiny. 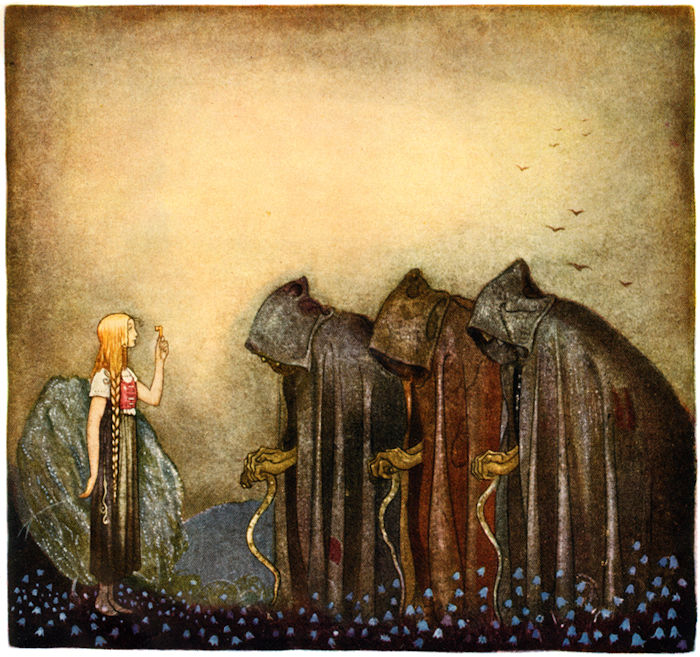 Norns, known as 'Shapers of Destiny' in Norse mythology, were masters of seidr.

The Norns were goddesses who ruled the fates of people and determined individuals' destinies and lifespans.

Three principal and very powerful Norns lived in the mysterious well of Urd ('fate'), which had its location beneath one of the roots of the giant ash tree – Yggdrasill (World Tree"), which formed a column linking the realms of the gods, humankind, the giants and the dead.

We encounter the Norns as goddesses of fate and destiny in Greek, Roman and Slavic mythology.