A. Sutherland - AncientPages.com - Saraswati River is not a legend. It really existed when great civilizations flourished in the northwestern part of India. It has been richly described and celebrated in the Vedas and Puranic literature.

Cities thrived on the banks of the river, while it had run through northwestern India, passing through the plains of Punjab, Haryana, Rajasthan, Gujarat and finally it is believed to have exited into the ancient Arabian Sea. 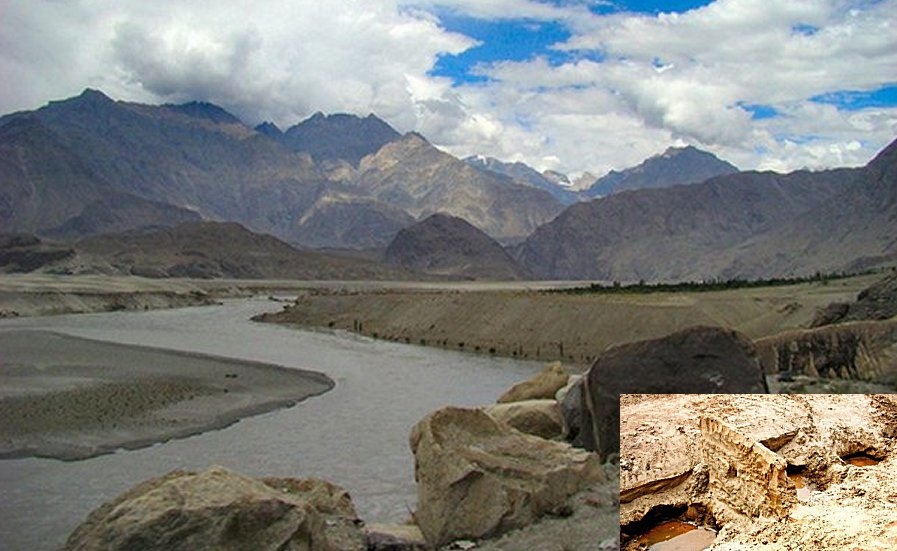 "The Saraswati began to dry out towards the end of the third millennium BC and to all extents and purposes had ceased to flow by the early second millennium BC...'

Saraswati emerged as a mighty river during the warm spell that succeeded the Pleistocene glaciation some 10,000 years ago. It originated from Har-ki-Dun ("Valley of Gods") glacier in Garhwal Himalayas, mountain ranges located in the state of Uttarakhand, India.

During its heydays, the river - described as much bigger than the Indus River - was probably 1500 km long, from 3 to 15 km wide and five meters deep. Then the worst happened and for some unexplained reasons, the river declined and gradually vanished, after famous existence for about 4000 years.

Graham Hancock wrote in his book "Underworld: The Mysterious Origins of Civilization"  that “a river, spoken of repeatedly in the Rig Veda… vanished into the earth, thousands of years ago and that was only revealed again by satellite imaging and remote-sensing technology in the latter half of the twentieth century. 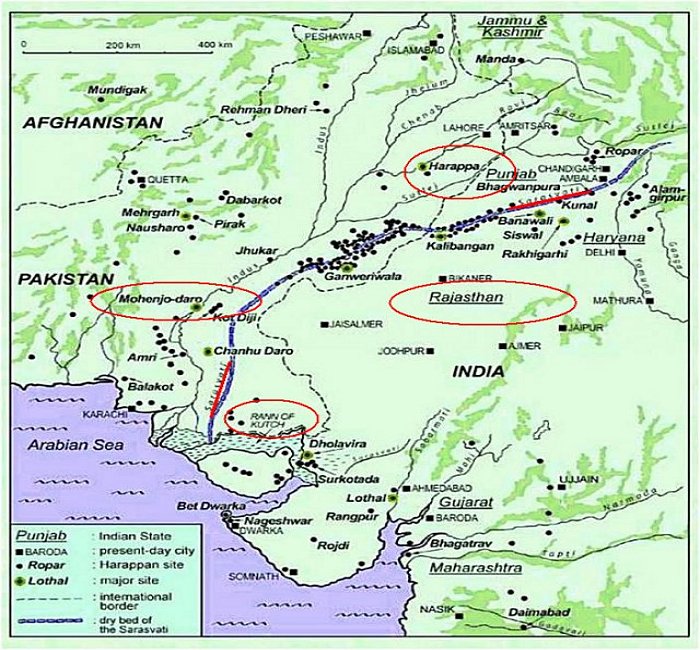 It is the Saraswati - the very same ancient river which now gives its name to the Indus-Saraswati civilization, because large numbers of 'Harappan' and 'pre-Harappan' archaeological sites, dating back at least to the fourth millennium BC, have been discovered close to its former course.

The Saraswati began to dry out towards the end of the third millennium BC and to all extents and purposes had ceased to flow by the early second millennium BC...'

As a result, the flourishing, powerful cities faced the same fate and vanished one by one.

The disappearance of the river has long been a subject of studies and among geologists, archaeologists, geophysicists and climatologists and there are many theories behind its decline. 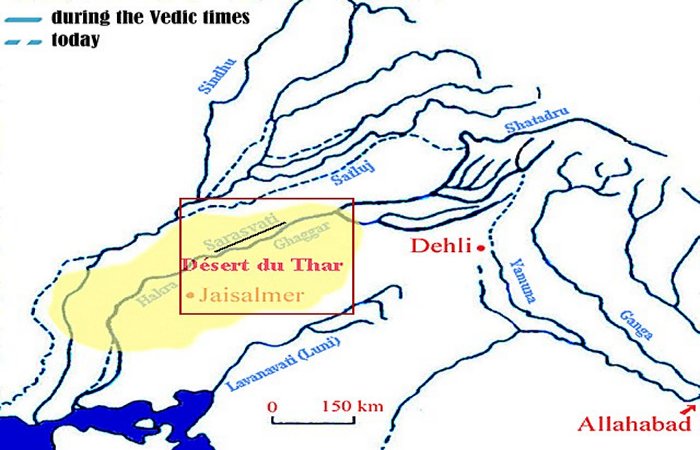 However, even today, the Saraswati River is not considered entirely dead, because the river's bed, which is several kilometers wide in certain places, still stores some water during the monsoon season.

Modern techniques that support Saraswati research, helped to conclude that the water and soil beneath the earth really belonged to the Saraswati river.

Namely, some of the water in parts of Rajasthan was found to be as old as 8000 years; meanwhile, the 'youngest' element was 'only' 2500 years old.

Ancient scripts and seals left behind and plenty of references in the Vedas, Mahabharata, and the Puranas, speak about glorious times of the river and people living in its vicinity.