Conny Waters - AncientPages.com -  A footprint from 29,000 years ago, which was discovered in Gibraltar, could belong to one of the last Neanderthals, according to a team of researchers  from The Gibraltar National Museum and their colleagues from Spain, Portugal and Japan.

The place where the footprint was found. Credit: Universidad de Sevilla

The sand sheets in the rampant dunes above Catalan Bay -  a relic of the last period of glaciation, when sea level was up to 120 m (393ft) below present levels and a great field of dunes extended eastwards from the base of the Rock.

In addition the scientists have found the footprint of a young human (106-126 cm in height), possibly Neanderthal, which dates to around 29 thousand years ago. It would coincide with late Neanderthal dates from Gorham's Cave - considered to be one of the last known habitations of the Neanderthals in Europe. 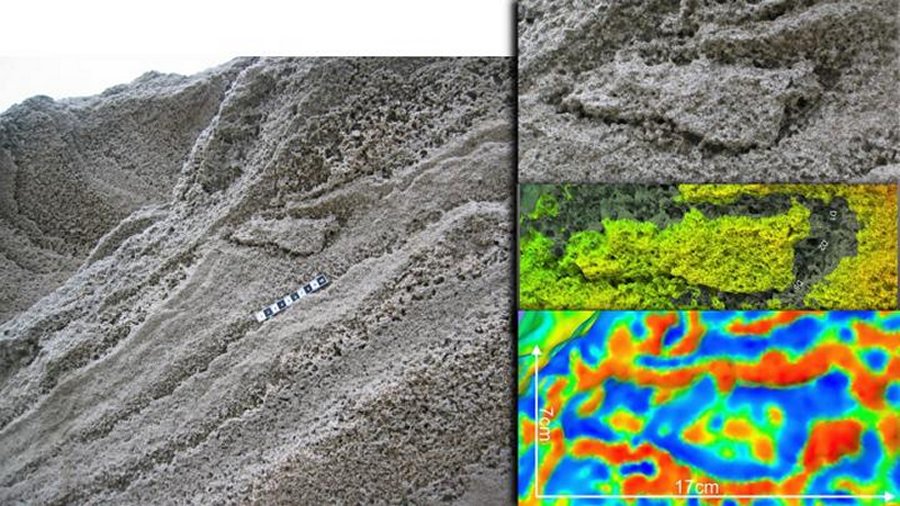 Place where footprint of one of the last Neanderthals was found.Image: University of Sevilla

If confirmed to be Neanderthal, the dunes of Catalan Bay would become only the second site in the world with footprints related to these humans (the other is Vartop Cave in Romania)

"This is extraordinary research and gives us an incredible insight into the wildlife community of Gibraltar's past," Minister for Heritage John Cortes MP said in a press release.

"We should all take a moment to imagine the scene when these animals walked across our landscape. It helps us understand the importance of looking after our heritage. I congratulate the research team on uncovering this fascinating, hidden evidence of our Rock's past."