A. Sutherland - AncientPages.com - In ancient folklore of the Seminole Indians of Oklahoma in the United States, there is a vampire-like creature called a stikini (“man owl”). Likewise, terrifying Stikini legends are widespread among the Creek people. 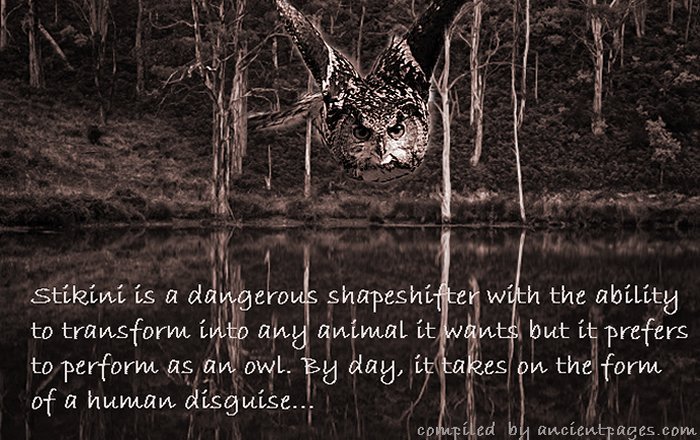 Originally, the Stikini were believed to be malevolent witches, who transformed themselves into undead huge owl-like monsters. Technically dead but constantly reanimated, they could spend their nights seeking human hearts to consume. Hearing the terrifying cry of a Stikini is an omen of impending death.

Many Native Americans who know the Stikini stories avoid mentioning this bizarre creature openly. Usually, only certain medicine people tell about the Stikini without putting someone at risk for turning into it.

By day, Stikini appears as an ordinary human and at night, the Stikini makes terrible things. It vomits up all its internal organs and hangs them in a tree or hides them somewhere else to prevent animals from eating them.

Then, it can change its appearance into a great horned owl. In this disguise, it flies to fly out in search of a sleeping person to prey upon.

It removes the still-beating heart from its victim by pulling it out of his mouth, and then it takes the heart back to its home. It cooks the heart in an enchanted pot and eats it in secret. The Stikini needs to consume one human heart each night while for example, Jiangshi, a Chinese “hopping vampire” kills living creatures to absorb their ‘qi’ ‘life force’, according to Chinese legends.

Before dawn, the Stikini returns to its hidden organs and swallows them, and then its looks again as an ordinary human being.

Is There Any Protection Against Stikini?

Ancient people believed that there may be a way to get rid of the creature but it is very difficult.

At first, a person has to find its organs hidden by the Stikini while the creature is still hunting and then destroy it before dawn, which guarantees the death of the monster. Sunlight is also disastrous for the creature Stikini who has not turned back into a human shape.

This can be done with some specially chosen arrows, which are decorated with owl feathers, then ritually blessed and dressed with sacred herbs. When the Stikini returns to consume its organs, one can fire upon it with the magic arrow, as this is the only time that the creature is vulnerable.

The creature is a dangerous shapeshifter with the ability to transform into any animal it wants but it prefers to perform as an owl. 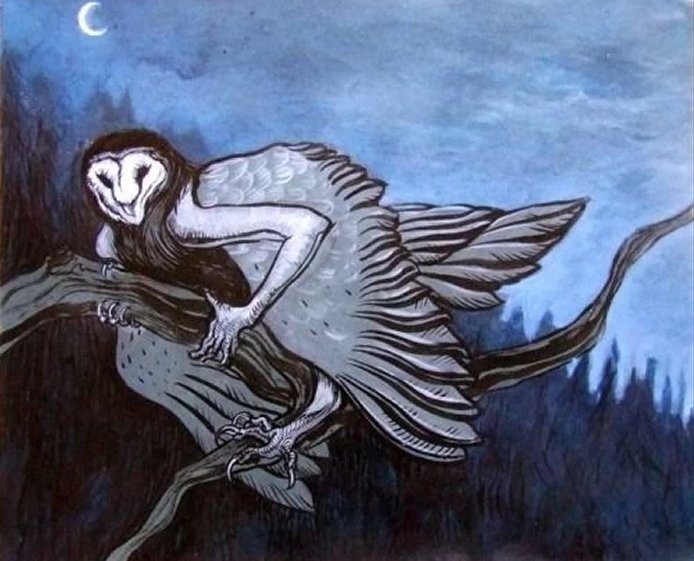 By day, it takes on the form of a human disguise; it undergoes a physical (or perhaps even mental) transformation. It lives its daily life of a human, socializes within the community, and mimics the human’s behavior perfectly without being exposed.

The creature’s true origin is camouflaged and there is no way to reveal it.

The Stikini folklore is rather widespread and popular among Natives of America. Though the shapeshifting evil creature originates in Seminole lands, over the years, many legends and stories about Stikini have circulated in swampy regions of New Jersey and Michigan.

Bennett A. Global Legends and Lore: Vampires and Werewolves Around the World