The walls of the two uncompleted tombs are painted in bright colors with religious scenes. 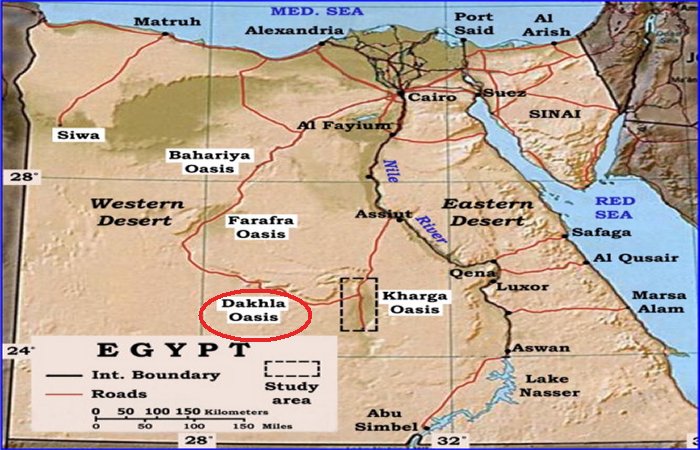 Mostafa Waziri, the secretary-general of the Supreme Council of Antiquities, explains that the first tomb has a 20-step staircase covered with plaster, which leads to a native made of limestone, reports Ahram Online.

The main hall of the tomb is made of mud brick with a vaulted ceiling that is partly destroyed. Its northern wall has two burial chambers containing a collection of human skulls and skeletons as well as clay lamps and pots. 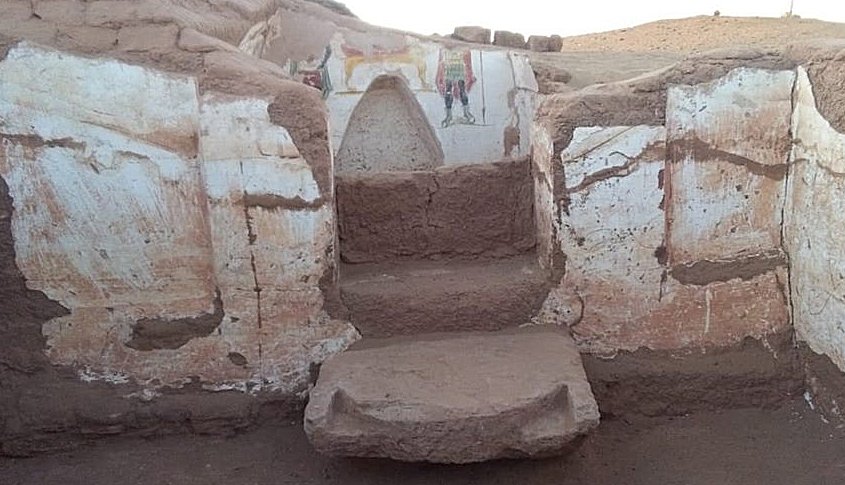 According to Aymen Ashmawi, the head of the Ancient Egyptian Antiquities Department, the second tomb has a funerary corridor that leads to a vaulted chamber on its northern wall.

It holds a niche engraved with a painted scene depicting the mummification process. 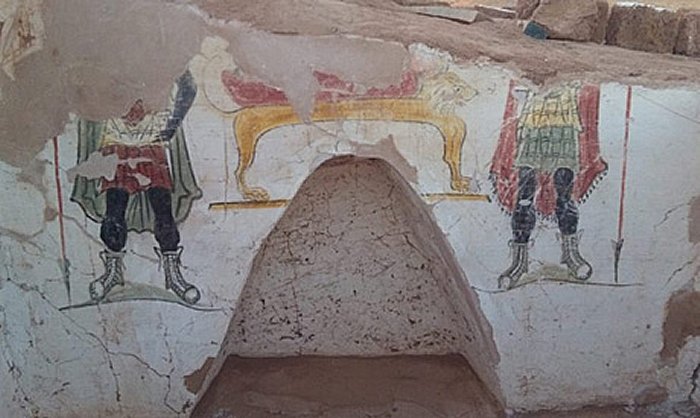 As many as ten other tombs were recently found in the area. They have a very distinguished architectural style, with pyramid shaped roofs and each tomb consisting of two or three levels.

The Village of Mut is one of the sixteen villages located in in Dakhla Oasis.  It is inhabited by more than 100,000 inhabitants and is considered a ciy rathert than a village. The name Mut was derived from the ancient Egyptian goddess, Mut, wife of the famous god Amun and the most important deity among the gods of Thebes. Like many oases of Egypt such as Siwa Oasis, Mut has an old city which is situated on the highest hill of the town and features mud bricks walls and narrow lanes.

Southeast of Mut is "Mut El Kharab", or the ruined section of Mut, which is a badly-preserved Roman settlement that was inhabited until the beginning of the 20th century.