A. Sutherland - AncientPages.com - On December 26, 1900, something strange and unexplained happened on the largest of the Flannan Islands, Eilean Mor, Scotland.

Three lighthouse keepers disappeared into the night, never to be seen again. Their mysterious disappearance still baffles historians and scientists.

The three lighthouse keepers, Captain Thomas Marshall, James Ducat and Donald McArthur, vanished on the island without a trace, leaving only speculation behind. 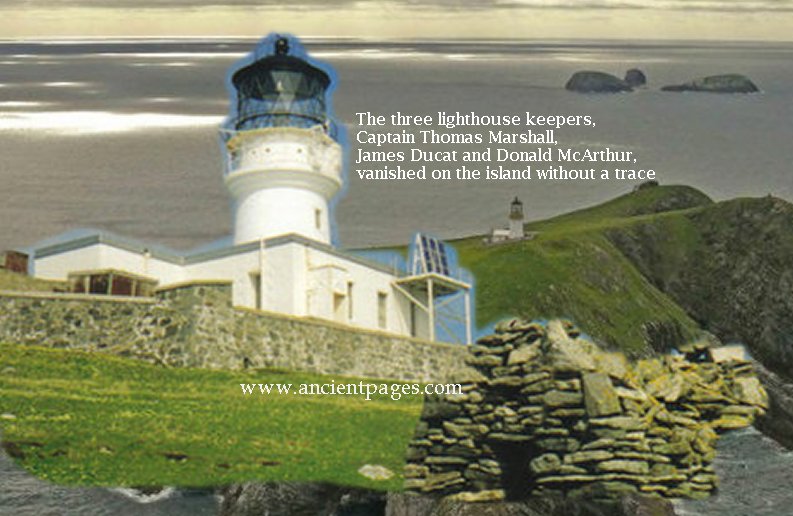 A small ship was sent to the Flannan Islands in the remote Outer Hebrides. Its destination was the lighthouse at Eilean Mor. Named after St. Flannen, a 6th century Irish Bishop who later became a saint, the island was completely uninhabited, apart from its lighthouse keepers.

The ship carried supplies and a change of crew, but due to the storm, this was delayed. When the ship arrived at Eilean Mor, there was no sigh of the three lighthouse keepers. Captain James Harvey, who was in charge of the supply ship blew his horn and sent up a warning flare to attract attention, but there was no response.

Under normal circumstances, someone should have been waiting at the front of the lighthouse to welcome the ship.

It all seemed very strange. The interior of the lighthouse itself was as should be, with oil in the lamps waiting to be lit and ashes in the grate. The only thing which appeared out of the ordinary was the two sets of missing oilskins - the outdoor gear the keepers donned.

Only one set remained, belonging to Donald McArthur. Obviously he had gone outside in a ferocious storm in just his clothes.

This was not only unheard of but also illegal. One of the rules of the Northern Lighthouse Board was that one man always must remain inside the lighthouse. So, why did he leave the lighthouse?

Captain James Harvey quickly sent back a telegram to the mainland, which in turn was forwarded to the Northern Lighthouse Board Headquarters in Edinburgh.

A dreadful accident has happened at Flannans. The three Keepers, Ducat, Marshall and the occasional have disappeared from the island. On our arrival there this afternoon no sign of life was to be seen on the Island. 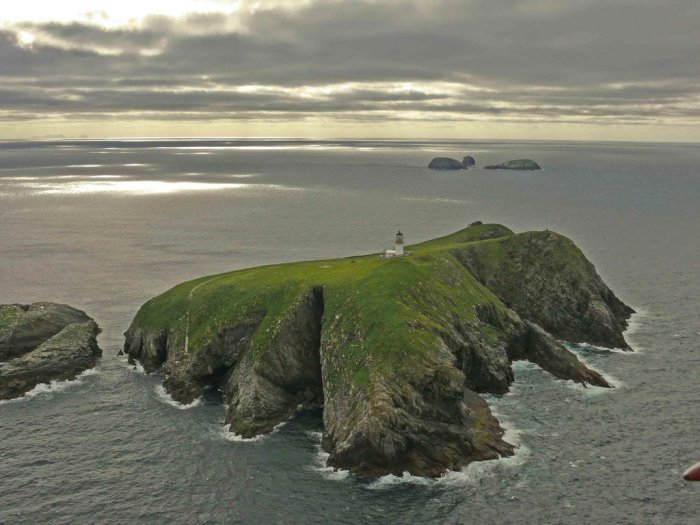 Fired a rocket but, as no response was made, managed to land Moore, who went up to the Station but found no Keepers there. The clocks were stopped and other signs indicated that the accident must have happened about a week ago. Poor fellows, they must have been blown over the cliffs or drowned trying to secure a crane or something like that.

Night coming on, we could not wait to make something as to their fate.

I have left Moore, MacDonald, Buoymaster and two Seamen on the island to keep the light burning until you make other arrangements. Will not return to Oban until I hear from you. I have repeated this wire to Muirhead in case you are not at home. I will remain at the telegraph office tonight until it closes, if you wish to wire me.

A few days later, Robert Muirhead, the board’s supernatant who both recruited and knew all three men personally, departed for the island to investigate the disappearances.

His investigation of the lighthouse found nothing over and above what Moore had already reported. That is, except for the lighthouse’s log…

Muirhead quickly noticed that the last few days of entries were unusual.

On the 12th December, Thomas Marshall, the second assistant, wrote of ‘severe winds the likes of which I have never seen before in twenty years’.

He also noticed that James Ducat, the Principal Keeper, had been ‘very quiet’ and that the third assistant, William McArthur, had been crying.

What is strange about the final remark was that William McArthur was a seasoned mariner, and was known on the Scottish mainland as a tough brawler. Why would he be crying about a storm? 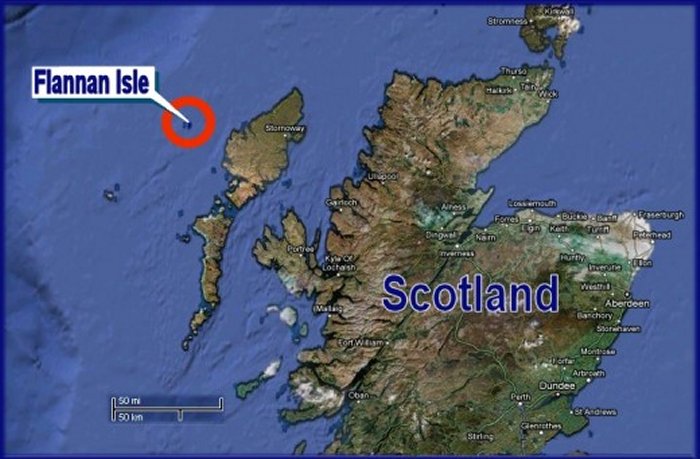 Log entries on the 13th of December stated that the storm was still raging and that all three men had been praying. But why would three experienced lighthouse keepers, safely situated on a brand new lighthouse that was 150 feet above sea level, be praying for a storm to stop? They should have been perfectly safe.

Even more peculiar is that there were no reported storms in the area on the 12th, 13th, and 14th of December. In fact, the weather was calm, and the storms that were to batter the island didn’t hit until December 17th.

The final log entry was made on the 15th of December. It simply read ‘Storm ended, sea calm. God is over all". What was meant by ‘God is over all’?

Investigators concluded that two of the men must have been outside during the storm and were swept away by the waves.

Donald McArthur then ran out to their rescue but was also swept away. But even the official investigation was mere speculation as no proof to this story has ever appeared and the explanation left some people in the Northern Lighthouse Board unconvinced.

Many are still wondering why none of the bodies washed ashore?

It is simply as if the three men walked off the island never to be seen again. Over the following decades, subsequent lighthouse keepers at Eilean Mor have reported strange voices in the wind, calling out the names of the three dead men. Several speculations have emerged, but the fact remains – the mysterious disappearance of the three lighthouse keepers remains unsolved.