AncientPages.com - Tower of London is today a great tourist attraction, but the castle built on the north bank of the River Thames has not always been a place you would gladly visit. Built by William The Conqueror in the 1070s, the tower served as a prison from 1100 until 1952.

Executions were more commonly held on the notorious Tower Hill. The Tower of London has sad and dark history. During the Wars of the Roses, King Henry VI was murdered here in 1471 and, later, the children of his great rival Edward IV – the Princes in the Tower - vanished within its walls in 1483.

Another famous person who was held captive within these walls was Sir Walter Raleigh, one of the most famous explorers of Elizabeth I’s reign.  Sir Raleigh was long one of the Queen’s favorites, but his reckless nature eventually made him unpopular at court and he became one of many prisoners who ended in the Tower of London. He was help imprisoned for 13 years until he was beheaded in 1618 for allegedly conspiring against King James I. 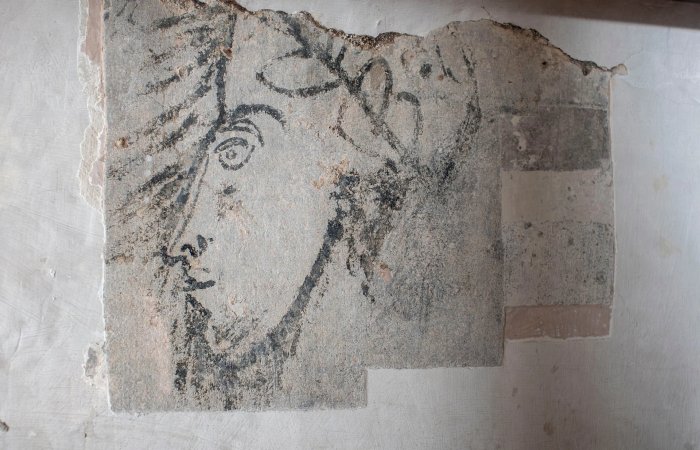 The portrait inside the Bloody Tower of the Tower of London CREDIT: HEATHCLIFF O'MALLEY

It should be added that Sir Raleigh’s life in the tower was not a complete misery. He had of course no liberty, but he lived there together with his wife and son, another son was conceived there, and they even had servants.

During his many years of imprisonment, Sir Raleigh also grew a large herb garden in the Tower grounds so he could concoct a cordial, known as his “Great Cordial of Elixir” and he had an incredible library.

“Because there are quite a number of aristocratic and distinguished prisoners at the time, they had quite a lot of freedom in terms of writing, reading and experimenting. Raleigh himself experimented with different medication and produced his famous cordial there. We know that he had a fantastic library,” Dr Agnieszka Sadraei, HRP’s historic buildings curator said.

Historians have now accidentally discovered what they think could be a self-portrait of Sir Walter Raleigh, within one of the chambers in which he was confined. There is still no conclusive evidence the painting depicts Sir Raleigh himself. It could be a portrait of the subsequent prisoners held after he was taken to his death. 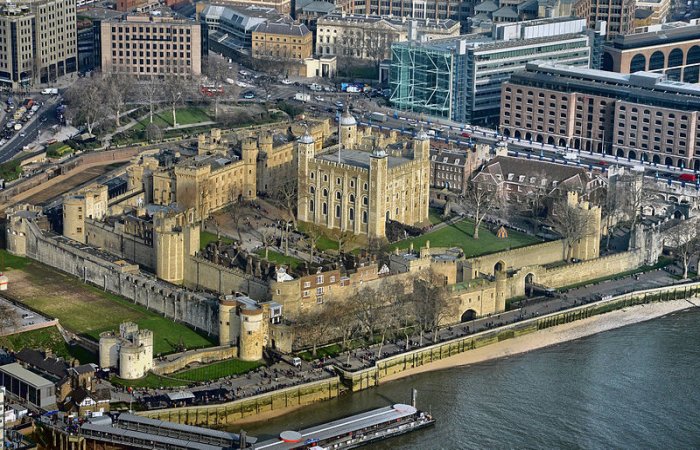 According to the Telegraph, “the head, depicted in profile and adorned with a laurel wreath, had been completely hidden from view until now by layers of white paint and plaster. Historians believe that there is more to be uncovered.”

Dr Tracy Borman, joint chief curator for the Historic Royal Palaces (HRP), the charity that manages the Tower of London, among other sites, told the Telegraph: “I’m hugely excited about it. It’s a once-in-a-career find… It’s just extraordinary… To come across something like that, in an area of the Tower that we thought we knew inside-out, is fantastic.

Is This The Face of Queen Elizabeth I?

Elizabeth Woodville: Mother Of The Princes In The Tower And Commoner Queen

“We know a lot about the building history of the Tower, the bricks-and-mortar. But we know a good deal less about how the Tower appeared decoratively... That has simply been lost over the centuries… A remnant of that just gives you a glimpse into another world, another century.”

“There’s so much that we still don’t know about the Tower. It is about 1,000 years old and we can still discover new things.

We are hoping that further investigation will prove that it is connected to Raleigh, which would be absolutely fantastic,” Dr. Sadraei said.

Who knows how many more ancient secrets are hidden in the Tower of London.