AncientPages.com - A team of archaeologists has uncovered evidence indicating that Mayan elites lived in the pre-Hispanic city of Teotihuacán, located northeast of Mexico City more than 1,000 kilometers from the center of their civilization. 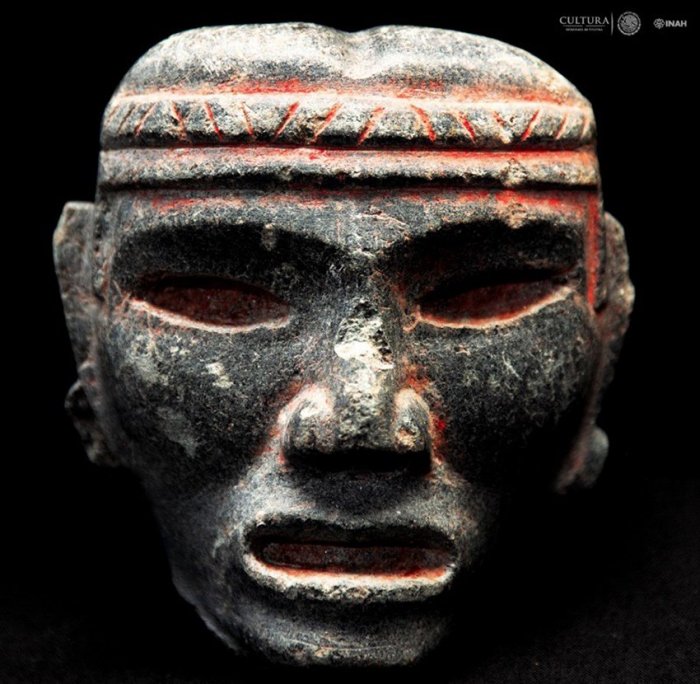 The National Institute of Anthropology and History (INAH) said in a statement that" the remains of a Mayan-style mural and offering as well as fragments of Mayan ceramics and bones of thousands of sacrificed people were found in the Plaza of the Columns, which is positioned between the Pyramids of the Sun and Moon," reports Mexico News Daily.

The discoveries confirm the existence of a relationship between the Mayan and Teotihuacán civilizations, which were geographically separated by 1,300 kilometers.

“Epigraphic texts found in [pre-Hispanic] metropolises like Tikal, in the Petén Department of Guatemala refer to the contact that both cultures maintained during the fourth century of our era. 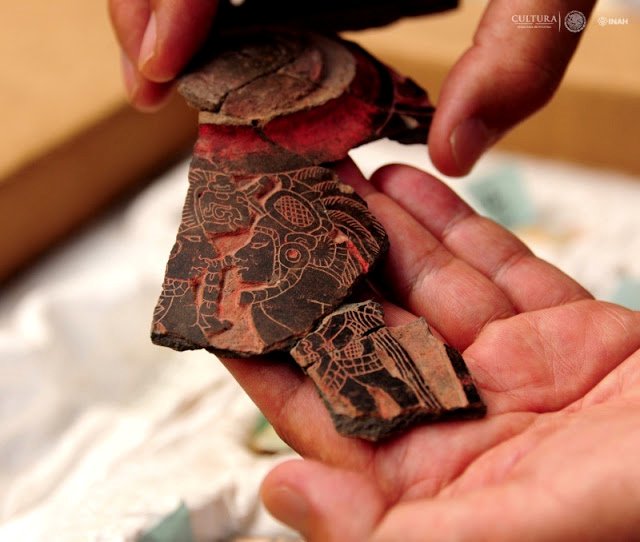 This piece shows a person with a headdress of wolf tails, symbol of the elite.

However, until today, little evidence of the same had been found at the great metropolis of the Mexican highlands [Teotihuacán], where new discoveries indicate the residence of the Mayan elite in the City of the Gods,” the archaeologists said.

“Through the excavation of wells in addition to the outline of a tunnel, it has been determined that the structures of the Plaza of the Columns were used for administrative and ceremonial activities and probably as a residence not just for the Teotihuacán elite but also the Mayan elite, at least until 350 A.D., when both [cultures] dominated the scene during the classic period in Mesoamerica.”

“. . . The remains of the mural in the Plaza of the Columns allow us to affirm the presence of the Mayan elites in Teotihuacán, and that their presence wasn’t periodic for ritual purposes but permanent," said Saburo Sugiyama, a Japanese academic at Arizona State University who has conducted field work at Teotihuacán for the past 38 years.

“It’s probable that the artists who painted the mural and the highest-ranking Mayan political officials lived in a building to the north of that site,” he said.

While the mural remains in pieces, its features including Mayan glyphs and small human figures along with its distinctive style leave no doubts that it is the work of an artist or artists “who knew to perfection the iconography” of the Mayan culture, Sugiyama said.