Conny Waters - AncientPages.com  - The largest known figurine workshop in the Mayan world, has been discovered by archaeologists working in Guatemala.

The workshop dated to between 750 and 900 AD, made intricate, mass-produced figurines that likely figured heavily in Mayan political customs. 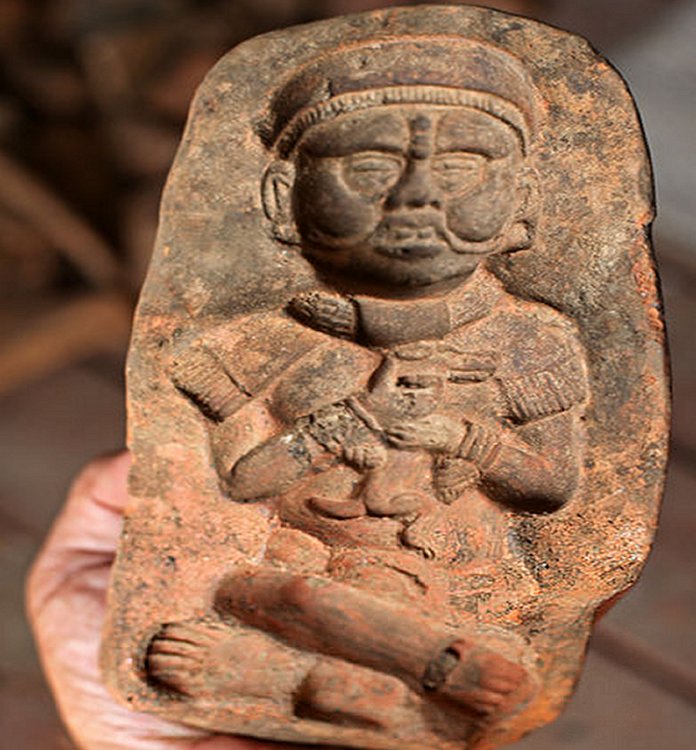 A giant figurine workshop from the end of the Late Classic period in Maya history (approximately A.D. 750-950). The collection includes hundreds of beautiful molds and figurines featuring an elaborate Maya style, which the Maya people are believed to have traded throughout the northern highlands and lowlands.

An archaeologist at Winthrop University in Rock Hill, South Carolina, Brent Woodfill, and his colleagues excavated the site, called Aragón, and surveyed it with a drone.  Archaeologists were able to recover more than 400 fragments of figurines and the molds for making them, as well as thousands of ceramic pieces—more than at any other discovered Mayan workshop.

The collection includes hundreds of beautiful molds and figurines featuring an elaborate Maya style, which the Maya people are believed to have traded throughout the northern highlands and lowlands.

“It looks like it was all just a single, relatively short occupation, but since a lot of the ceramics are actually a bit later, it looks like the people from this town really reached their peak of influence and power after a lot of the lowland cities started to collapse, which is something we've long suspected about the area but never been able to prove,” Woodfill explained in a press release.

The site, “El Aragón,” isn’t in the best condition, with newly minted and level housed lots, roads cut through and some leveled hills. Due to urban sprawl, political strife and a lack of monumental architecture, little work has been done in the region. In fact, the last archaeological investigation of the region was in 1952.

The archaeologists believe that these figurines discovered at the site, played a key role in Mayan politics and economics, and they were given to allies in order to strengthen the Mayan important relationships.

The discovery of Aragón workshop suggests that much earlier existed an important city in the region. This unknown Maya city was most probably both flourishing and powerful.

It also appears to have survived and even thrived, as nearby cities such as Cancuén, a major trade center, specializing in jade, pyrite and obsidian) city during the Classic Period, which reached its peak during the 7th century, but finally succumbed to political turmoil that unleashed a 3-century-long “collapse” around the Mayan world.