Ellen Lloyd - AncientPages.com - More and more modern physicists are seriously considering the possibility that our world may be surrounded by several invisible realities that co-exists next to our own.

The Multiverse theory is controversial, fascinating and it gains popularity among modern scientists.  There are some clues that support the parallel universes theory, but conclusive proof has not yet been presented. 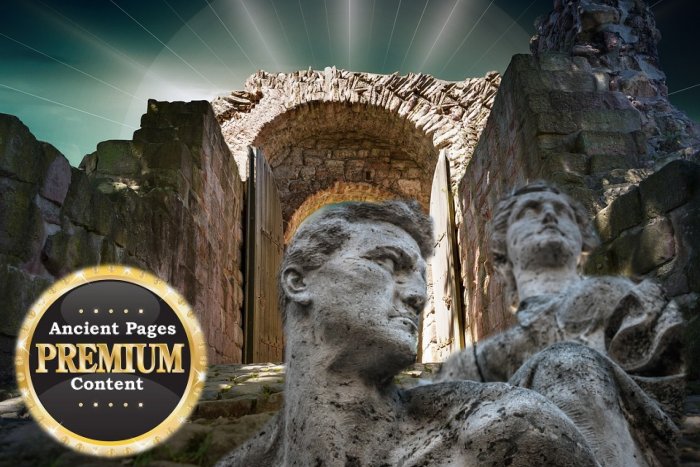 More scientific work needs to be done before researchers can be confident they have found evidence of the existence of the “multiverse”. If and when this happens, it will undoubtedly be a major breakthrough in physics and cosmology.

In one of our articles, published by MessageToEagle.com we discussed what amazing events we could witness simultaneously, if we could access higher dimensions.

As incredible as it may sound, “we could see the construction of the pyramids at Giza, the end of World War II and an important event of the future we still know nothing about. History of the past, present and future would become available to us, just like a movie.”

Unfortunately, we do not have access to higher dimensions, but the superstring theory, one of the leading theories today has the potential to unlock one of the biggest mysteries of the universe, namely how gravity and quantum physics fit together.

What is interesting for us is that there are so many accounts of people claiming that they have witnessed incredible scenes from the past at certain locations.

Is it possible that our world is surrounded by hidden portals leading to other worlds invisible to the naked eye? Can people sometimes stumble upon a portal to another dimension and witness something from another world?

Strange glimpses from the past have been reported by several people in East Anglia. There are accounts of these curious incidents which are hundreds of years old. All reports are independent from each other and written down by reliable people who lived during different epochs. The most intriguing part is that these ancient accounts state the same thing. People witnessed events that took place a very long time ago. They saw something they shouldn’t have seen! How is possible? Could these people accidentally encountered a time portal that opened a window to the past?

Yes, it sounds incredible, but we cannot dismiss these ancient reports without further investigation and archaeologists, historians and geologists are baffled by these cases.

Thanks to our great scientific achievements, we possess much knowledge about the world we live in, but we must remain modest and admit there is still plenty we do not fully comprehend about the nature of our so-called reality.