AncientPages.com - A 2,800-year-old stele from the ancient Urartu civilization which had been missing for the past 120 years has been discovered in Turkey's eastern Van province.

The stele belonged to Urartian King Minua (810-780 BC) and was unearthed by German archaeologists who conducted excavations in 1891. 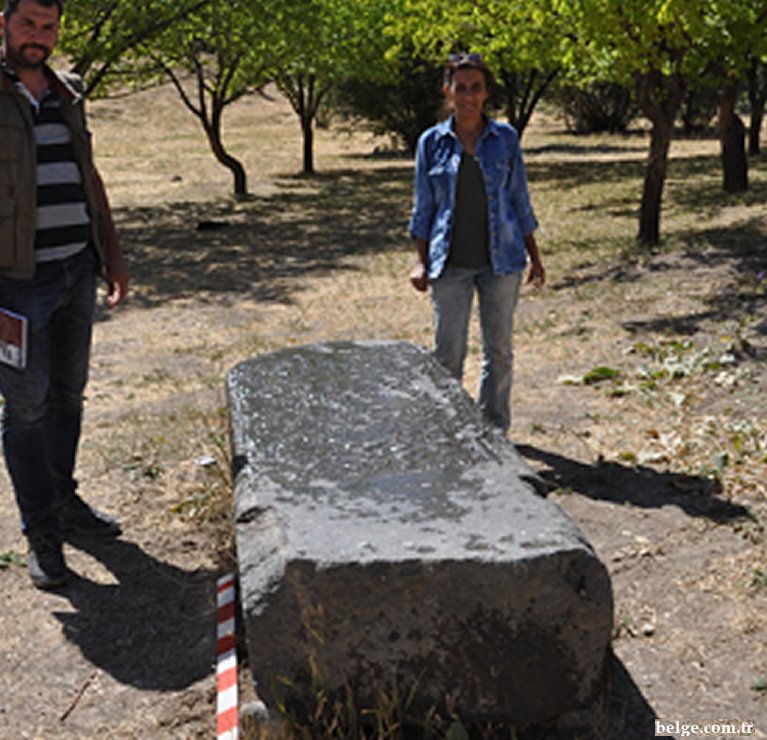 The artifact - made out of basalt - measures 2 meters and 20 centimeters in length and is covered with 36 rows of cuneiform script, which epigraphist Kenan Işık said was dedicated to the king's vineyard. The stele also explains libation rituals made by Urartian God Haldi and Goddess Arubani from the wine obtained from the vineyard.

Some other Urartian tablets were also found in the area.

Urartu was an Iron Age kingdom centred on Lake Van in the Armenian Highlands on he mountainous plateau between Anatolia, Mesopotamia, the Iranian Plateau, and the Caucasus Mountains.

The kingdom was established around mid ninth century BC and was conquered by the ancient Iranian people of Medes in the early sixth century BC. Its name originates from Assyrian sources, which say that Shalmaneser I (1263–1234 BC)  recorded a campaign, in which he subdued the entire territory of "Uruatri."

The Hebrews referred to it as Ararat and in more modern times it has been named Kingdom of Van.

The fall of the Kingdom of Urartu is shrouded in mystery but it is known that the kingdom was
succumbed in around 585 – 590 BC.

The stele has been transferred to Van Museum Directorate and will soon be put on display for visitors.