AncientPages.com - The first dedicated House of Commons chamber, destroyed in the 1834 Palace of Westminster fire, has been reconstructed with the help of 3D visualization technology.

The House of Commons took shape in the medieval chapel of St Stephen, formerly a place of worship for the royal family.  With few traces of the original building still remaining, echoes of the life of the chapel can only be found in centuries-old documents in parliamentary and national archives. 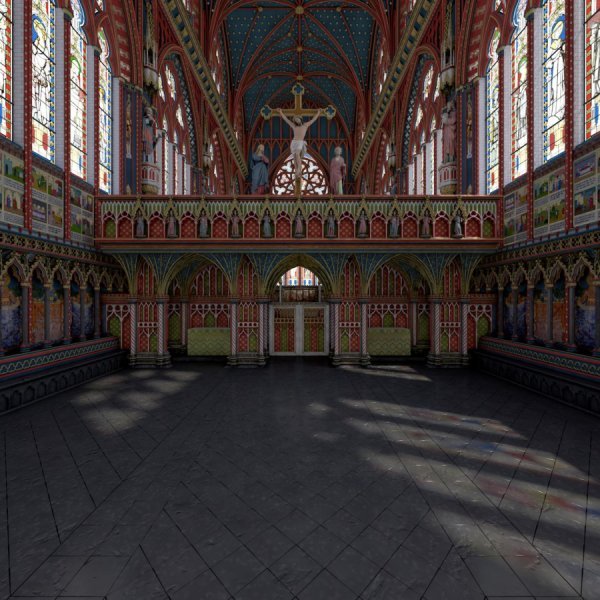 St Stephen’s was built by King Edward I to be a show-case of English royal splendor. Image credit: University of York

Art historians at the University of York have now brought St Stephen’s Chapel and the Commons chamber back to life by pioneering a technique combining traditional archival research with digital reconstruction.

3D models of the Chapel and House of Commons have been installed on a touch-screen display in the Palace of Westminster, and are now launching online.  The models reveal not only the colors and textures of the building, but also parallels between political debate in the 16th century and today.

Dr John Cooper, from the University’s Department of History, said: “St Stephen’s was built by King Edward I to be a show-case of English royal splendour.  When the Chapel was dissolved during the Reformation, it became a meeting place for politicians to debate the issues of the day. 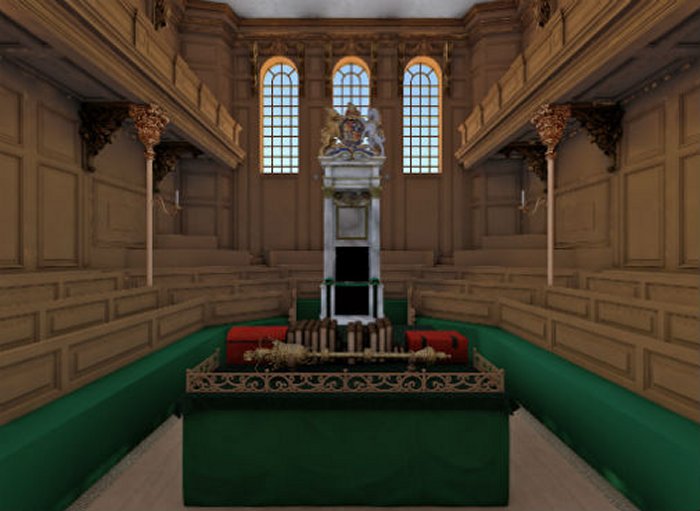 The seating of the Commons was arranged so that politicians would be facing each other at close quarters, much like today.Image credit: University of York

“Members of Parliament had previously met in a number of different locations.  Once they took occupation of St Stephen’s, however, they never left, even though there was never a grand plan for a new home for the House of Commons.

“The move into St Stephen’s was a by-product of the Reformation, but it had profound consequences for the future of British politics.

“When the Commons was gutted in the Westminster fire of 1834, a new debating chamber was constructed of strikingly similar design.  Our politicians still meet there today, in a Victorian re-imagination of a medieval and Tudor building.  It’s a fascinating example of continuity in British political culture.”

Records reveal not only how St Stephen’s Chapel was built, the masons, painters, sculptors and many workmen involved its construction and how much they were paid, but also the politics later conducted within its walls.

The seating of the Commons was arranged so that politicians would be facing each other at close quarters, much like today.  The overcrowding in the room meant that discussion could rise to intense levels.  When divisions were called, some MPs were reluctant to get up to vote in case they lost their seats to someone else.

Chris Bryant MP said: “The shape and architecture of St Stephen's Chapel frame so many aspects of how we do our business in the Commons today.

“We shouldn't be bound by our history, but we should understand it better.  This University of York project is enabling us to do just that.”

Dr Cooper added: “It has been a fascinating journey through time and has taken us in unexpected directions.  Officials at the Palace of Westminster have really embraced the project and we have presented our findings at Parliamentary committees, where we hope our research will influence discussion on the restoration and renewal work required within the building today.”