Conny Waters - AncientPages.com - A 1,000-year-old bronze coin was accidentally found by a little boy (now four-years-old) in Burglengenfeld in the Upper Palatinate, Bavaria, in the southeastern part of Germany. 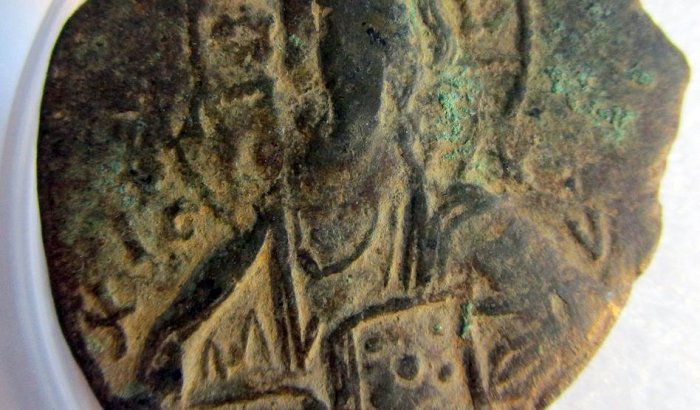 Experts from the Bavarian State Office for the Preservation of Monuments examined the coin and informed that the artifact weighs eight grams and has a diameter of 2.8 centimeters in size, was minted in Byzantium in the 11th century, (also called Constantinople) - today's Istanbul.

The front of the coin is decorated with a bust of Christ with a beard and coronation coat. The back shows a cross with the inscription "IS-XS" and "bAS-ILɛ / bAS-ILɛ", which means "Christ, King of Kings" and refers to the great Christian tradition of the then Eastern Roman Empire.

It is believed the coin is not a part of a buried treasure but rather a single find (perhaps the Byzantine coin that once fell out of someone’s pocket).

Today, it is difficult to recreate the Lengenfeld Castle’s history, but another explanation could be that one who lost the coin was among attackers who laid siege to the castle.

Another theory proposes that the site may have served as a place of arrival of the medieval crusaders in the years 1095 to 1291, for example when they returned to the Holy Land after several years of migration.

However, there are many other speculations as well. Lengenfeld Castle originates from the 10th century and the current appearance dates from the first half of the 12th century.