AncientPages.com - A unique statue, possibly of Queen Tiye, the wife of King Amenhotep III and grandmother of King Tutankhamun, has been unearthed at her husband's funerary temple in Kom El-Hittan on Luxor's west bank. 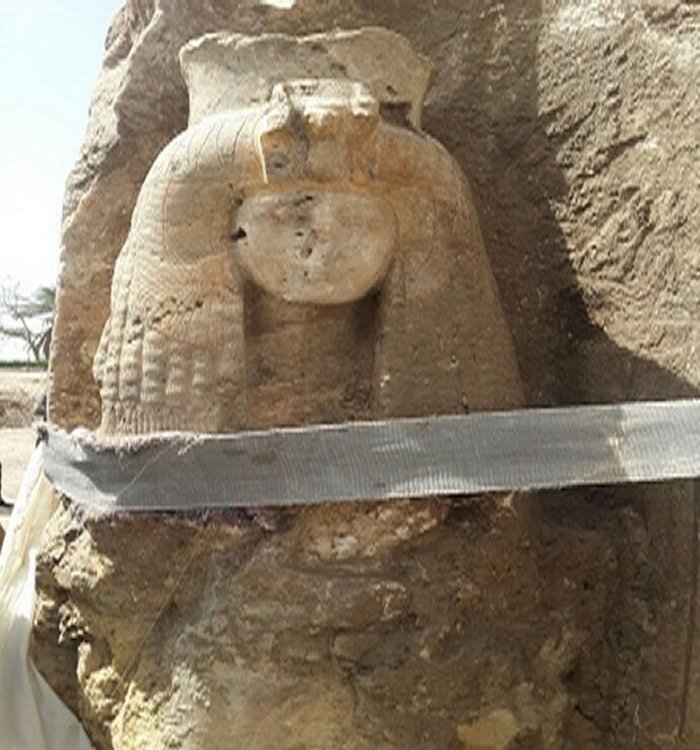 The discovery of the statue, which is described as "unique and distinghuised", was made accidentally while archaeologists were lifting up the lower part of a statue of king Amenhotep III that was buried in the sand.

"The Queen Tiye statue appeared beside the left leg of the King Amenhotep III statue," said Hourig Sourouzian, head of the European-Egyptian of archaeologists working in the area. She also added that the statue still keeps its colors well and is well preserved. However, the statue will the subject of restoration. 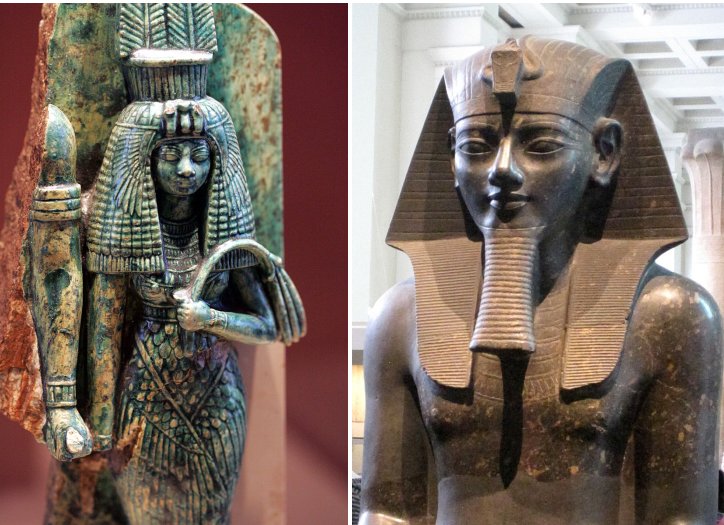 Left: Queen Tiye, whose husband, Amenhotep III, may have been depicted to her right in this broken statue.
Right: Amenhotep III colossal statue. Image: Wikipedia

Interesting is that no alabaster statues of Queen Tiye have been found until now; all previous her statues found in the temple were carved of quartzite, said Minister of Antiquities Khaled El-Enany who visited the site to inspect the recent discovery.

Queen Tiye (c. 1398 BC – 1338 BC), was the Great Royal Wife of the Egyptian pharaoh Amenhotep III.
She was the mother of Akhenaten and grandmother of King Tutankhamun. In 2010, archaeologists found her mummy in the tomb of Amenhotep II (KV35) and were able to identify her it as "The Elder Lady".

According to some of Amarna Letters, Queen Tiye was a very influential lady at court who acquired independent wealth owned separate from the wealth  of the royal house.