Ellen Lloyd - AncientPages.com - What happened to the 200 missing pages of the Aleppo Codex? Were the Biblical pages lost, deliberately destroyed, stolen or perhaps hidden somewhere?

Many efforts have been made to locate the rest of this valuable ancient book, but so far, no-one has been able to solve the mystery of what really happened to the Aleppo Codex. 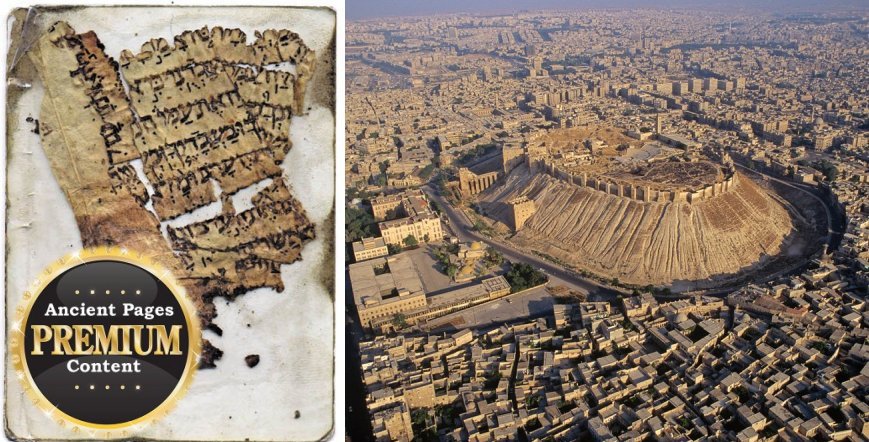 The Aleppo Codex Is The World’s Oldest Hebrew Bible

Written in about 930, the Aleppo Codex has 294 parchment pages, written on both sides. It contains the full manuscript of the Bible.

It is the oldest Hebrew Bible in existence and it considered to be one pf the most ancient books. The codex, also known as the Crown of Aleppo, was written by scribes called Masoretes in Tiberias, Israel. According to tradition, early in the sixth century, a group of sages led by the Ben-Asher family in Tiberias, on the Sea of Galilee, undertook the task of creating a formal and final text.

The Dead Sea Scrolls are a thousand years older than the Aleppo Codex, but the ancient scrolls lack vowels and a discussion of different textual problems and their solutions. The Aleppo Codex features both vowel markings and marginal notations.

The Aleppo Codex was the perfect version of the Bible and intended to be the model for all subsequent copies, but book’s early history was troublesome and the manuscript was nearly lost a long time ago. But somehow, against all odds, the book survived.

For more than a thousand years, the manuscript was preserved in its entirety in important Jewish communities in the Near East: Tiberias, Jerusalem, Egypt, and finally in the city of Aleppo in Syria.

The Ancient Manuscript Contains A Curse And Warning