AncientPages.com - On Sep 21, 1780 –General Benedict Arnold (1740 – 1801) met with British Major John Andre and gave to him plans to West Point. It was during the American Revolution and his behavior has always been considered as a traitorous pact.

Benedict Arnold became one of history’s best-known traitors of the American Revolution. 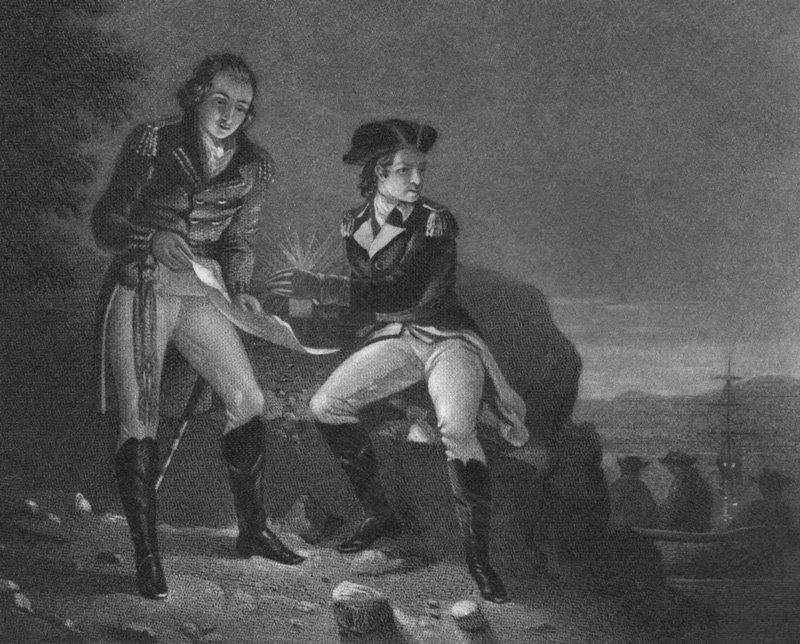 Benedict Arnold was born in Norwich, Connecticut, on January 14, 1741. A member of the Sons of Liberty, Arnold rose to the rank of general in the Continental Army during the Revolutionary War.

Many times Benedict Arnold proved himself a brave and skillful leader, a successful general during the American Revolutionary War – until he became a spy for the British, plotting to arrange a siege of West Point.

He and British Major John Andre conspired to help the British seize control of West Point, an American fort on the Hudson River, but Andre was caught and the plan was revealed.

Arnold escaped to the British side and Andre was hanged as a spy.

For the remainder of the war Arnold led British forces against American colonists, and then settled in London as an officer. The British didn’t exactly welcome him as a hero, and the rest of Arnold’s military career was over.

He started a not-very-successful shipping business, and died in London in 1801. However, his name lives on in the United States as a byword for treachery.