A. Sutherland - AncientPages.com - The name ‘Bes’ is related to the Egyptian dwarf god, a grotesque figure who protects against snakes, misfortune, and evil spirits.

The same name ‘Bes’ has been also used to describe a number of deities and demons of Egypt, such as Aha. Amam, Hayet, Ihty, Mefdjet, Menew, Segeb, Sobdu, and Tetetenu, and all of them have characteristics similar to god Bes. 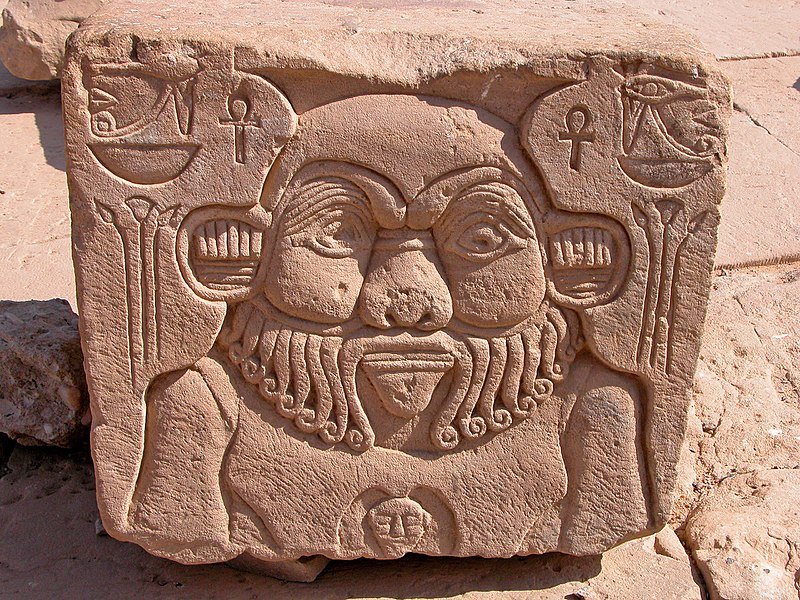 The top of a column from the Temple of Hathor. Philae Temple, Aswan, Egypt. Image credit: Dennis Jarvis - CC BY-SA 2.0

Therefore, Bes (or Bisu) is an elusive and very complex, and not always clearly understood figure, and yet, Bes came to be one of the most popular and widespread of all Egyptian gods. However, not much is known about his rather obscure beginnings.

For instance, it is not known whether he had African or rather Near Eastern roots, but he is attested as a powerful deity in Egypt since Old Kingdom times, despite his appearance, which is unusually different from that of Egyptians.

Over time, Bes’ appearance changed many times but he was believed to be a charitable deity helping people and doing good acts. 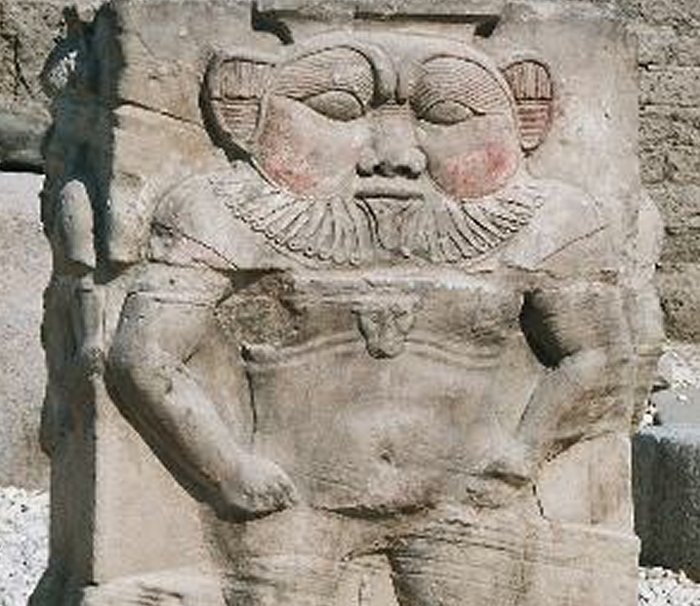 The appearance of god Bes has been often compared to African pygmies and especially depictions of Bes from New Kingdom times ((ca. 1550–1070 BC) display his dwarfism: a dwarf-like, bearded figure with shortened legs and an enlarged head with large staring eyes and protruding tongue; he has the mane of a lion and a lion’s tail.

After the New Kingdom, Bes’ appearance changed again and he was wearing the leopard skin worn in certain ritual ceremonies, but sometimes, the elusive god Bes is depicted wearing a plumed headdress and is given a large belly.

As the protector from snakes, depictions present him holding or biting serpents, which means Bes is most probably an avatar of the demon Aha, who strangled serpents in his bare hands.

Bes could carry musical instruments and even dance, but holding his swords and knives, he was capable to ward off evil spirits, too. Due to his protective qualities, this mysterious Egyptian dwarf god was widely accepted as a military deity.

Bes has no cultural center, but his statues were found in the birth house at Dendera, in temples situated at Abydos, and in homes of all Egyptians who worshiped him. Many depictions of Bes have also been found painted in rooms of the palace of Amenophis II at Malqata and in homes of ordinary workmen’s houses at Deir el-Medina.

Never official or exclusive but simply down-to-earth, the god Bes was therefore very popular. He has always accompanied people because he was found depicted on mirrors, jars, and cosmetics  and on headrests and bed because he protected the sleeper;

Bes is fascinating and amazing; in Ptolemaic times, for instance, we can recognize Bes in incubation or ‘Bes chambers’ with a naked goddess, probably busy with healing rituals.

Bes - respected in Cyprus, Syria - he was also loved by the Romans, who depicted him wearing a legionnaire's dress uniform.