AncientPages.com - On May 29, 1660, Charles II was restored to the throne. The years of his reign are known in English history as the Restoration period, when Cromwell's regime was abolished and the monarchy restored.

The day of May 29 is known as Restoration Day or Oak Apple Day.

Charles II was a popular king. His political adaptability and his knowledge of men enabled him to steer his country through the convolutions of the struggle between Anglicans, Catholics, and dissenters that marked much of his reign. 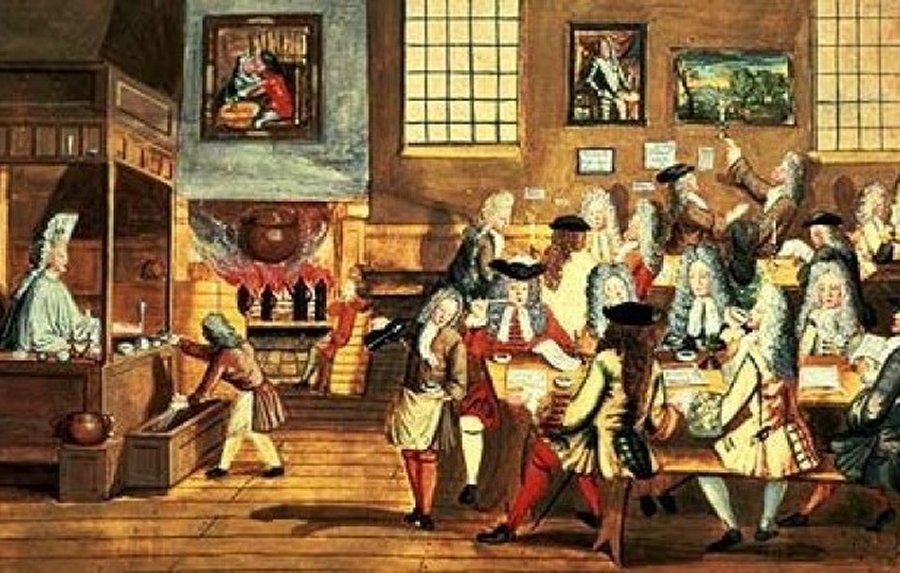 Cromwell was both admired and condemned; he was also very controversial. His regime could not survive without him; his son Richard assumed power on his father's death, and proved unable to hold the nation together.

The army had no confidence in his son and successor Richard Cromwell, and recalled Parliament, which dismissed Cromwell the younger, and appointed its own army leaders.

A long period of chaos was finally ended.

Charles was in exile in France when he heard of the offer, which he accepted gladly.

He came to London on his thirtieth birthday, 29th May 1660, and this day was declared a public holiday that lasted until 1859, and became known as Oak Apple Day. 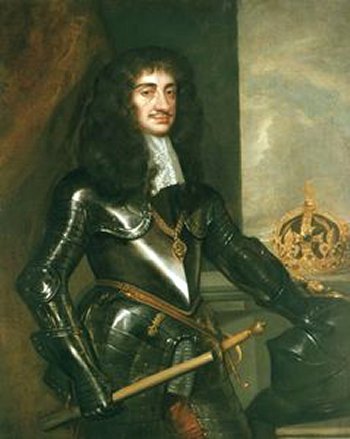 The Restoration and Charles' coronation mark a reversal of the rigorous Puritan morality.

Theatres reopened after having been closed during the protectorship of Oliver Cromwell, women were allowed to perform on the commercial stage as professional actresses for the first time, dancing and public entertainment were permitted once again and and drinking became a way of life.

In Scotland, Episcopacy was reinstated.

To celebrate the occasion and cement their diplomatic relations, the Dutch Republic presented Charles with the Dutch Gift, a fine collection of old master paintings, classical sculptures, furniture, and a yacht.
Charles died peacefully in his bed surrounded by six of his sons and several daughters.

Charles' queen, Catherine was not able to produce an heir but Charles had several mistresses many of whom gave him children. Charles' favorite son, James, Duke of Monmouth, was a popular figure, but being illegitimate could not succeed to the throne and so the crown passed to Charles' brother.