A. Sutherland - AncientPages.com - Three huge Viking swords tower over Hafrsfjord just outside  Stavanger, Norway. This extraordinary artwork - Sverd I Fjell (Swords in Rock) was created to commemorate Norway's unification as a single kingdom in 872.

The three swords are more than just a tourist attraction. The monument is of great historical importance. The memorial was made by Friz Røed (1928-2002) and unveiled by King Olav in 1983. 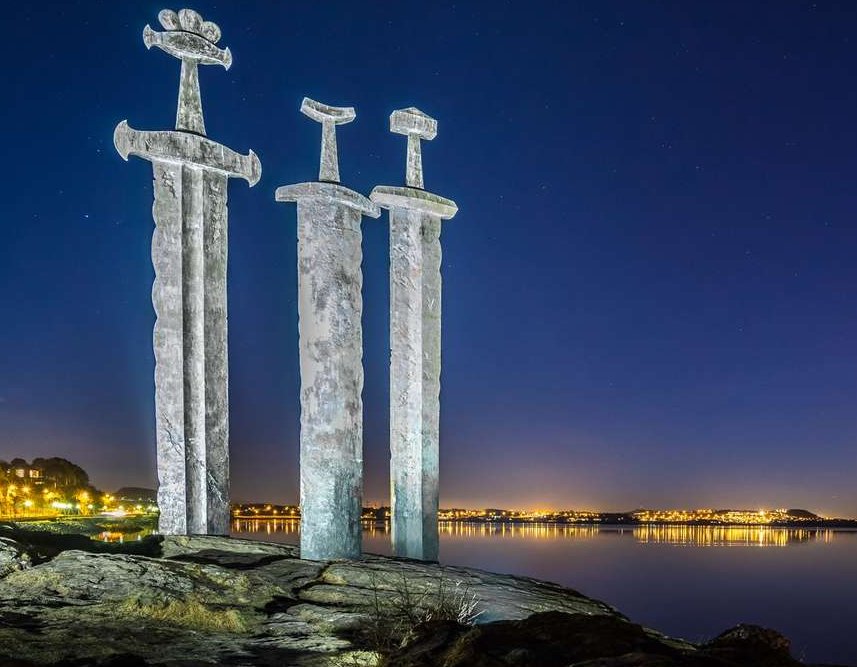 It commemorates the Battle of Hafrsfjord in 872. It was at this place that Harald Fairhair (Norwegian: Harald Hårfagre) fought a battle that united Norway into one kingdom in 872 AD.

Harald Fairhair reigned from c. 872 to 930 and is today recognized as the first King of Norway.

Little is known about this royal personality. Although Harald's life is described in several of the Kings' sagas, they were written around three centuries after his lifetime. The lack of existing sources makes it very difficult to reconstruct his life.

The accounts of Harald and his life differ on many points, and some of the content may be uncertain. However, it is clear that in the 12th and 13th centuries, Harald played a crucial role 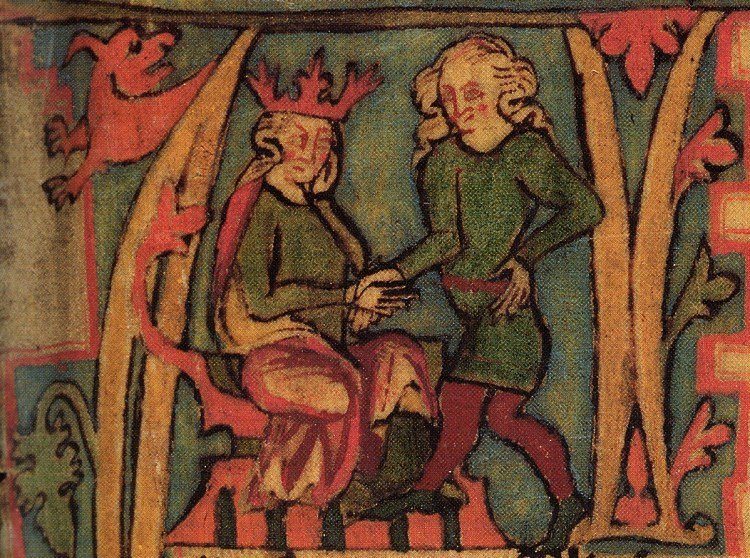 In the early Middle Ages, Norway was divided into many small kingships. According to the sagas, Harald Fairhair (ca. 865 – ca. 933) united Norway into a single kingdom and played a crucial role in this political process.

The Battle of Hafrsfjord, which supposedly took place in about 885, is regarded as decisive in the unification of Western Norway. The battle is described in the Saga of Harald Fairhair in Snorri's Heimskringla.

According to Snorri's saga, King Harald Fairhair defeated several kings, but even before the battle, he controlled large parts of southeast Norway.

Other sources claim that the eastern part of Norway was under the Danish king. The Battle of Hafrsfjord marks the final crushing of opposition from Norway's southwestern portion. 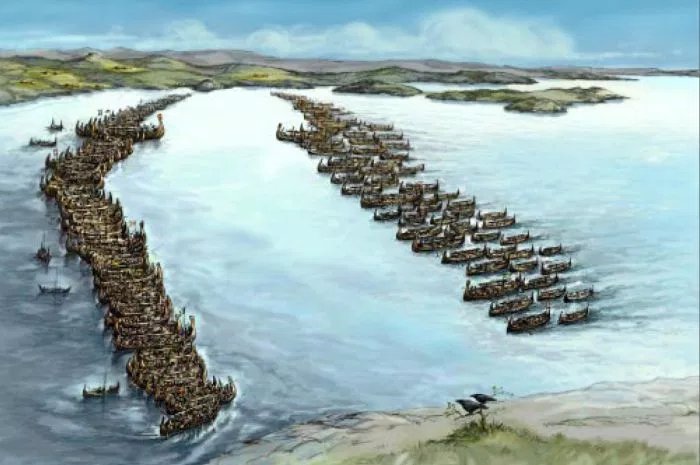 The The naval battle in Hafrsfjord in about 872 AD is one of the largest in the history of Norway (Photo: Sola Historielag)

It made it possible for King Harald to subdue the country and collect taxes from a large part of it. Many defeated who would not submit to Harald's rule emigrated to Iceland.

Winning the Battle of Hafrsfjord resulted in King Harald I of Norway's declaration to become the sole ruler of Norway. This battle may have been the largest in Norway up to that time and for a good while afterward.

The King's sons, Eric Bloodaxe and Haakon the Good, succeeded Harald in becoming kings after his death.

When we look at the three swords in the rock, we should not forget that they represent peace, unity, and freedom.

The Stavanger Region – Swords in Rock
Heimskringla, The Chronicle of the Kings of Norway