A. Sutherland - AncientPages.com - The oldest surviving royal library in the world is that of Ashurbanipal, King of Assyria (668-around 630 BC). British Museum archaeologists discovered more than 30,000 cuneiform tablets and fragments at his capital, Nineveh (modern Kuyunjik). 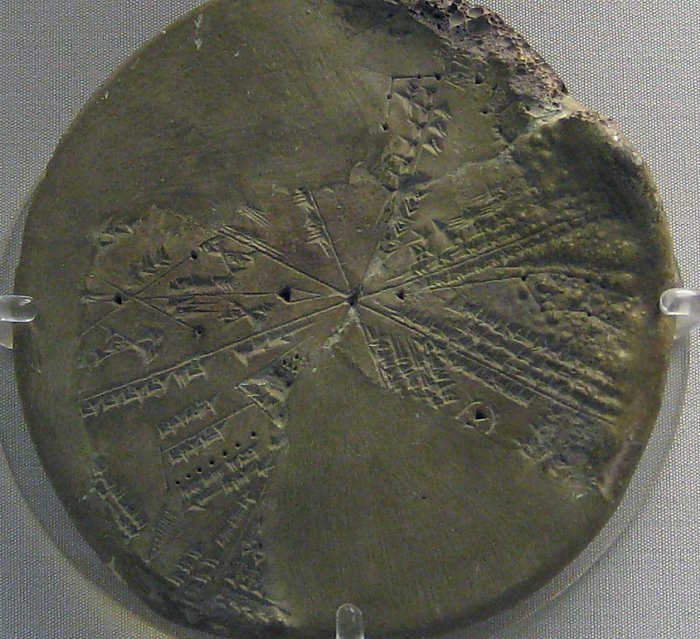 Part of a circular clay tablet with depictions of constellations (planisphere); the reverse is uninscribed; restored from fragments and incomplete; partly accidentally vitrified in antiquity during the destruction of the place where it was found. Found in Kuyunjik, ancient Nineveh, in the so-called “Library of Ashurbanipal”. Neo-Assyrian period. Image source:

This treasure-house of learning has held unparalleled importance to the modern study of the ancient Near East ever since the first fragments were excavated in the 1850s.

King Ashurbanipal was the ruler of ancient Assyria, famous for his military accomplishments. However, Ashurbanipal's establishment of a great library in the city of Nineveh is considered of far greater importance.

Assurbanipal was the last great king of the Assyrian Empire (934-609 BC), and reigned from 668 BC to about 630 BC. It took him four years to suppress a revolt organized by his older brother Shamash-shum-ukin, the king of Babylon (667-648 BC).  Still, Assurbanipal's reign lasted much longer than his predecessors and he was a capable ruler who controlled almost the entire Near East. 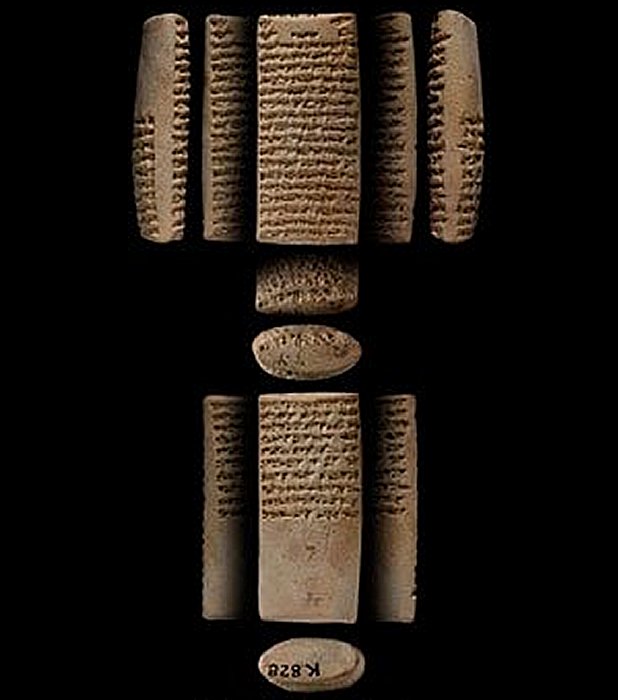 The great library is Ashurbanipal's great work who was an educated ruler, supporting learning and those who could call themselves literary people.

In the introduction to his 'Annals' inscribed on his great ten-sided prism in the British Museum, he says: 'I, Ashurbanipal, within it (i.e., the palace) understood the wisdom of Nebo, all the art of writing of every craftsman, of every kind, I made myself master of the mall (i.e., of the various kinds of writing').

Ashurbanipal's library was not the first library of its kind but it was one of the largest and one of the ones to survive to the present day.

A collection of 20,000 to 30,000 cuneiform tablets contains approximately 1,200 distinct texts. Like a modern library, this collection was spread out into many rooms according to the subject matter. Some rooms were devoted to history and government, others to religion and magic, and still others to geography, science, poetry, etc.

The ancient Sumerian "Epic of Gilgamesh" and a nearly complete list of ancient Near Eastern rulers among other priceless writings were preserved in Ashurbanipal's palace library at Nineveh.

Ashurbanipal's collection even held what could be called classified government materials. This collection is now housed at the British Museum.

The importance of Ashurbanipal's Library can not be overstated and as a scholar, Ashurbanipal reached greatness.