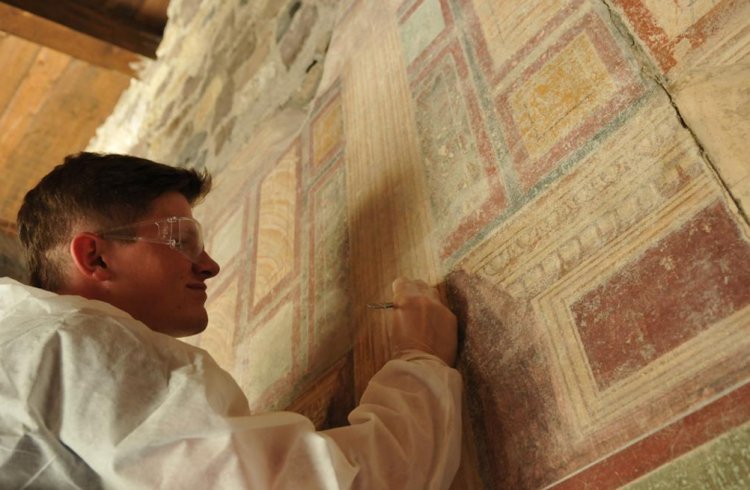 Polish conservators at work in Stabiae. Photo by J. Burdajewicz

"Our work included the most urgent treatments to strengthen paint layer and plaster layer in two rooms inside the oldest mansion in Stabiae, called Villa Arianna" - explained Julia Burdajewicz.Both interiors conserved by the Poles, although small, were fully decorated with wall paintings, almost four meters in height.

"The paintings, made in fresco technique, belong to the few so well preserved examples of the early phase of the second Pompeian style (half of the 1st century BC), and for this reason these rooms are considered to be among the most important in the villa" - Dr. Chmielewski said. 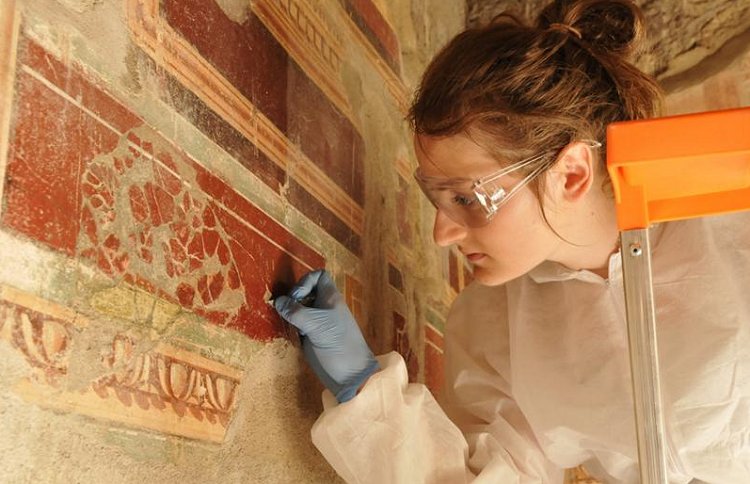 Polish conservators at work in Stabiae. Photo by J. Burdajewicz

Conservators also began removing thick layers of dirt, efflorescence and substances from previous restoration from the paintings. Thanks to this, the ornaments have become more pronounced. The conservators also managed to restore former intensity of colour to a large extent.

"With our treatments, the rooms earlier closed because of the bad state of preservation of the frescoes, have now been made available to the public" - Chmielewski added.

Residences in the ancient town of Stabiae on the Bay of Naples were excavated in the eighteenth century from the ashes of Vesuvius, which fell as a result of the volcanic eruption in 79 AD. 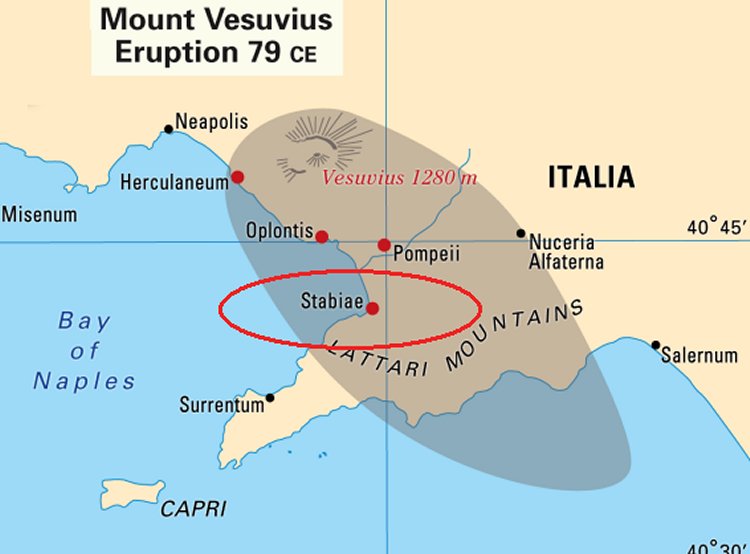 A similar fate befell the nearby Pompeii and Herculaneum. Stabiae consisted of a dozen vast mansions, inhabited by wealthy persons, as evidenced by the discovered monuments and sophisticated style of painting. However, the identity of the residents has not been established to this day. After the conclusion of the excavation, the villas were buried again.

They remained underground in this state until the 1950s, when they was unearthed again and subjected to comprehensive restoration work.

"Today, after decades, despite numerous, but usually ad hoc interventions carried out in the past, many paintings require comprehensive restoration, which would save these valuable works of art" - said Burdajewicz.

Polish conservators came to Italy under an agreement with the Italian-American foundation Restoring Ancient Stabiae and the Italian conservation services (Soprintendenza Speciale per i Beni Archeologici di Pompei, Ercolano e Stabia). The first season conservation project at Villa Arianna was made possible with the financial support of the Polish Ministry of Culture and National Heritage and the Academy of Fine Arts in Warsaw.