A few decades ago, five wax tablets from the Second Century were found by Albanian archeologist Fatos Tartari who excavated the ancient necropolis of Dyrrhachium or Epidamnos (today Durres, Albania).

The artifacts - discovered in the Roman concrete basement of the monumental tomb - lay buried along with a glass urn filled with a black liquid resembling wine, containing two styluses, and an ebony comb.

A recent study of the artifacts offers fascinating insights into the role of women in ancient Illyrian culture. 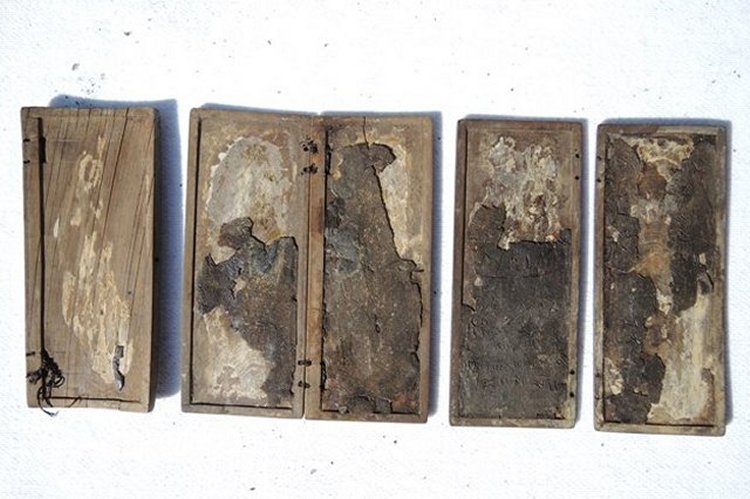 "The monumental complex was a rare find, starting from the fact that the wine had not evaporated for nearly two millennia,” explained Eduard Shehi, an archeologist at Albania’s Institute of Archeology, in the city of Durres.

“The fact that the wax tablets were preserved in very good condition inside the liquid is a strange chemical occurrence that should be analyzed and understood.”

Stored in the archeological museum in Durres for more than 40 years, the tablets were finally sent to the museum of Mainz in Germany, a world-renowned archaeological center, for a full restoration.

In Germany, the restorers were surprised to find that underneath their wax coating, the tablets were not made of wood as previously thought but of ivory, which renewed interest in their study. 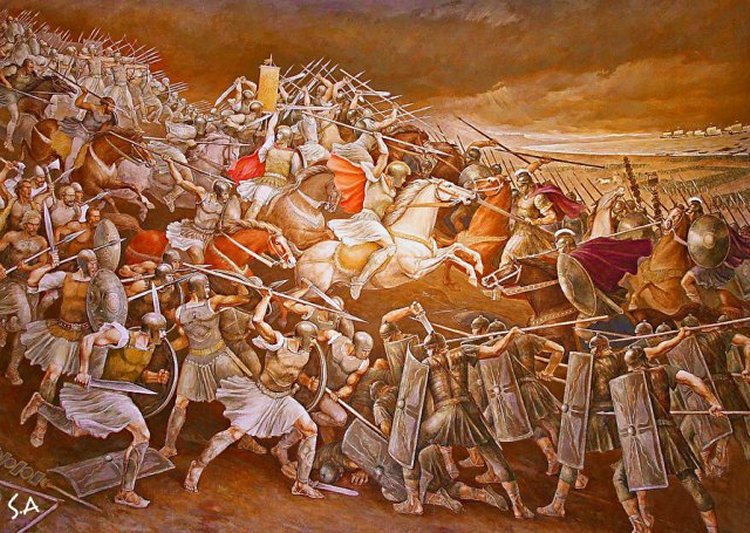 The Illyrians had a Sun as their god and as their flag, they were sun worshippers. Here is a drawing of Illyrian Warriors against the Romans. Photo credits: Museum of Kruja

Back home after a careful restoration process, Albanian and German archeologists have been slowly and painstakingly deciphering the writing on the tablets, revealing fresh details about the life of the former Roman colony of Dyrrachium in the second century AD.

After the Illyrian Wars with the Roman Republic in 169 BC ended in a decisive defeat for the Illyrians, the city passed to Roman rule, under which it was developed as a major military and naval base.

The discovery of the tablets with the wax still intact is highly unusual because ivory contracts as it loses moisture and detaches from the wax, which then eventually crumbles. 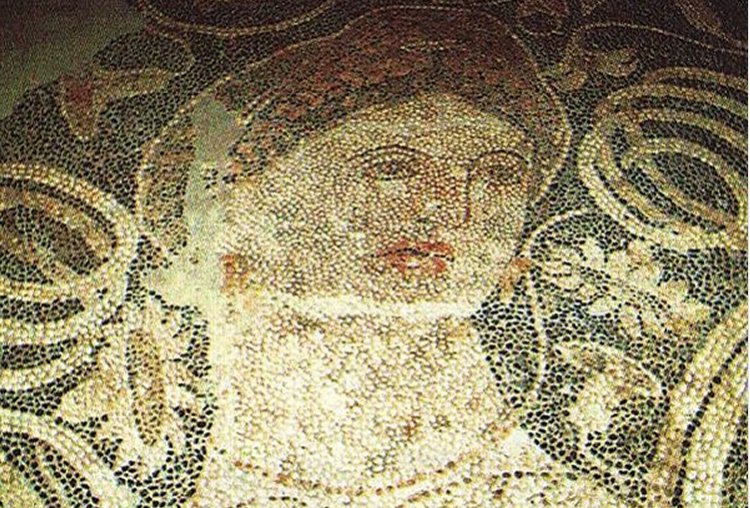 The Beauty of Durrës (also called The Beautiful Maiden of Durrës or The Belle of Durrës) is a polychromatic mosaic of the 4th century BC and is the most ancient and important mosaic discovered in Albania. Credits: National Historical Museum of Albania in Tirana.

“The find of an ivory wax tablet is unique for Albania, there only a few found in Egypt, but none in continental Europe,” Shehi said.

In antiquity and throughout the Middle Ages, such tablets were used for writing on using a stylus.

Because of the comb and other artefacts found in the tomb, it is believed to be that of a rich and possibly aristocratic woman. When first discovered, the tablets were believed to be a marriage contract or an act of inheritance.

However, more recent study has found that they are actually books of debts, with the exact dates when the money was lent and the amount, including interest.

“In some cases large debts are recorded, up to 2,000 denarii,” Shehi said. “In comparison, the yearly salary of a Roman soldier at the time was only 200 denarii - Roman silver coins,” he added.

According to Shehi, analysis of the writing has revealed that only one person registered the debts, believed to be the woman buried in the tomb.

“Although the tablets are still being studied, the colossal sums of the debts reveal not only the economic power of the city but also bring a new dimension to the social role that women played in it,” he said.

Shehi noted that in ancient Greece, women were confined to the house and were often only considered important for reproduction.

But the wax tablets support ancient writers’ accounts that in Illyria, women were more equal to men than anywhere else, he suggested.

“There are ancient writers’ accounts of Illyrian women going with their husbands to a banquet, drinking with them and even raising a toast, something unacceptable in ancient Greece or Rome,” he said.

“When a woman has control over her finances, has the right to do business, the right to property and inheritance, she is not a slave to a man,” he added. It’s unclear why this ancient woman from the second century AD took her debts to her grave to be buried with her.

Could it be in some way linked to the idea of the continuity of life after death?

“If her role in life was that of a moneylender, it was perceived that she would continue to do the same thing after she died and maybe collect the debts in money or favours in the afterlife,” he suggested.