A. Sutherland - AncientPages.com - The mysterious ancient city of Ebla ("White Rock") existed a thousand years before the biblical time of Kings David and Solomon. The Assyrians, led by Sargon of Akkad's grandson Naram-Sin (ca. 2240 BC), destroyed Ebla by putting it to the torch.

The fire destroyed the city and then followed 250 years of impoverishment, after which the Amorites, who dominated Mesopotamia, Palestine, and Syria during the period from about 2000 to 1600 BC., sacked Ebla and established their own dynasty.

The Amorites rebuilt the palace and a temple, and a statue representing one of their kings but only limited prosperity returned to the city, which slowly renewed relations with Egypt, which is based on a decorated bone scepter of the Egyptian king Ḥtp-ib-Re (reigned c. 1750 BC) unearthed at the site of excavated Ebla.

Until today, no one would have known about Ebla if it hadn’t been for an out of sight, almost missed notice in the ancient record made in Assyrian and Akkadian records concerning its fall. 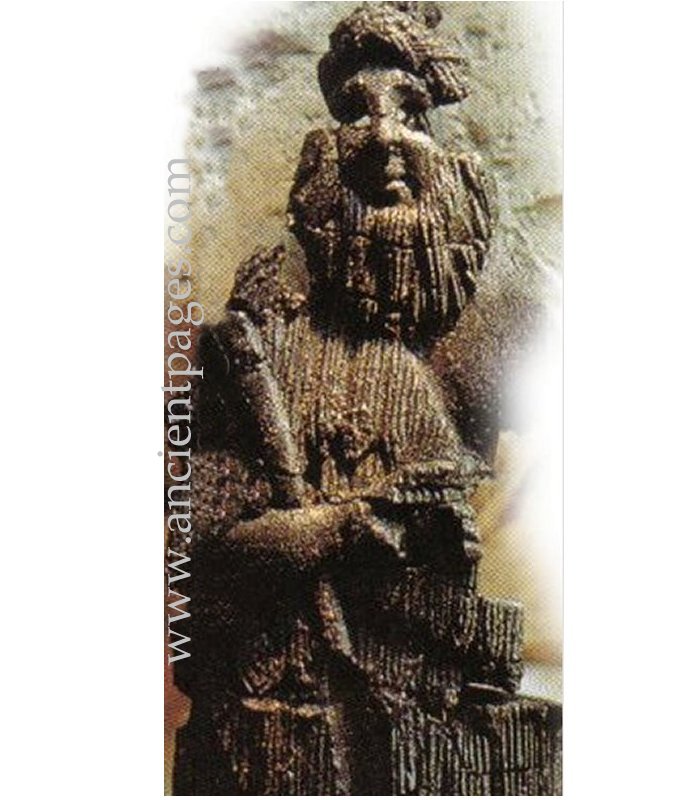 Ebla's public or government official holding a double axe, a sign for the god ZAG in Sumer. Image credit: AncientPages.com

Inspired by this historical notice, a team of archaeologists led by Dr. Paolo Matthiae, professor of Near East Archaeology at the University of Rome began to excavate Tell Mardikh and a neighboring mound ('tell', in Arabic and 'tel', in Hebrew), located about 33 miles (55 km) southwest of Aleppo, in northwestern Syria.

In 1969, it was the first time the ancient Ebla was recognized, and excavations that uncovered a remarkable royal archive revealed Ebla's importance.

First occupied in the 4,000 BC, it had its period of power and wealth was in the mid 3,000 BC. It maintained trade relations with Mesopotamia, Egypt, Sumer, and Iran, but especially with the very ancient city of Kish (the Bible calls Kush).

Ebla had about 250,000 inhabitants - skilled craftsmen in metals, textiles, ceramics, and woodwork - and was administered by a large bureaucracy, according to the ancient royal archive unearthed in 1975 and consisting of 15,000 clay tablets inscribed in cuneiform script and some written in a previously unknown language - now termed Eblaite. 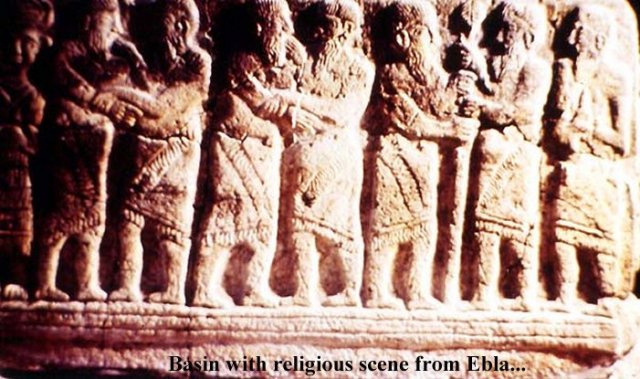 The tablets were found carefully stacked on wooden shelves, which unfortunately had collapsed due to the palace's destruction.

Ebla, which was destroyed by fire and rebuilt several times, existed until about 1600 BC. The evidence indicates yet another destruction by fire, but the place was abandoned this time. Ebla has remained totally deserted except for a small group of monks who lived there temporarily during the Roman or Byzantine time.

Many deciphered tablets inform that the kingdom had trade relations with Megiddo, Byblos, Sidon, Akko, Gaza, Jerusalem, and the Biblical Hazor, the largest biblical-era site in Israel, known as "the head of all those kingdoms".

"Tablet 1860 names the five cities of Genesis 14:2 in the same order, i.e., Sodom, Gomorrah, Admah, Zeboiim and Zoar..." and predates the great catastrophe involving the Prophet Lot and the areas of Sodom and Gomorrah which were destroyed." 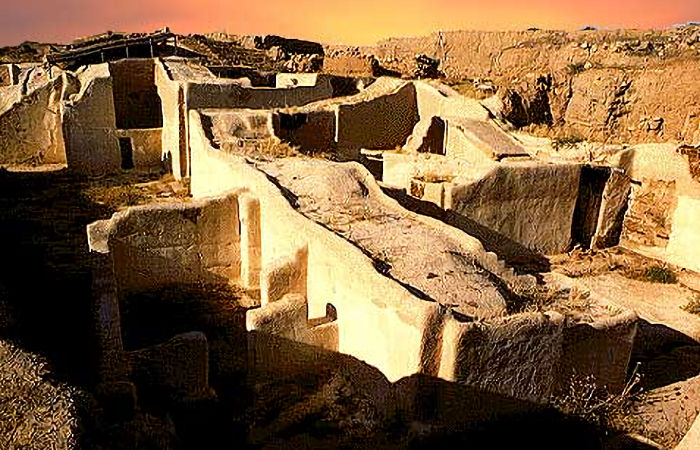 "...And Joshua at that time turned back, and took Hazor, and smote the king thereof with the sword: for Hazor beforetime was the head of all those kingdoms..." (Joshua 11:10). Ruins of the royal palace, in Ebla, Syria. Credit: Wikimedia Commons - CC BY-SA 3.0

On the tablets of Ebla are included:

'very early Canaanite creation and flood stories which very closely resemble that of the Bible..." (D. Rohl, "A Test of Time") and the names of prophets known from the holy scriptures like Ab-ra-mu (Abraham), E-sa-um (Esau), Ish-ma-ilu (Ishmael), even Is-ra-ilu (Israel), and those from later periods, like Da-'u'dum (David) and Sa-'u-lum (Saul). Other texts describe Ebrum, the third and greatest of the six kings of the Ebla dynasty between 2400 and 2250 BC.'

Ebrum was placed on the mighty throne of Ebla by Sargon the Great of Akkad or "Righteous Ruler", who was a close associate of the Sumerian goddess Inanna (Ishtar) known as the "Lady of the battlefield."