Ellen Lloyd - AncientPages.com - Every now and then archaeologists stumble upon artifacts that are in the wrong place at the wrong time, or at least so it seems to us. When it happens, an archaeological discovery can easily become an ancient detective story.

In order to learn what took place, scientists need to use historical data to travel back in time, and search for clues. It is not always an easy task, as there is still so much we do not know about our ancient past. 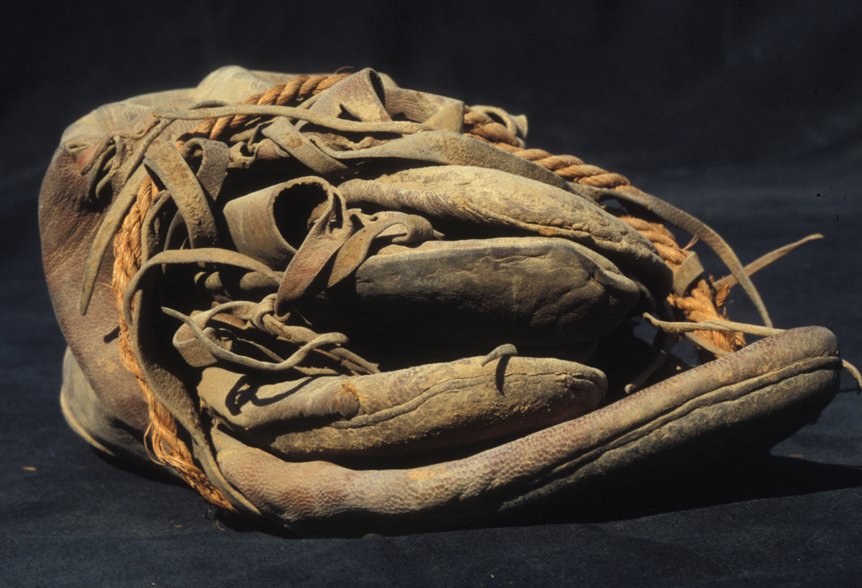 Archaeologists are trying to solve the mystery of some ancient, shoes that were deliberately hidden in an Egyptian temple.

Archaeologists are currently scratching their heads trying to solve the mystery of some ancient, shoes that were deliberately hidden in an Egyptian temple.

The two pairs of children's shoes were among the seven found concealed in a jar placed into a cavity between two mudbrick walls in a temple in Luxor, site of the ancient city of Thebes.

Oddly, the shoes were tied together using palm fibre string and placed within a single adult shoe. A third pair that had been worn by an adult was found alongside them. 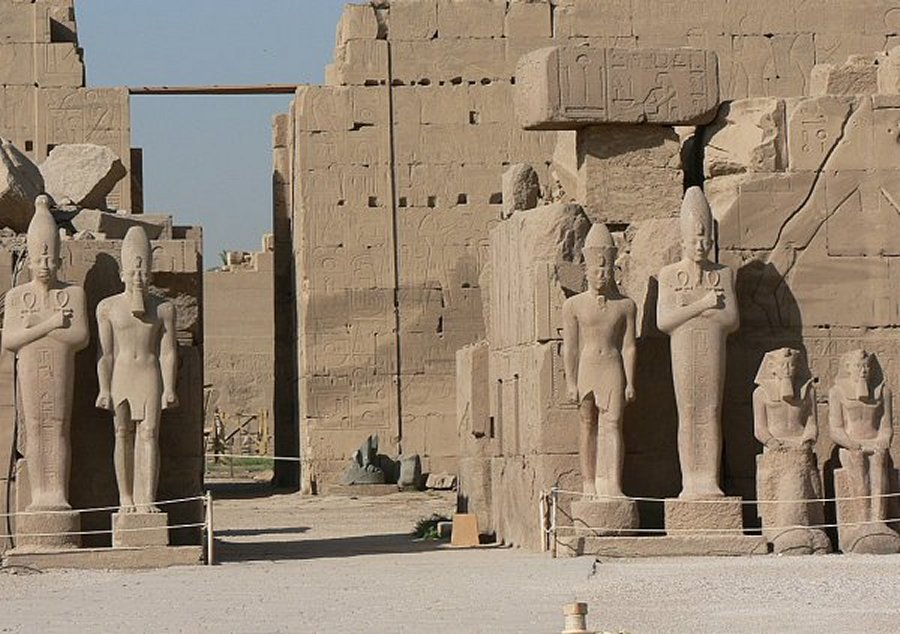 Strange foreign shoes were discovered in an ancient Egyptian temple. They were in pristine condition.

The shoes were originally discovered by an Italian archaeological team in 2004, but new research offer more clues to solve the mystery.

The shoes are extraordinary in many ways. They are 'relatively expensive' and have design features that suggest they were produced in Medieval Europe. 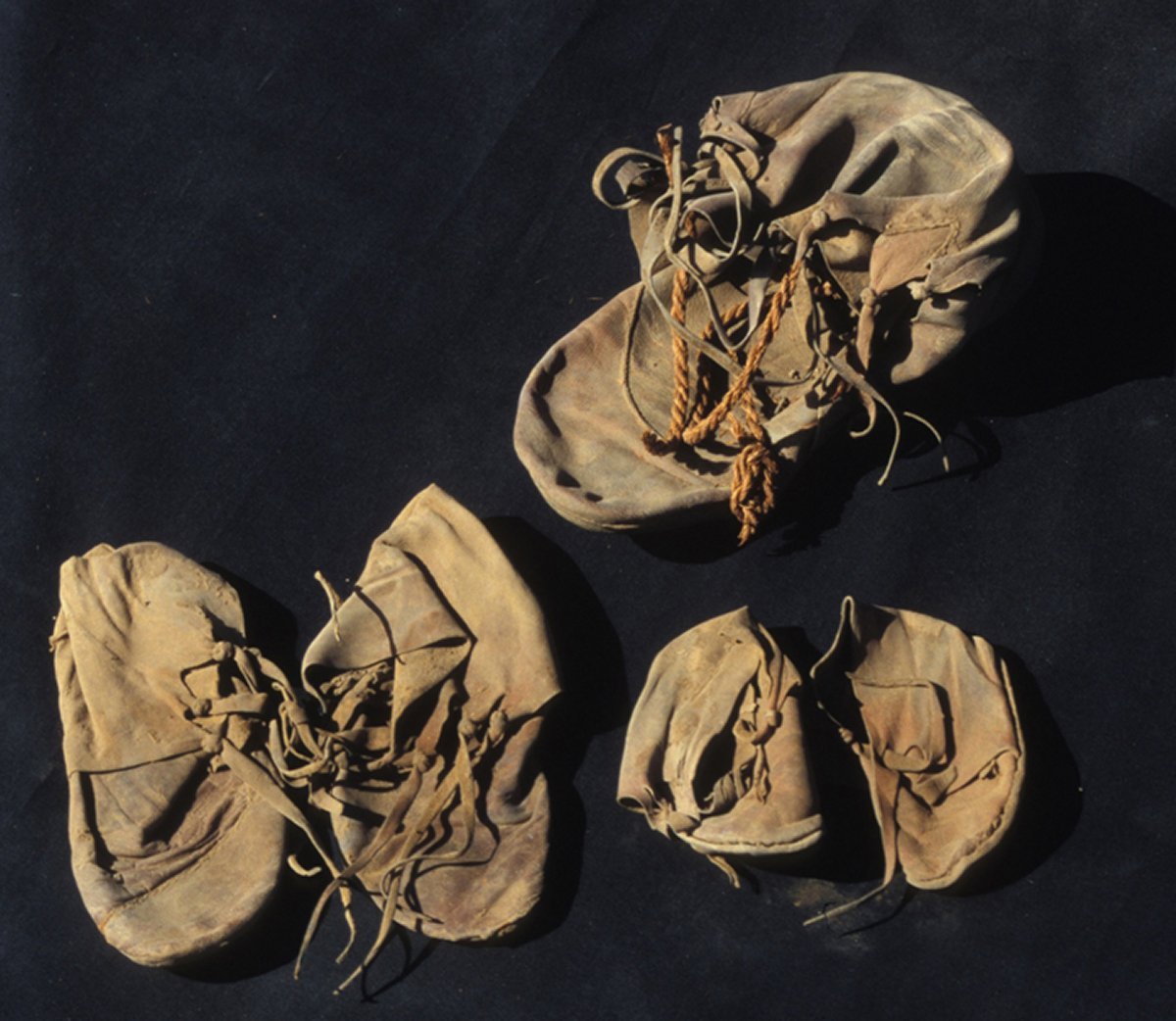 Who left these shoes in the temple?

So, why were the shoes never retrieved after they were left in the temple just over 2,000 years ago when Egypt was ruled by a dynasty of Greek descent?
They shoes are obviously of foreign origin, as they were concealed at the time when most Egyptians would normally have worn sandals. 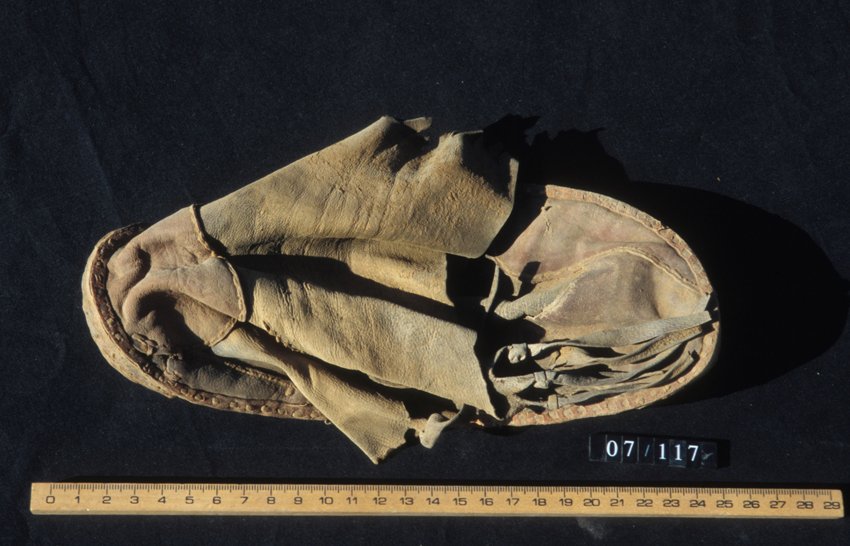 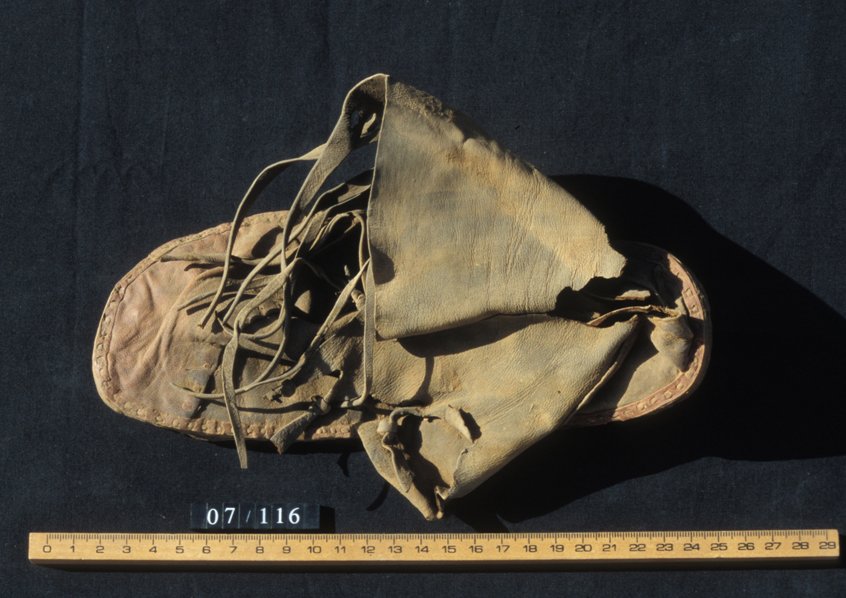 'The find is extraordinary as the shoes were in pristine condition and still supple upon discovery,' wrote Dr Veldmeijer assistant director of the Netherlands-Flemish Institute in Cairo and an expert in ancient Egyptian footwear in the most recent issue of the Journal of the American Research Center in Egypt.

The shoes were eye-striking at the time. If you wore such shoes "everybody would look at you", Dr. Veldmeijer said.

Unfortunately, after they were unearthed the shoes became brittle and 'extremely fragile', he added. 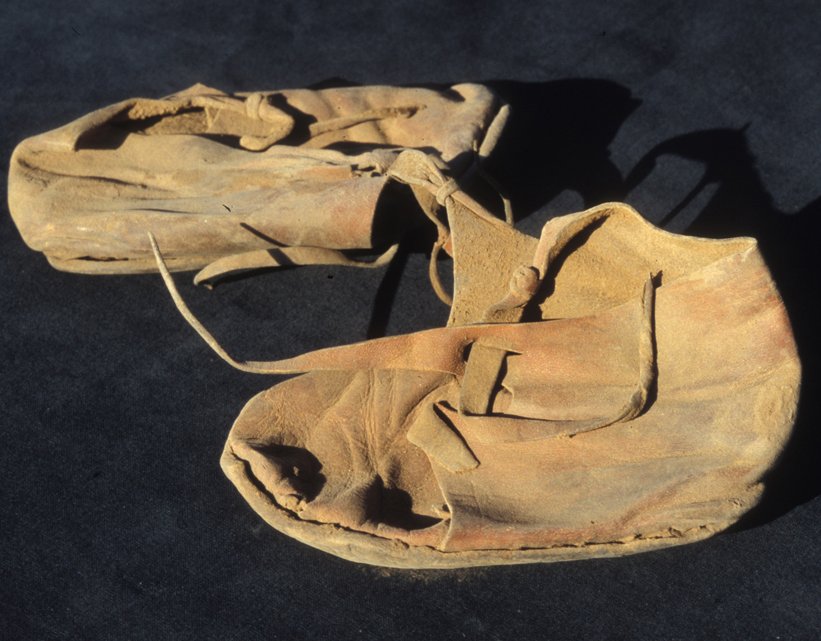 'The find is extraordinary as the shoes were in pristine condition and still supple upon discovery,'

Dr. Veldmeijer's examined the shoes with help of photographs and he concluded that most surprising was that the single shoe discovered with the child's pairs inside was made with a feature that shoemakers know as a 'rand'.
It is a structural device that was thought to have been first used in Medieval Europe.

Folded leather strips that go between the soles and the upper parts of shoes, rands reinforce the stitching as 'the upper is very prone to tear apart at the stitch holes', Dr Veldmeijer explained. The shoes would be practical to wear in muddy conditions. Therefore, to find the device in the dry climate of Egypt is surprising and indicates that the shoes were made somewhere abroad. 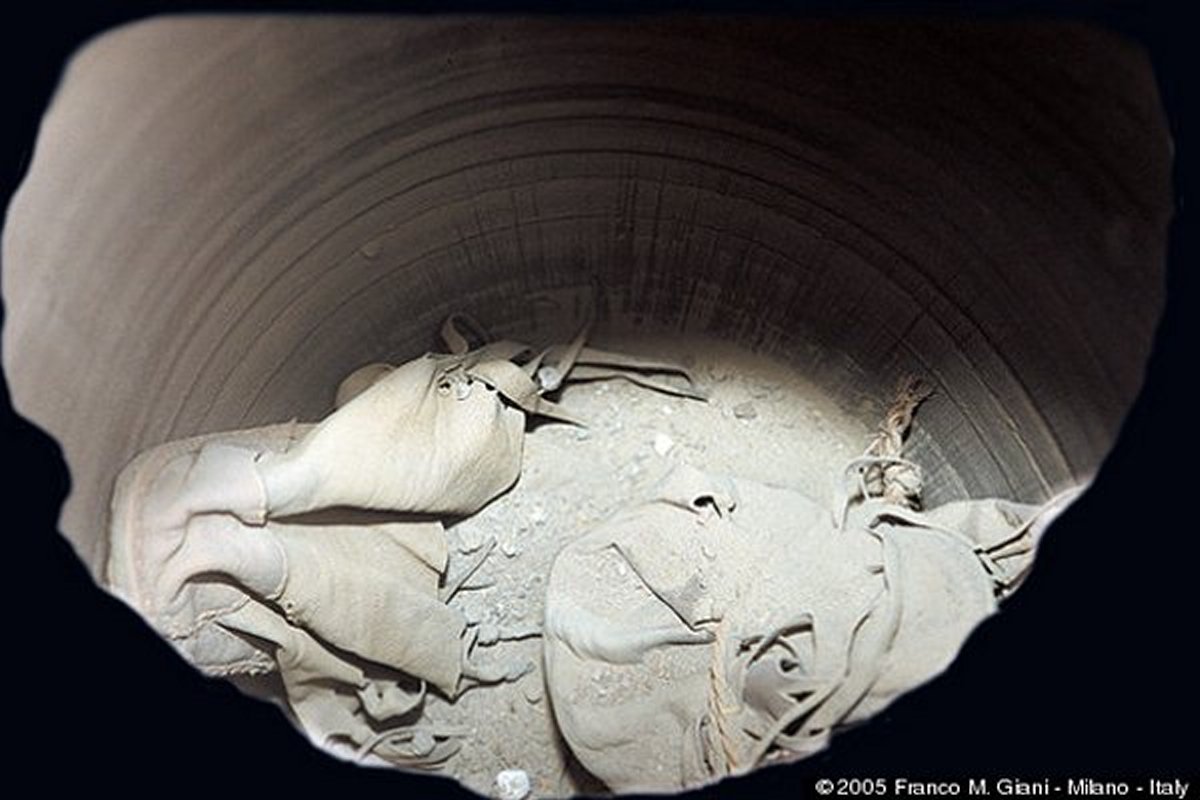 The shoes date back more than 2,000 years and this picture shows the inside of the jar before the shoes were removed.

According to Dr. Veldmeijer "the shoe was exposed to unequal pressure, which showed that person who wore it 'walked with a limp, otherwise the wear would have been far more equal'.
The wear and tear and subsequent repair showed that the people who wore them valued the shoes as 'highly prized commodities'".

Dr. Veldmeijer cannot explain why someone would leave the shoes in the temple without having the intention of getting them back.

One can only speculate what might have happened. Was the shoe owner forced to quickly leave the temple? Was he or she scared to go back and retrieve the shoes?
There are many  different possibilities.

For the time being, this ancient case remains an unsolved mystery.