AncientPages.com - Archaeologists in Sweden have made an astounding discovery unearthing 29 ancient figurines of gold men ("guldgubbar") dating back to the Iron Age.

Working in great secrecy, archaeologists made this sensational find in Blekinge at West Vång peasant village northeast of Ronneby, located in southern Sweden. 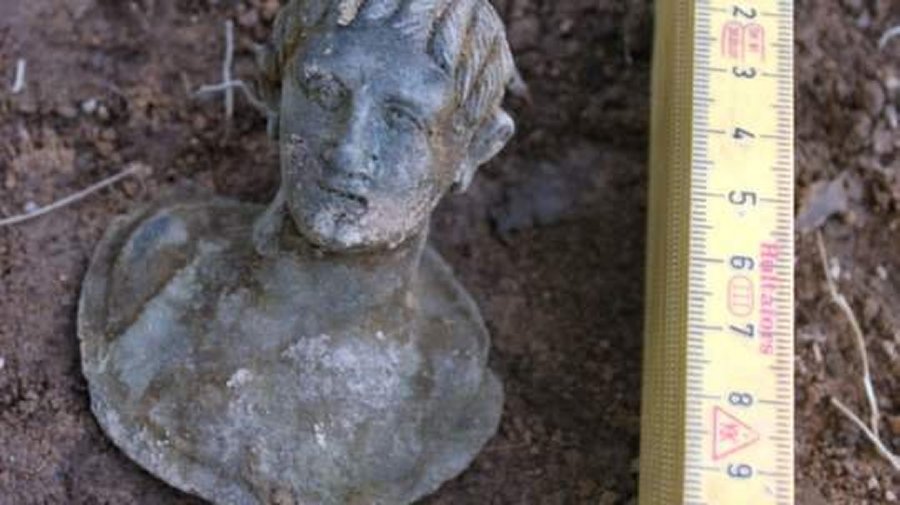 "We have been very afraid of looting and carefully made sure to secure this location with metal detection rings," says Mikael Henriksson, an archeologist at Blekinge Museum to the Swedish newspaper Sydnytt.

No fewer than 29 anthropomorphic gold foils, gold men so-called "guldgubbar" have been discovered at the site.

This is the third-largest find of gold men to have been made in Sweden to date. One hundred similar figurines were discovered about 10-15 years ago at the Uppåkra site outside of Lund, and the in the 1980s, some 60 were stumbled upon in Slöinge, Halland. They are made from a thin gold foil and they depict figures of men and women. 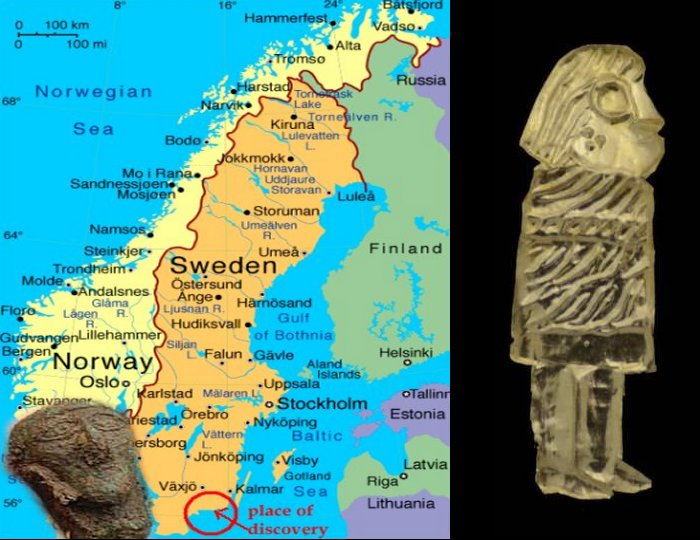 The gold men were discovered in southern Sweden.

They are 1-2 cm high and are imprinted on one side. They date from the 6th century and a few hundred years beyond.

The last time any gold object was found in Blekinge was back in the 1930s when a gold bracteate was stumbled upon on the island of Senoren, located in the Blekinge archipelago.

"Without a doubt, this was an important location during the Iron Age and for several hundred years onward", says Mikael Henriksson.

"It is apparent that we can begin a new chapter in our research into the Iron Age in Blekinge."

Gold men ('guldgubbar') are most often found in locations associated with power or religious rites. Nothing of its kind has ever before been found in Blekinge.

"Perhaps the location once served as a place of worship, but as yet we can only speculate. What we do know at present is that the site was once a settlement during the Iron Age", Mikael Henriksson continues. 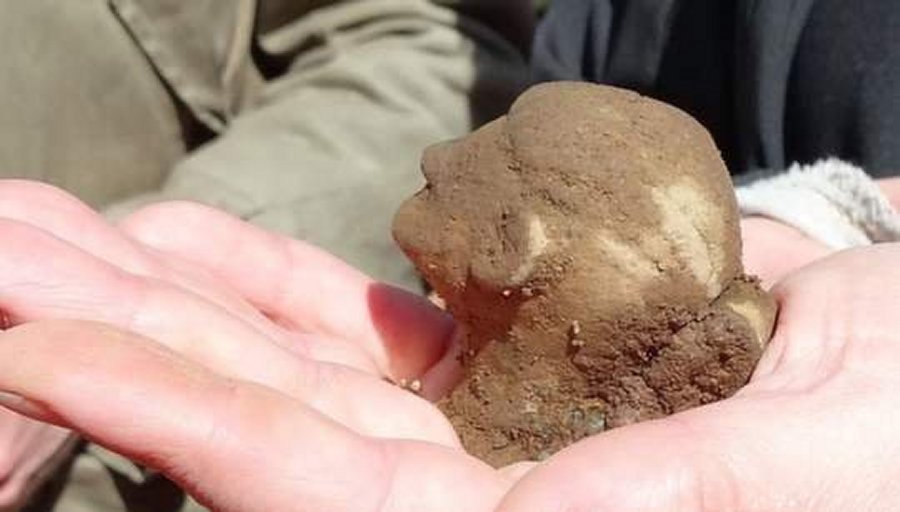 How many more gold men are hidden in the area? Image credit: Blekinge Museum

In addition to the gold men ('guldgubbar') the archaeologists found five bronze cast heads, fragments of a vessel, as well as other bronze objects, Roman glass, gold spirals, and Viking- age coins.

The find can be dated to a period between the birth of Christ and the early Middle Ages.
Other finds indicate that the people worked in such industries as the production of iron, blacksmithing, bronze handicrafts and the manufacture of glass beads.

Naturally, artifacts of a more mundane nature have been found at the settlement.

However, the new finds suggest a more complex element to the site. Archaeologists now understand that this special place was more than just a dwelling settlement. Not far from the figurines, archaeologists discovered what appears to be an old temple. 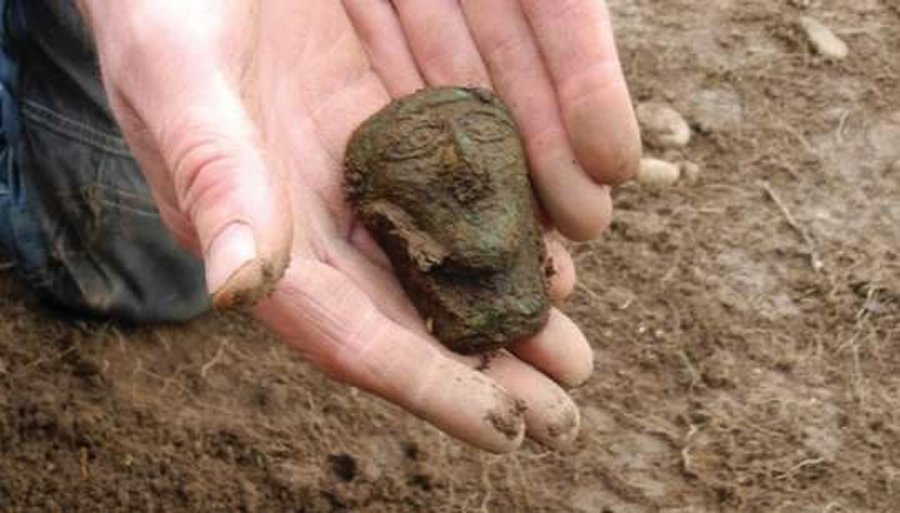 We disagree on what to call it. But there is a big building that probably has been used for some sort of ritual, says Björn Nilsson, Senior Lecturer in Archaeology at Södertörn University to Sydnytt.

There are many questions concerning the settlement and the new finds:

How should the artifacts and finds be interpreted? How do they relate to each other in time and space?

How can the site and the findings be placed in a greater context?

It will take some time before scientists can answer these fascinating questions. For now, we know that the 29 gold men have revealed that the hill at the Western Vång has hidden many historical secrets that are now beginning to come to light.