Jan Bartek - AncientPages.com - An archaeological dig on one of Northeast Florida's unique sea islands, Big Talbot Island has been very successful so far.

Scientists and students from the University of North Florida have uncovered unique archaeological objects that point to the existence of the lost Indigenous Mocama town of Sarabay. 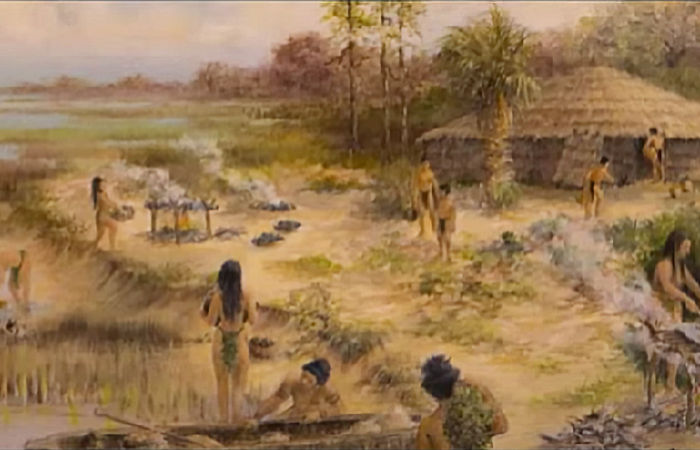 The UNF team first found artifacts and building posts that confirmed their discovery in 2020. This summer, the team has identified four more building posts to add to the seven uncovered last year, indicating a large Indigenous structure approximately 50-60 feet in diameter, possibly the community council house. Another unique find this summer was a small, shell artifact made by Indigenous people that displays Catholic imagery.

If it is a council house, it was the center of life for a significant village of about 100 people, UNF Archaeology Lab Director Keith Ashley told the Jacksonville.
"It's really important," Ashley said. "There has not been any council house or any large structure like this found in North Florida.

We would have the first Timucuan council house if this is what it turns out to be, and it lets us know what it is like right here in the center of the community and the artifacts associated with council meetings."

This year the team has also uncovered large amounts of Indigenous pottery dating to ca 1580-1620 CE, a date range corroborated by a series of radiocarbon dates; 10 to 15 pieces of Spanish olive jar, a large type of storage vessel made in Spain, bringing the total found by the team to more than 100; about 10 pieces of Spanish majolica, a painted tableware form of pottery from Spain; parts of Colonoware pottery made by Indigenous women but the vessel forms are European (pitcher handles, mug handles, plate forms); and bone and shell tools.

Students tell they have found bone and shell tools.  An estimated 10,000 small and big pieces of indigenous pottery have been found, some carbon-dated to around 1580 to 1620. Some can be traced to St. Augustine chiefdoms, indicating trade among those who lived here centuries ago. 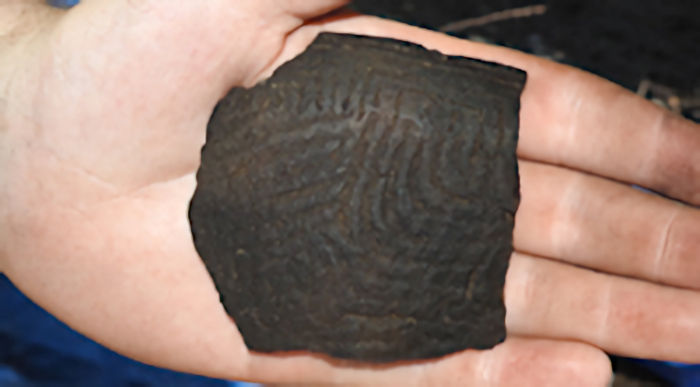 These discoveries offer evidence of Spanish contact in this region. As reported by Jacksonville, "the piece of majolica pottery, one side glazed blue and white, is Spanish and not Native American. Its discovery in this dig site means it may have been given or traded to a member of the Mocama tribe who flourished in this area from the 1400s to early 1600s. Even more important, it was unearthed in what appears to be a 50- to 60-foot-diameter community council house in what is believed to be the Mocama village of Sarabay."

In the late 1500s and early 1600s, French and Spanish settlers moved into Northeast Florida met members of the Mocama. That Timucua-speaking Native American chiefdom had prospered for centuries in an estimated 19,000-square-mile area, including what is now Big Talbot Island. Mocama translates to “sea," researchers said."

Scientists think there was a large community on the island 1,000 years ago. However, the situation changed around 1250 when people started moving around the island and mainland. Around 1450 people started to settle down and the place eventually became the comminuty we see now.

According to Jackosnville, "early French accounts in the late 1500s said the dominant chief in the Jacksonville area was Saturiwa, whose village may have been in the Mayport area. There is mention of the village of Sarabay on an island north of the St. Johns River from a Spanish priest living in San Juan del Puerto on Fort George Island in 1602. And a sea captain in 1609 mentions the islands of San Juan (Fort George Island), Santa Maria (Amelia Island) and Sarabay.

This dig is part of the UNF Archaeology Lab’s ongoing Mocama Archaeological Project that focuses on the Timucua-speaking Mocama people who lived along the Atlantic coast of northern Florida at the time of European arrival in 1562. The Mocama were among the first indigenous populations encountered by European explorers in the 1560s.