Conny Waters - AncientPages.com -As AncientPages.com reported in 2014, while exploring Lake Huron, one of the five Great Lakes of North America, underwater archaeologists found traces of an ancient lost civilization twice as old as Stonehenge and the Great Pyramids of Egypt.

Scientists were thrilled when U.S. radar suddenly detected an odd structure at the bottom of Lake Huron. This was the first piece of a puzzle that led to a 9,000-year-old discovery. 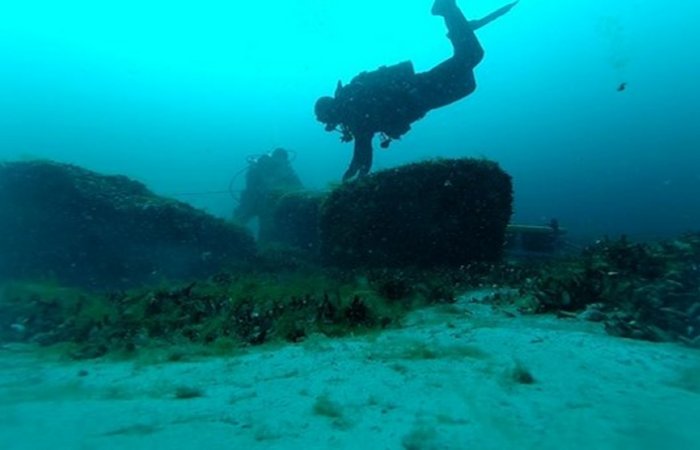 Underwater exploration of Lake Huron. Credit: the University of Texas at Arlington

“O'Shea, a professor of anthropology at the University of Michigan, noticed the peculiarity and, through a leap of innovative thinking concluded that the structure was perfect for caribou hunting corridors. He then assembled a team to explore the ridge and what he found was groundbreaking.

As it was reported underwater archaeologists have seemingly found what was once a dry land corridor connecting northeast Michigan and southern Ontario. Scientists say the main feature, dubbed the Drop 45 Drive Lane, is the most complex hunting structure found beneath the Great Lakes to date. The 9,000-year-old, limestone structure is comprised of two parallel lines of stones that lead to a cul-de-sac lined with natural cobble. If the findings are correct, it would make the hunting complex twice as old as Stonehenge.” 1

After many years, there is now more news on the ancient underwater site in Michigan. In a recent study, underwater archaeologists from the University of Texas at Arlington have confirmed the 9,000-year-old stone tool artifacts discovered in Lake Huron originated from an obsidian quarry more than 2,000 miles away in central Oregon.

The obsidian flakes from the underwater archaeological site represent the oldest and farthest east confirmed specimens of western obsidian ever found in the continental United States.

"In this case, these tiny obsidian artifacts reveal social connections across North America 9,000 years ago," said Ashley Lemke, assistant professor of sociology and anthropology at UT Arlington. "The artifacts found below the Great Lakes come from a geological source in Oregon, 4,000 kilometers away, making it one of the longest distances recorded for obsidian artifacts anywhere in the world."

Because the site was underwater and undisturbed, researchers systematically and scientifically recovered the obsidian, a form of volcanic glass that was used and traded widely throughout much of human history as a prized material for making sharp tools. 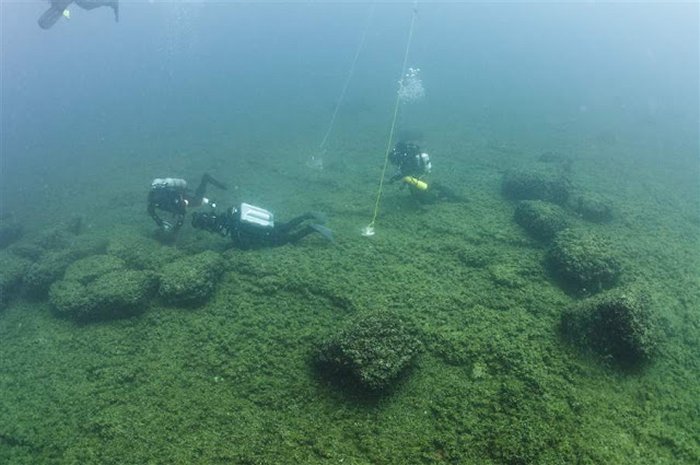 There is still much to learn about Lake Huron's ancient structures. Credit: Tane Casserley

"These are very small pieces that have very large stories to tell," Lemke said. "Obsidian from the far western United States is rarely found in the east."

The find in Lake Huron is part of a broader study to understand caribou hunters' social and economic organization at the end of the last ice age. Water levels were much lower then; scientists have found, for example, ancient sites like stone walls and hunting blinds that are now 100 feet underwater.

"This particular find is really exciting because it shows how important underwater archaeology is," Lemke said. "The preservation of ancient underwater sites is unparalleled on land, and these places have given us a great opportunity to learn more about past peoples."