Conny Waters - AncientPages.com - Archaeologists have found as many as 64 dice pieces during the ongoing excavations in the heritage city of Vadnagar.

The city’s ancient name was Anartapura (or  Anandapura), and the city is mentioned in several old records, of which widely known is the famous epic Mahabharata, one of two major Sanskrit epics of ancient India ( the other is Ramayana). These two literary masterworks contain a wealth of information on ancient gods, heroes, and sacred places that hold a special place in the hearts of Indian people. 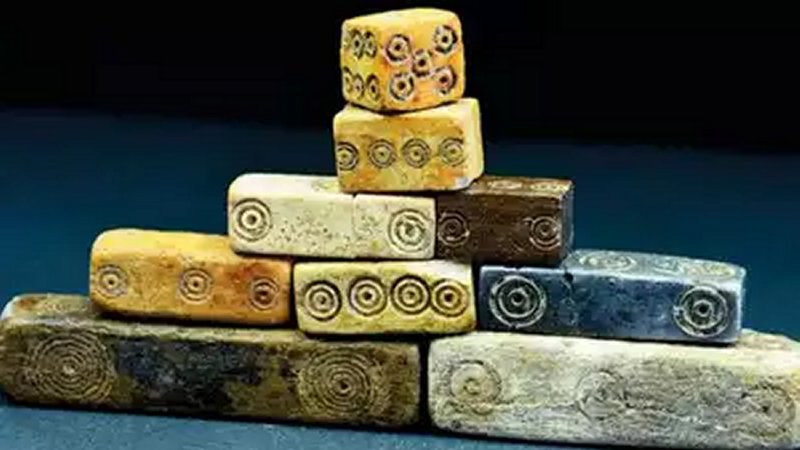 Vadnagar’s known history goes back to 2,500 BC, and according to archaeological excavations, the settlement was occupied by an agricultural community that existed in the place more than 4,500 years back. Some archaeologists have suggested this old place was once one of the many Harappan sites. This knowledge is based on the site’s finds and includes pottery, textiles fragments, ornaments, tools, etc.

“Most of the dice found are from the cultural deposits between the 4th and 10th century. Afterwards, the numbers decline,” said Chakraborty, as cited by The Times of India.

Chakraborty also said that “such recreational activities take place in a society when it is financially and military stable. Thus, one can deduce that the society may have experienced a stable and peaceful period.”

The Times of India cited two researchers - Ananya Chakraborty and Abhijit S Ambekar - involved in the excavations. They informed that after the finds were analyzed, it was determined that most of the longer cuboid-shaped dice have markings, mainly in the shape of concentric circles placed on four sides, while the cube-shaped dice have markings on six sides.

Researchers also informed that one of the dice unearthed at the site is made of terracotta and is associated with religious practices. The cuboid-shaped dice is decorated with markings from 1 to 4. Additionally, the dice’s each side is compartmentalized, and marked by chevron or horizontal lines, according to researchers who believe that the dice could have been used in religious rituals.

Similar markings have also been found at the site on one of the discovered terracotta tablets.

The dice were probably used for playing on the sand, silk, or perhaps cloth.