Conny Waters - AncientPages.com - A 700-year-old, well-preserved ship found at a construction site in the Estonian capital Tallinn on the shores of the Baltic Sea is hailed as one of the most important archaeological discoveries in Europe this year.

The ship was found five feet (1.5 meters) underground at a site near Tallinn harbor, close to the former mouth of the Härjapea River – a waterway that no longer exists. 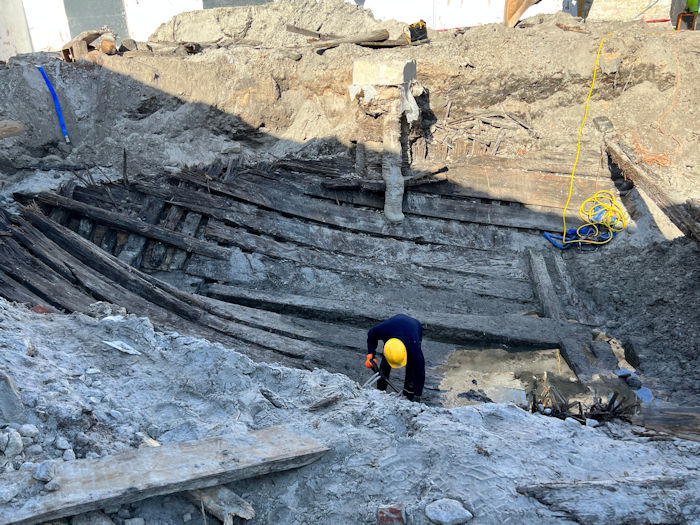 The 80ft-long vessel ship is made up of oak logs and sealed with animal hair and tar. According to the initial dendrochronological analysis (the study of the growth rings of trees in relation to time) the logs are from the year 1298.

Scientists say the ship belonged to the Hanseatic League, a Medieval commercial and defensive confederation of merchant guilds and market towns in central and northern Europe.

The Hanseatic League started in the 14th century and included the Netherlands, Finland, Denmark and Latvia. 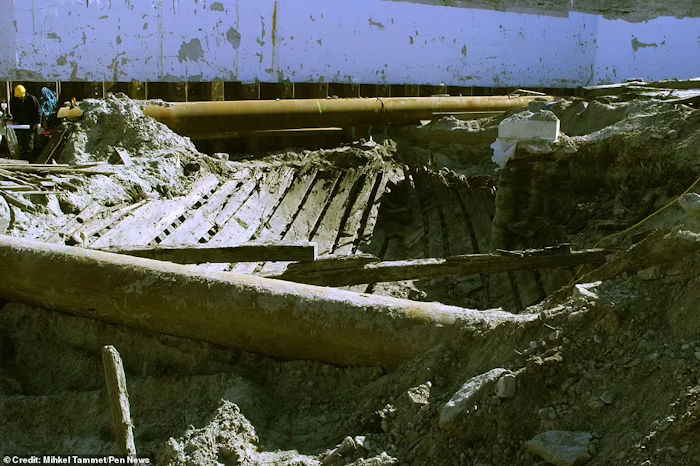 "800 years ago we had almost two meters of water here," the archaeologist in charge of the site, Mihkel Tammet, said to the British newspaper, The Metro.

"There were probably shallower underwater sand ridges which were hard to map because they changed their shape and location because of ice drifts and storms," he explained.

"Our ship was found on one of these ridges under the sediments. It sank close to the Härjapea river mouth."

It is rare to encounter these kinds of ships that are still in excellent condition. The last time it happened was in 1962 when the Bremen Cog was discovered in Germany.

However, archaeologist Mihkel Tammet said the newly-discovered wreck was in even better condition than its renowned cousin. 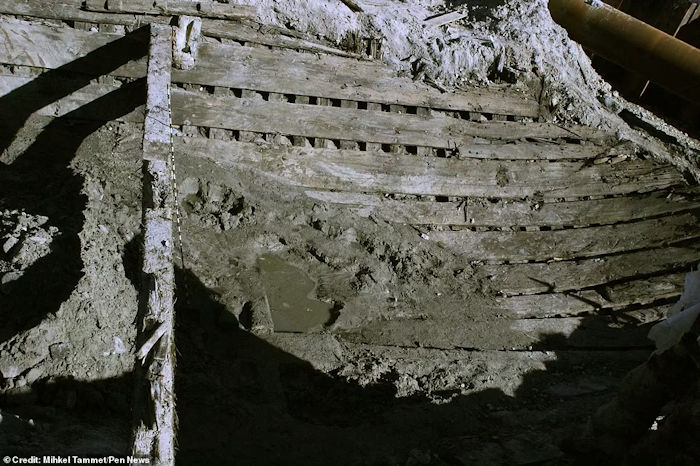 “We have found wool material used for packing, we have also found some tools and fragments of medieval leather shoes.

Excavations are ongoing and we hope to find more,” Tammet said adding the whole area had once been underwater.

“This area was still under the sea in the 18th century. 800 years ago we had almost two meters of water here.

There were probably shallower underwater sand ridges which were hard to map because they changed their shape and location because of ice drifts and storms.

Our ship was found on one of these ridges under the sediments. It sank close to the Härjapea river mouth,” Tammet explained.

“Upon seeing the wreck, Tammet called in Ragnar Nurk, an archaeologist with the Tallinn city government.

Nurk said the cog would be now taken to a new home,” the Daily Mail reports.

“The wreck will be removed from its current position to allow the construction work to continue,

There are two main options currently: it will go to the maritime museum or to the wreck preservation area in Tallinn Bay near Naissaar Island.

Unfortunately, the size and restricted conditions of construction do not let us to move the ship away in one part,” Tammet said.