A. Sutherland - AncientPages.com - It is commonly believed that the Elephant God, Ganesha (Ganesh, in Hindi word) means success and wealth; therefore people place a statue or a figurine of the Ganesha, in his store, or other place of their business.

Ganesha is one of the best known and loved deities in the Hindu pantheon of gods, and indeed is the most recognized of the Hindu gods outside of India. 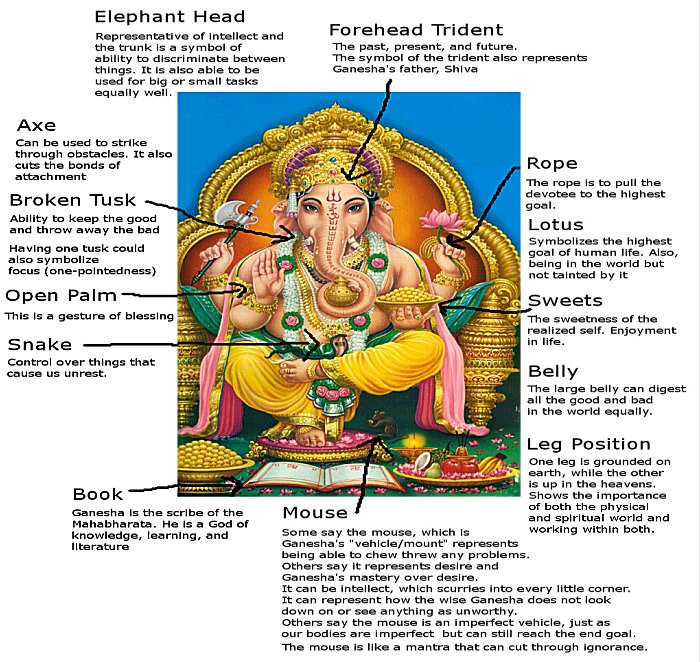 He is the Lord of Good Fortune, the Lord of Beginnings and the Remover of Obstacles and evils people meet in their lives, but he can also place obstacles in the path of those who need to be checked. He is also considered the destroyer of pride, selfishness, vanity.

Ganesha protects homes and cars. People often place a Ganesha statue or medallion on the front dash of their cars. Ganesha is also associated with learning and study, scribes, schools and wisdom.

It is he who transcribed the Mahabharata while the poet Vyasa recited it.

The elephant-headed son of Parvati and Shiva, Ganesha (Ganapati) with bulky belly and four hands, is the subject of many myths.

One myth in the Shiva Purana explains his elephant-head, it is said that he was created by his mother Parvati ( daughter off the mountain) using earth, which she moulded into the shape of a boy.

One day, while Shiva was away, Parvati wanted to take a bath but there was no one to guard the door. So she formed a little boy from clay and breathed life into him. She instructed him to guard the entrance to her bathroom, while she bathed. 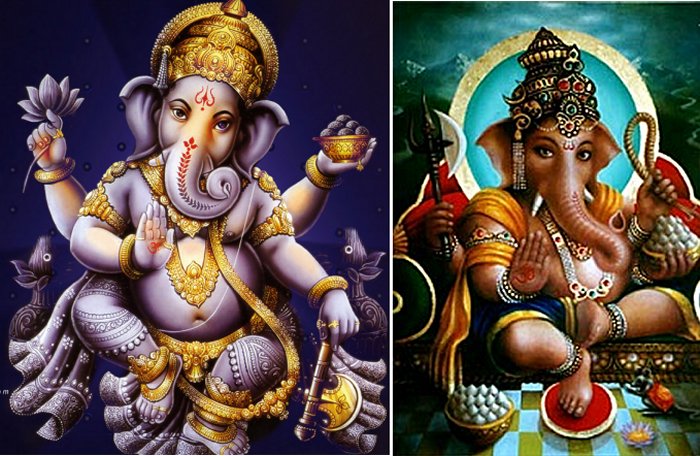 Unexpectedly Shiva returned and was furious that the boy at the door would not let him in to see his wife. In his rage, he cut off the boy’s head. Parvati came rushing out and was horrified by what Shiva had done. She told him that this was their son. Shiva ordered a new head to be found for the boy and, as the first animal available was an elephant, so Ganesha gained a new head and became the most unique of the Hindu gods.

The boy was short and fat with a red face, but in some deeper sense he was very beautiful. He was named Ganesh, “Lord of his father’s ganas” (“hosts”) and a small mouse often showed on his depictions, became his vahana (vehicle) to ride on.

Ganesha is portrayed as standing, sitting, dancing or crawling as a child or even sitting on his mother's knee.

His image is found everywhere, in many different forms. Ganesh is widely worshiped in all parts of India, regardless of people’s spiritual affiliations and his characteristics and the attributes that have evolved over the centuries of Indian history.