Conny Waters - AncientPages.com - How did Baroque period artists/sculptors go about their craft? For the first time, researchers have performed a forensic anthropological analysis of a marble skull carved by Gian Lorenzo Bernini.

The analysis of this re-discovered sculpture in Dresden, Germany, may help capture details of the working methods of great artists of the past, including details not recorded about their artistic approaches. 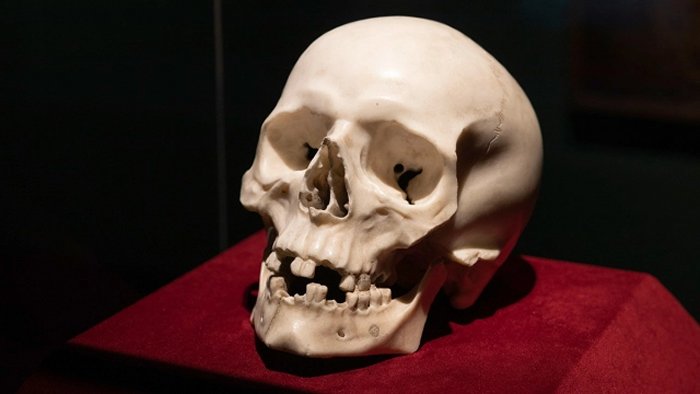 “The skull is so detailed that it includes many precise anatomical features that could be examined in the same manner as a real skull. It appears that Bernini used a real biological skull as a model, as he captured details that depicted an adult male of European ancestry,” says corresponding author James T. Pokines, associate professor of anatomy and neurobiology.

Pokines used standard forensic anthropological techniques as would be done with a biological skull. These include scoring morphological traits for sex and ancestry and performing standard cranial measurements with calipers.

They found the skull is so detailed that it includes many precise anatomical features that could be examined in the same manner as a real skull. Bernini even depicted irregularities common to real skulls such as left/right asymmetry, common variations such as in the shape of a suture and tooth loss both before and after death.

By applying new analytical techniques to art historical objects, Pokines believes we can potentially learn more about the actual artistic means Bernini and other Renaissance and Baroque artists used that are otherwise lost to us. “In particular, it reinforces our understanding of the technical mastery of Bernini and the skill and attention to anatomical detail that it took to produce this work of art,” he says.

According to the researchers there are more Renaissance, Baroque and other period skull sculptures to which these analyses could be applied, and in some cases to paintings.

“There is another skull that is part of a tomb sculpture in Rome by Bernini or his workshop that we wish to study; it is not as detailed, but we want to see if it is also most consistent with being having been sculpted using a particular biological skull as a model as opposed to a more generalized skull depiction,” adds Pokines.