Jan Bartek - AncientPages.com - Scientists have discovered a 1.5 million-year-old human vertebra in Israel's Jordan Valley. According to a new study, ancient human migration from Africa to Eurasia was not a one-time event but occurred in waves.

The first wave reached the Republic of Georgia in the Caucasus approximately 1.8 million years ago. The second is documented in "Ubeidiya, in the Jordan Valley, south of the Sea of Galilee, about 1.5 million years ago. 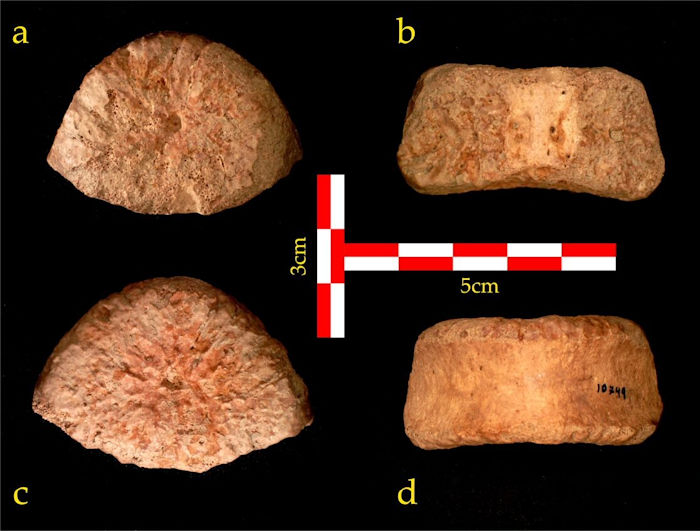 A top (a), rear (b), bottom (c) and front (d) view of the vertebra discovered at 'Ubeidiya. Credit: Dr. Alon Barash, Bar-Ilan University

According to fossil evidence and DNA research, human evolution began in Africa about 6 million years ago. Approximately 2 million years ago, ancient humans—nearly, but not yet in modern form—began to migrate from Africa and spread throughout Eurasia "Ubeidiya, located in the Jordan Valley near Kibbutz Beit Zera, is one of the places where researchers have found archaeological evidence for this dispersal.

The prehistoric site of "Ubeidiya is significant for archaeological and evolutionary studies because it is one of the few sites of preserved remnants of the early human exodus from Africa. The site is the second oldest archaeological site outside Africa and was excavated by several expeditions led by Professor M. Stekelis, Professor O. Bar-Yosef and Professor E. Tchernov between 1960 and 1999.

The finds from the site include a rich and rare collection of extinct animal bones and stone artifacts. Fossil species include saber-toothed tiger, mammoths and a giant buffalo, alongside animals not found today in Israel, such as baboons, warthogs, hippopotamuses, giraffes and jaguars. Stone and flint items made and used by ancient humans show resemblance to those discovered at sites in East Africa.

Recently, excavations in "Ubeidiya were resumed by Belmaker and Barzilai under a grant that Belmaker received from the U.S. National Science Foundation. The project uses new absolute dating methods to refine the site's dating and to study the paleoecology and paleoclimate of the region. 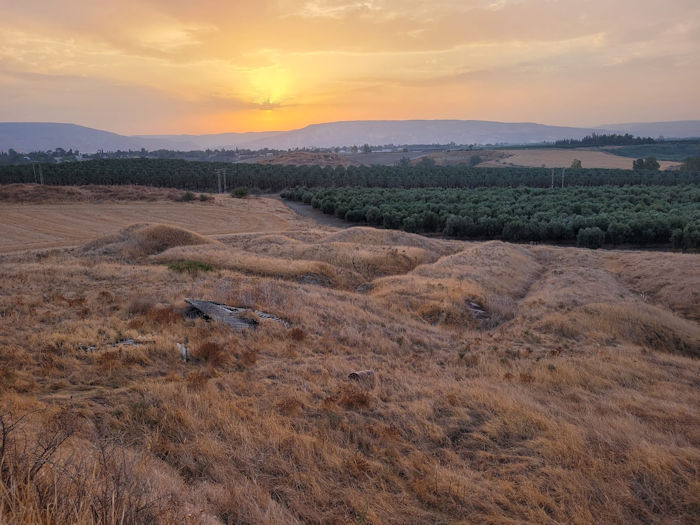 While looking at the fossils from the site, now housed at the Hebrew University's National Natural History Collections, Belmaker, a paleoanthropologist from The University of Tulsa's Department of Anthropology, encountered a human vertebra. Initially unearthed in 1966, the bone was studied by Barash and Professor Ella Been. They identified it as a human lumbar vertebra, the earliest fossil evidence of ancient human remains discovered in Israel, approximately 1.5 million years old.

According to Barash, human anatomy and evolution researcher at the Azrieli Faculty of Medicine of Bar-Ilan University, there is an ongoing debate in the literature about whether the migration was a one-time event or occurred in several waves.

The new find from "Ubeidiya sheds light on this question. "Due to the difference in size and shape of the vertebra from "Ubeidiya and those found in the Republic of Georgia, we now have unambiguous evidence of the presence of two distinct dispersal waves."

According to Barzilai, head of the Archaeological Research Department at the Israel Antiquities Authority, "The stone and flint artifacts from "Ubeidiya, handaxes made from Basalt, chopping tools, and flakes made from flint, are associated with the Early Acheulean culture. Previously, it was accepted that the stone tools from "Ubeidiya and Dmanisi were associated with different cultures—Early Acheulean in "Ubeidiya and Oldowan in Dmanisi. After this new study, we conclude that different human species produced the two industries."

Belmaker explained, "One of the main questions regarding the human dispersal from Africa were the ecological conditions that may have facilitated the dispersal. Previous theories debated whether early humans preferred an African savanna or new, more humid woodland habitat. 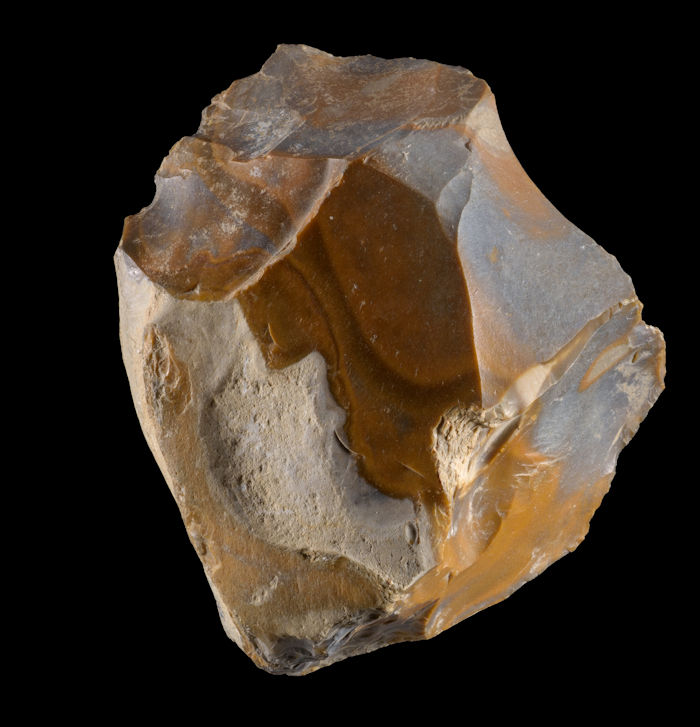 Our new finding of different human species in Dmanisi and "Ubeidiya is consistent with our finding that climates also differed between the two sites. "Ubeidiya is more humid and compatible with a Mediterranean climate, while Dmanisi is drier with savannah habitat. This study showing two species, each producing a different stone tool culture, is supported by the fact that each population preferred a different environment."

"The analysis we conducted shows that the vertebra from "Ubeidiya belonged to a young individual 6–12 years old, who was tall for his age. Had this child reached adulthood, he would have reached a height of over 180 cm. This ancient human is similar in size to other large hominins found in East Africa and is different from the short-statured hominins that lived in Georgia," said Been, paleoanthropologist at the Ono Academic College Faculty of Health Professions and an expert in spinal evolution.

"It seems, then, that in the period known as the Early Pleistocene, we can identify at least two species of early humans outside of Africa. Each wave of migration was that of different kind of humans—in appearance and form, technique and tradition of manufacturing stone tools, and ecological niche in which they lived," concluded Barash.