Ellen Lloyd – AncientPages.com – One of the most interesting events in the history of Scotland is the Jacobite Rebellion.

Also known as the Forty-five Rebellion, this was an attempt of the House of Stuart to re-establish itself on the British throne. Though the Jacobite Rebellion failed in 1745, mainly due to poor leadership and tactical mistakes, it was a turning point in British history.

In Badenoch, Scotland, Ruthven Barracks played an important role in the Jacobite Rebellion. 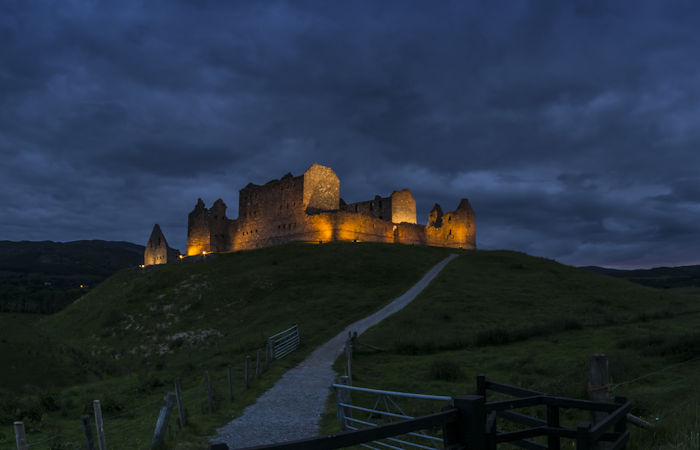 Standing on a prominent mound, visible from far away, the Ruthven Barracks were constructed Ruthven Barracks by King George II’s government in the early 1700s. “The barracks saw action twice. A 300-strong Jacobite attack failed to take the barracks in 1745, but a more heavily-armed attack the next year forced the barracks’ surrender. The Jacobites rallied here after their defeat at Culloden before conceding.”

Many may not know that there was once a castle on the mound where the Ruthven Barracks are standing today. This castle is associated with an uncanny, but an interesting legend, telling of an evil and feared man who played chess with the Devil.

A family with the same name constructed the Ruthven Castle. Later the building’s name was changed to Huntingtower Castle.

The castle has been a place where horrible events took place. In 1582, during the Ruthven Raid, the 16-year-old James VI (1566–1625) was captured and detained in the castle for ten months. This gave him plenty of time to plan an act of cunning revenge.

“On 4 May 1585, by then free, he ordered that the head of the Earl of Gowrie (as the fourth Lord Ruthven had become) be separated from his body. The succeeding Earl and his brother were murdered in 1600, and then the King decreed, as only kings can, that the family name of Ruthven could no longer be used. Thus the castle was renamed.” 2

In the 14th century, the castle was home to Alexander Stewart, who gained the nickname ‘The Wolf of Badenoch.’ Seen as a “dark character” by the villagers, rumors spread the man practiced witchcraft and held secret occult meetings with his followers. Whether this was true or not, it’s difficult to say today. Still, the fact The Wolf of Badenoch had been excommunicated and, in revenge burned Elgin cathedral to the ground added fuel to this story and gave locals reason to suspect Alexander Stewart enjoyed the company of dark forces. 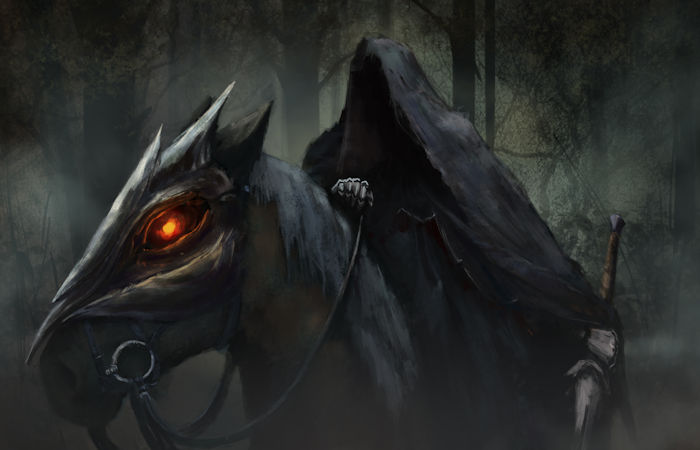 According to local folklore stories, one stormy night in 1336, people spotted a man dressed in black riding on a horse heading for the castle. Some curious and braver villagers decided to sneak closer and find out what was happening inside the mysterious building. They said they saw Alexander Stewart and the unknown dark, strange sitting and playing chess. The man dressed in black won, and soon after that, everything burst into flames, and the horrified villagers had to run. The next day when they returned to the castle, they saw the whole place had been burnt to the ground. Among the ashes, they found the dead body of Alexander Stewart and his loyal followers.

Based on this sighting, everyone believed Alexander Stewart had challenged the Devil in exchange for his soul and lost the bet.

Another version of the Alexander Stewart tale informs a massive thunderstorm broke out shortly after the Devil had won the chess play. On the next day, people found Alexander Stewart lying dead inside the castle, and he was allegedly buried at Dunkeld cathedral.