Jan Bartek - AncientPages.com - Horses have been intrinsically entwined with human history for the past five millennia, acting as an early means of rapid transport and playing a key part in agriculture, warfare and sport.

Despite this, major decades-long mysteries have surrounded where and how modern horses were first domesticated. Yet a large international team of zooarchaeologists, historians and geneticists, all experts in horse evolutionary history, has recently started coming up with some answers. The results are showing just how much this can reveal about both the horse itself and about human history and culture—and how much we still have to find out. 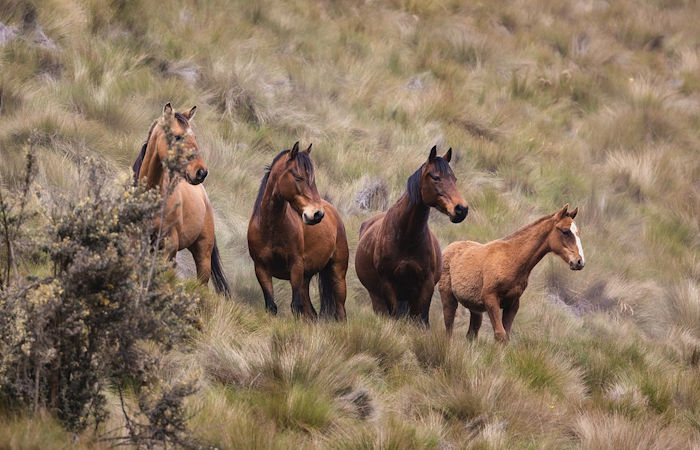 "Horses are perhaps the animals that have had the most influence on human history," said palaeogeneticist Ludovic Orlando, director of the Centre for Anthropobiology and Genomics of Toulouse, and a research director at the French National Centre for Scientific Research. "They gave us speed and the way to transport things at a pace that we couldn't reach with our own legs."

He talks of just how much they have been involved in human culture, helping, for instance, to drive the initial development of cities by aiding transport—something that can be forgotten in today's mechanized world.

And horses have left their mark on our everyday transport and industry of today, he added. "If you think about what we call horsepower for cars, it doesn't come out of the blue; it's because it was a metric for measuring how fast a vehicle would be with respect to the horse," he said.

Given their importance throughout history, a project that Professor Orlando leads called PEGASUS has been seeking to elucidate many aspects of how and where modern horses were domesticated. This has thrown up all kinds of new findings and overturned some key previous hypotheses about the process and related inferences about the movement of people and cultures, aided by the latest genetic techniques.

"It struck us that any time we thought we understood something, we demonstrated that we didn't," said Prof. Orlando. "So we actually revisited every question we asked."

One major finding that turned earlier evidence on its head came in a study that revisited a hypothesis about the ancestry of modern horses. Previous thinking was that all of today's domesticated horses descended from those thought to have been tamed by the Botai people 5,500 years ago in the north of present-day Kazakhstan, the oldest-recognized domestic horse population.

But Prof. Orlando and his team found something different when they analyzed the DNA from ancient bones, sequencing the genomes of 20 horses from Botai and 22 from across Eurasia over the past 5,000-odd years, and comparing them with 46 published ancient and modern horse genomes.

They discovered that the Botai horses were, in fact, the ancestors of Przewalski's horses, an endangered population of more than 500 wild horses living today in Mongolia—where they have been reintroduced in the last three decades after going extinct outside captivity. Indeed, today's domestic horses were found to share less than 3% of their ancestry with the Botai horses.

Furthermore, this finding implied that horses had been domesticated more than once and, at the same time, flew in the face of the previous belief that Przewalski's horses were the last truly wild horses in the world—instead being the remaining feral descendants of Botai horses.

Though there has some dispute more recently over the domestication of the Botai horses in the first place, this meant that current domestic breeds must have come from somewhere else. "It left it open to uncover the real source of the domestication process that gave rise to the horses that we know of today," said Prof. Orlando.

Looking to get to the bottom of this, he and a huge team of 161 other researchers from across fields including archaeology, palaeogenetics and linguistics, spread the net much wider.

They studied 273 genomes of ancient horses from across Eurasia spanning as far back as 50,000 BCE, along with 10 modern genomes, to map their spread over time—with radiocarbon dating used to deduce the age of bone samples. This proved enough to lead to the breakthrough the researchers were seeking, revealing their results last October in a study published in Nature.

They found that today's domesticated horses originated in around 2,200 BCE from the Western Eurasian steppes, in an area near the Don and Volga rivers in modern-day Russia.

Their predominance then expanded rapidly, replacing all the wild horse populations from the Atlantic in the west to Mongolia in the east over the next few hundred years.

"It was pretty much an overnight process," said Prof. Orlando. "It started from one region and spread like fire across the world."

Potentially helping explain their success ahead of other populations were adaptations that the researchers found in two genes—GSDMC and ZFPM1—that are respectively associated with back pain, and behavior and aggression. Modifications to these may therefore have made horses tamer and provided them with a stronger back that facilitated them being ridden.

"Maybe this horse type was the lucky one to recombine the right mutations in a way that made them more tameable, as well as keener on transporting stuff," said Prof. Orlando.

The findings also help shed light on the spread of people, showing how insight into horse history can impact on the picture of human migrations and the development of cultures.

Previously, for example, horseback riding was assumed to be linked to the expansion into Europe of steppe pastoralists from a culture known as the Yamnaya around 3,000 BCE, aiding the proliferation of Indo-European languages. However, given that this happened prior to the time of horse domestication—as suggested by the study—it indicates that the two were not connected. "That was, again, another discovery that we didn't expect," said Prof. Orlando.

Conversely, the timing of the spread of horse domestication coincided with the expansion of equestrian equipment such as chariots and horse bits across Asia, and the dissemination of Indo-Iranian languages there. "This speaks of the importance of the horse in driving us across the world," said Prof. Orlando.

Other research during the PEGASUS project has produced further findings about the relationship between people and their horses, shedding light on adaptive mutations associated with selective breeding for domestication.

They found, for instance, that nomadic Scythian herders inhabiting the Central Asian steppes in the first century BCE used breeding strategies that selected for different coat colors and strong forelimbs, as well as the development of mammary glands—with the researchers identifying variants associated with these changes.

Meanwhile, research in this area not only provides insights into history and evolution, but also potential measures for horse welfare and conservation. In a study presented at the time as the largest DNA time series for a non-human organism to date, researchers revealed that genetic diversity was retained for millennia after the first domestication of horses, but then tumbled 16% in the past two centuries—giving a basis for investigating the possible negative impacts of modern breeding.

Knowing horses' past can also contribute to conservation strategies through activities such as rewilding. "It's not just a pure scholarly exercise to answer those questions—it has consequences in the real world," said Prof. Orlando. "We can inform decision-makers on which populations should be prioritized for rewilding or for conservation."

After the project's findings so far, Prof. Orlando hopes to dig into finer-grained detail about the past, with much still to uncover. "We want to reinterpret some parts of history in terms of the power that some civilizations may have had over others thanks to horses," said Prof. Orlando. "Maybe some civilizations got a huge advantage because they managed to get a type of horse that others didn't."

With PEGASUS having sought to build an unprecedented collection of horse fossil specimens from across Eurasia, the richness of such findings already and the capabilities of modern genomic sequencing techniques, the opportunities for uncovering developments in all sorts of areas—from biology and sociology to archaeology, history, and linguistics—are substantial, said Prof. Orlando.

And these techniques promise to keep enriching our understanding of how the flow of events has unfolded over time, he said. "Our technologies have come to such a level that you can sequence so much across space and time that it becomes possible to draw arrows from one to the next."