A. Sutherland  - AncientPages.com - In Chibcha (Muisca) mythology, Huitaca was the rebel goddess of drunkenness, widely known as the goddess of lust. She was a beautiful woman of lunar origin who preached the need for a broad joyful life, full of games, pleasures, and liberation of sex.

As the lunar goddess of intoxication, Huitaca was the rival of a male preacher, Bochica, who was the Chibcha people's national hero and enjoyed almost the same status as a god. 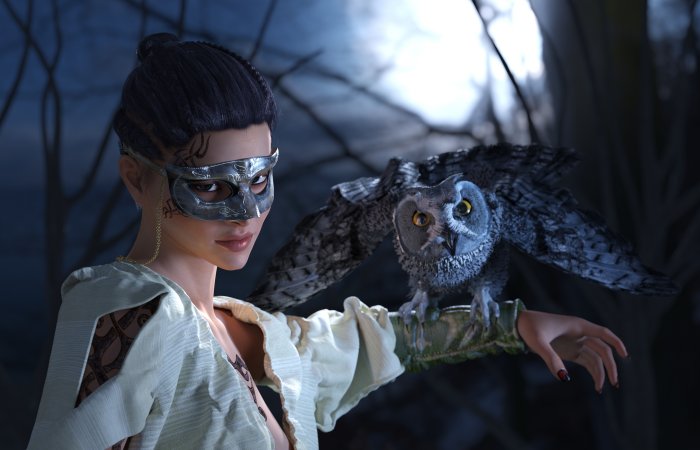 The Pre-Columbian Chibcha (Muisca) were indigenous people of the Eastern Cordillera of the Andes of Colombia. Many of their customs and traditions and customs were demonized due to the Spanish's arrival. However, today, the Chibcha still recall that Bochica came to them when he was needed at a time of most unpleasant disorder.

The great hero and a gentle being did much for the people and preached against war and worshiping idols. He could heal a sick person only by touch miraculously. Just like Jesus Christ, he was also capable of restoring sight to the blind. He taught how to plant crops, spin cotton, make clothing, create music and build houses.

But he also taught the principles of morality, behavior in society and strongly required a rigorous moral attitude towards self-indulgence or sex.

However, Huitaca goddess was Bochica's strong opponent and a rival.

Huitaca did not represent a puritanical way of life. She opposed the strict moral code of Bochica and many of his teachings.

She gained many followers among the Bochica's people, most probably because of her extraordinary beauty. Her physical attractiveness caused all men to disobey Bochica's teachings and principles. The cult of this malevolent goddess belonged to the lunar ritual.

Even after her punishment, Huitaca remained a rebel because it was her nature.

No doubt, she represents the archetype of the rebel goddess from deep antiquity to the present day.

She is still remembered as an ancient Chibcha (Muisca) female divinity that symbolizes wisdom, rebellion, beauty, and sexual liberation, so in a way, she represents freedom. She could not win; she still had Bochica against her and his laws.

One day, Huitaca became so angry that she raised a flood, drowning the land and all Bochica's followers. Those who survived complained to the hero Bochica who - by using his magical stick - broke two rocks at the edge of the Tequendama Falls, and all the water came out, forming a waterfall.

A most famous myth of the Tequendama Falls creation says that this magnificent place is due to Bochica, a hero-god of the Chibcha (Muisca). 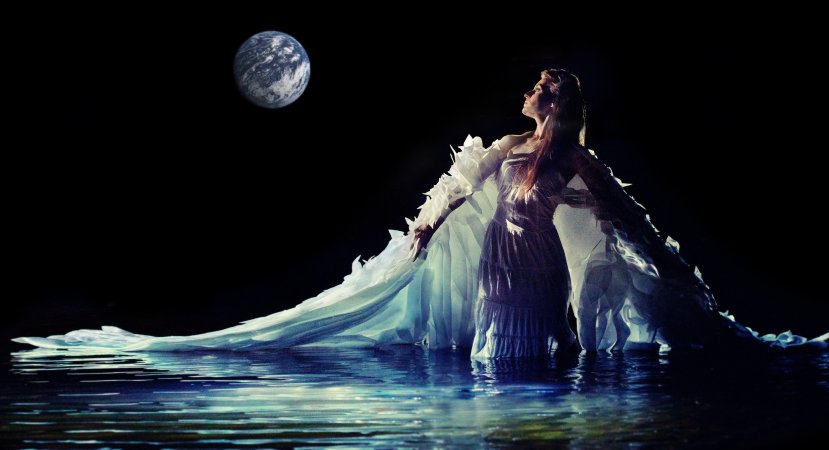 Huitaca was a beautiful goddess and had many followers, but not everyone trusted her. Credit: diter - Adobe Stock

A miraculous blow from his staff evacuated the waters that were flooding the region. Tradition has it that many ancient Chibchas did not trust Huitaca and for them, she was an evil and shadowy deity, which, with her provocations to evil, brought upon men the flood and disaster.

Finally, Huitaca's arrogance, impertinence, disobedience, and evil deeds made Bochica angry that he transformed her into a white owl.

As most legends and myths have plenty of versions, also this story varies. In one version, Huitaca ascended to heaven and became the sun's wife to shine at night, as the moon does. Some ancient chroniclers wrote that Huitaca was another name for Moon goddess, Chía.

When the Spanish arrived, her followers were forced to erase her from their lives.

But was Huitaca ever forgotten?

Wasn't her struggle against his rules simply a battle between patriarchy and matriarchy in the society?

In Celtic mythology, the goddess Boann (Boinn) was one of the Tuatha de Danaan who was ready to fight for her beliefs and principles and could even die to pursue her goals.

Another famous female figure was Lilith, a beautiful, demonic, and courageous woman who refused subordination and symbolized gender equality. She rebelled against male dominance as Huitaca did.