Conny Waters - AncientPages.com - Ancient Egyptians had several achievements in chemistry and cosmetology. They produced creams, perfumes, and facial colors. They created beautification techniques, and special soap to wash corpses as part of mummification.

The use of cosmetics was very important in ancient Egypt and makeup was used by both men and women. 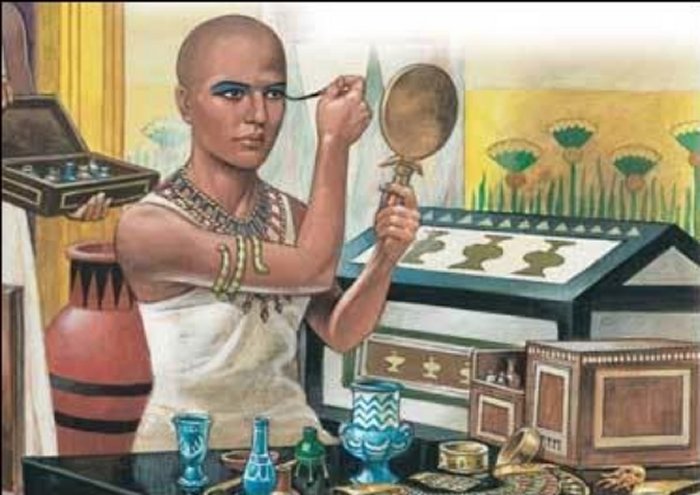 4,000 years ago, the Egyptians used some kind of toothpaste or bleach (a person with bleached teeth looks healthier), which was made from ground pumice added to soap, scrubs, and other natural cosmetic recipes to provide exfoliation to the skin.

Makeup was once an important part of everyday life in Egypt and it was not only used to look better. There was a much more important purpose behind the use of cosmetics in ancient Egypt. Cosmetics was sacred to ancient Egyptians and used not only for aesthetic purposes but rather for magical and religious purposes. 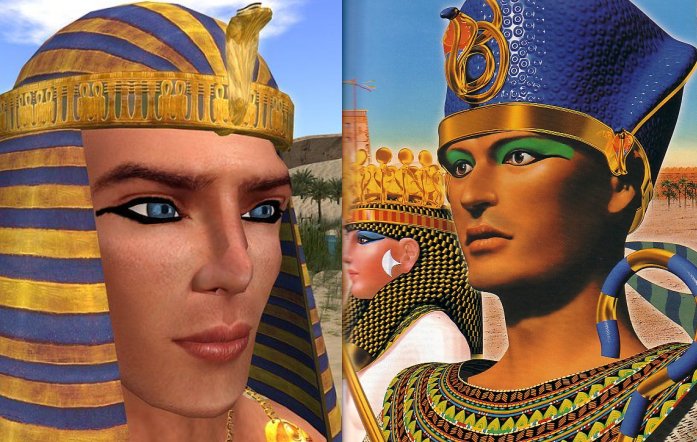 During all periods and dynasties, eye makeup was a daily prerequisite for both men and women.

The use of cosmetics differed slightly between social classes. Higher class and wealthier individuals could afford more make-up.

Ancient Egyptians used a variety of cosmetics such as eye makeup, rouge, and perfumed oils that softened the skin and prevented burning in the sun and damage from the sandy winds. Galena powder possesses disinfectant and fly-deterrent properties. It is believed to offer the eyes protection from the intense sun.

In Ancient Egypt, the image of an individual often acted as a substitute for the body in the afterlife. Therefore, in funerary paintings, both males and females are shown in their best clothes, wigs, and makeup.

Ancient Egyptians often shaved their head because of lice infestations. People wore wigs made of real human hair that was adorned with flowers and braid. 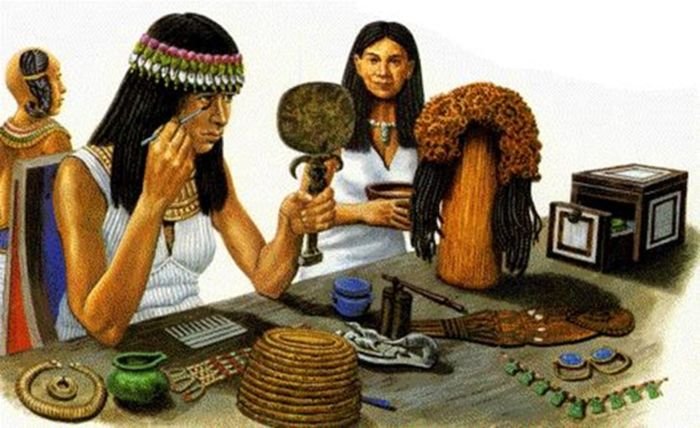 Makeup tools and accessories were very important too. Precious oils were stored in cosmetics jars made from glass, faience ceramics, and stone. The mirror was made of bronze and often carved in the form of an Egyptian goddess.

Ancient Egyptians used a variety of pigments to adorn the face. Most important of all was kohl, which was used to line the eyes. Kohl came from two sources: a green eye paint made of mineral malachite and a black liner derived from galena, a form of lead ore. Women used red ochre to form a light blush for cheeks and lips, while henna was used to paint the nails and dye the hair.

Cosmetics had also a religious resonance. The ancient Egyptians regarded beauty as a sign of holiness. In the holy sanctuary of the temple, the god was anointed with makeup as a symbol of celestial regeneration. This took place every day.