Ellen Lloyd - AncientPages.com - The ancient Berkeley walls remain an ancient unsolved enigma. Often referred to as the “Great Wall Of California”, it still remains unknown who constructed the stone walls and for what reason. Could they be evidence that an ancient unknown advanced civilization once settled in the East Bay?

Stretching for over 50 miles, the East Bay "Mystery Walls" are found up and down the hills of the East Bay from Berkeley to San Jose, USA. A 50 mile long wall is odd enough, but what if the wall was not alone?  What if there were other walls? 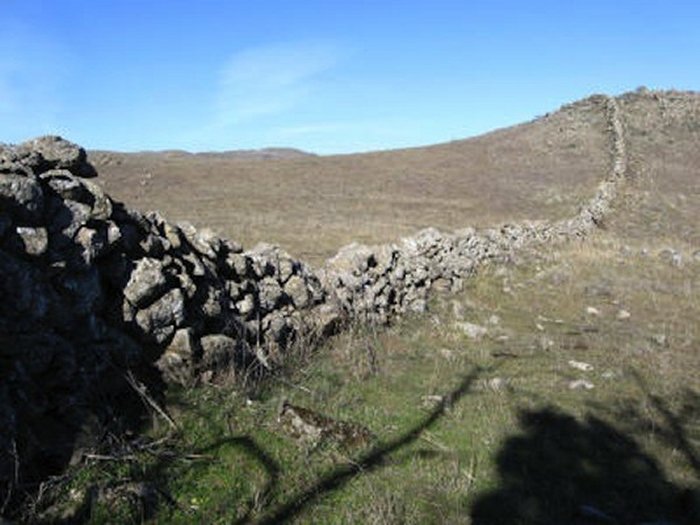 A chain of walls all along Northern California because as it turns out, there are other mysterious walls in North California but not just in the San Francisco Bay Area.  Instead these series of walls may stretch as far as the Oregon border. After meandering throughout the Oakland hills, the walls head inland towards Mt. Diablo where we encounter mysterious stone circles, up to 30 feet in diameter. In one place the walls form a spiral 200 feet wide that circles a large boulder.

Who were the mysterious builders of the Great Wall of California?

Some scholars who examined the ancient ruins proposed the stone walls are the work of settlers from Mongolia, as the Chinese tended to wall in their cities.

Perhaps the mystery walls were reminiscent of the Great Wall of China. Did the Zheng Hue fleet which set out to circumnavigate the world reach California? Anchors found in Baja California, mysterious writings from a Buddhist monk in Meso America, even a sunken 17th century Junk found near Chico, all suggest the Chinese explorer was present in this part of the world. 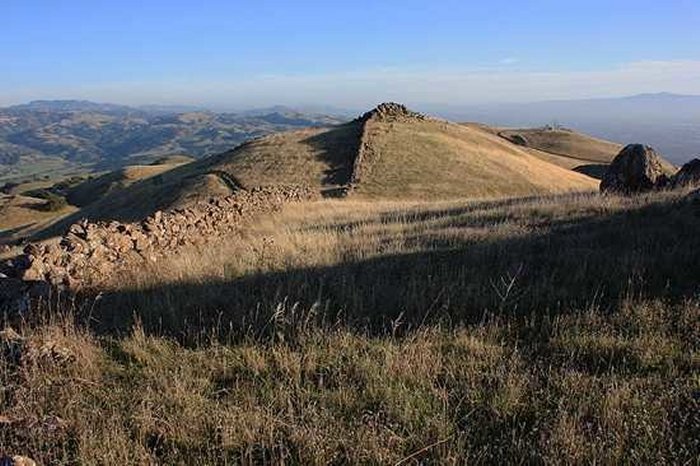 Other scholars have theorized that they were built by the early Missionaries, and yet another group still wonders if Sir Frances Drake did not leave colonists behind at the site where he completed the circumnavigation of the globe. There are also those who say the Ohlone people (also know as the Costanoan), a Native American Indian tribe raised the wall, but like the other theories there is too little evidence to confirm the hypothesis.

Many of the stones are quite heavy and the entire site appears to be very old. The wall is up to five feet tall in some places and it was constructed from boulders of varying sizes, some are basketball-sized rocks, while others are large sandstone boulders weighing a ton or more. Many of the formations have sunk far into the earth, and are often completely overgrown with different plants. 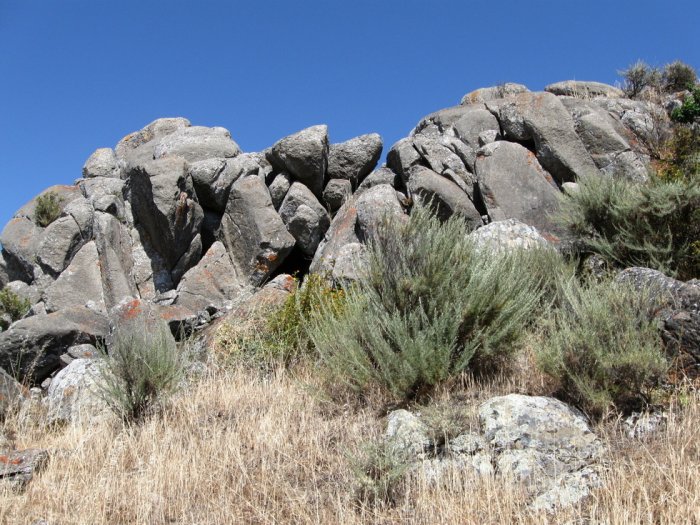 The purpose of the walls is unknown. At first sight one might think it was defense construction of some kind, but there are certain problems with this theory. The wall is not continuous and it is composed of multiple sections. In addition, the wall is not high enough to have been used as defense mechanism.

It is therefore highly unlikely it was used as a fence.  So, why was it built?

Unfortunately, the walls haven’t been subjected to a serious scientific examination. Archaeologists and scientists have not investigated this curious and interesting ancient site in more detail. For now, the ancient Berkeley Walls remain an ancient unsolved North American mystery.

Anomalies Network - East Bay Walls, Enigmatic Feature or Part of the Remnants of a Lost Civilization in Northern California