Conny Waters - AncientPages.com - Excavations of a previously unknown church in the medieval city of Cherven have revealed the 14th-century murals containing a scene with “warrior saints”.

Cherven, in today’s Ruse District in Northeast Bulgaria, was an important religious, urban, and economic center during the Second Bulgarian Empire (1185-1396/1422 AD). 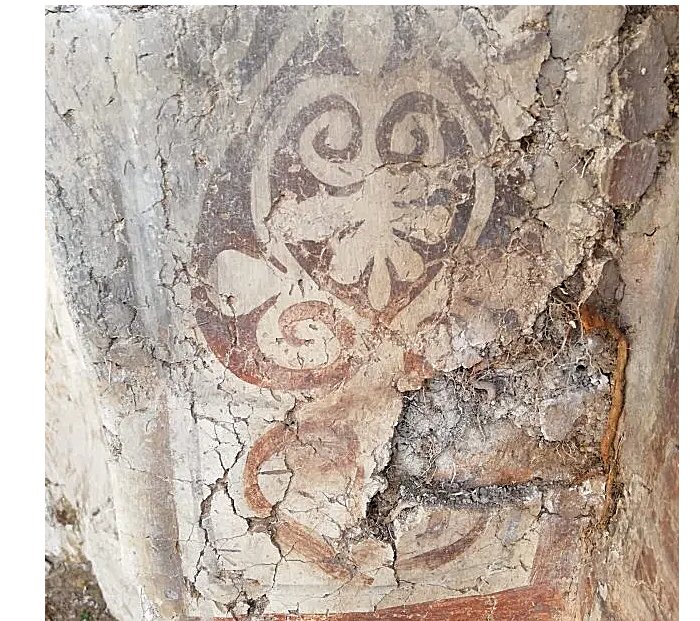 The most valuable of the surviving frescoes have been extracted for restoration and display. Photos: Ruse Regional Museum of History

The ruins of the city include traces of an Ancient Thracian settlement, an early Byzantine fortress, as well as several settlements from the time of the First Bulgarian Empire (680-1018 AD).

“The full-fledged exposure of the church building led to the discovery of a preserved layer of murals on the temple’s walls," the Museum informed. 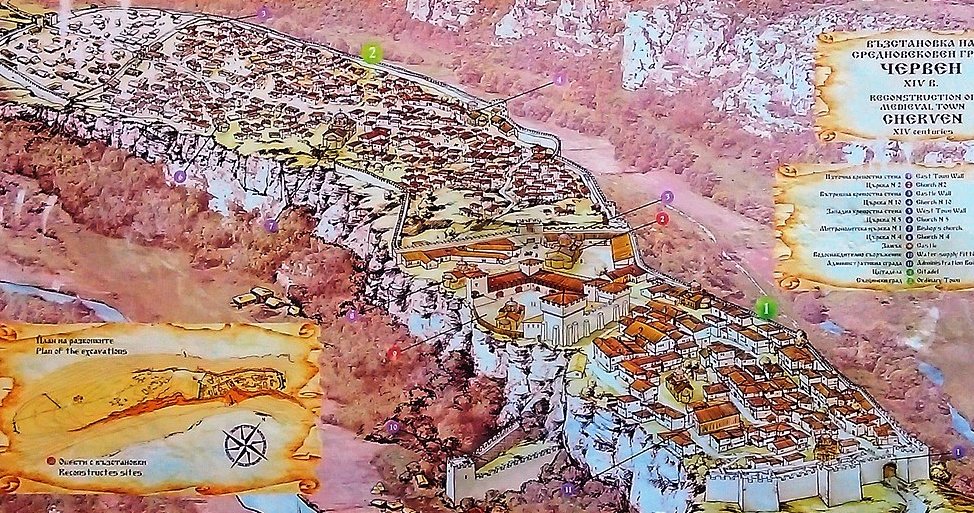 Plan of the medieval city of Cherven, Bulgaria. source

“The preserved fresco fragments are parts of a painted drapery as well as a partly preserved scene with figures of warrior saints."

The area of the surviving murals is about 12 square meters on the ruins of the walls of the church, which is dated, more specifically, to the first decades of the 14th century.

The late medieval church is described as one of the temples that are representative of the life of the medieval fortress of Cherven.

The church has one apse pointed to the east and is 13 meters long and 7 meters wide. 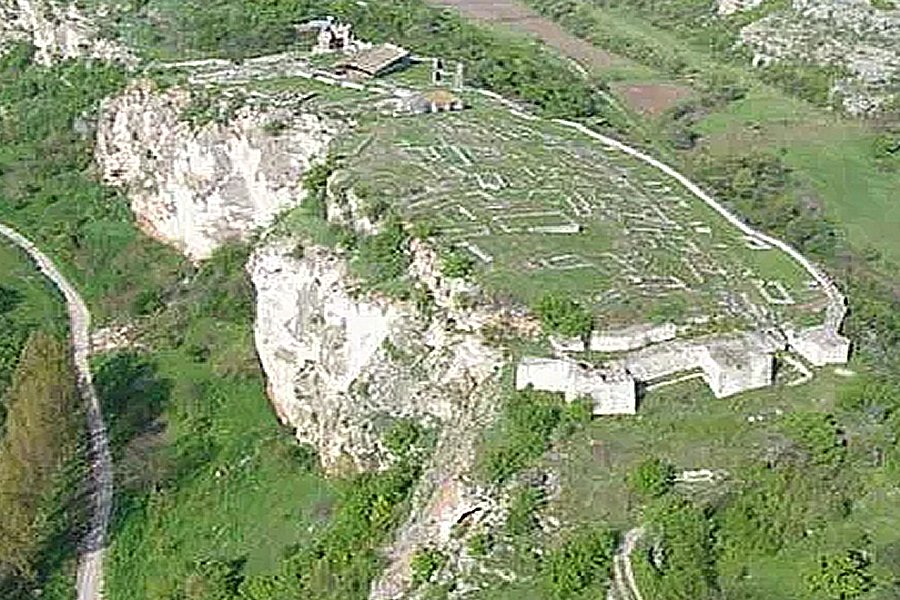 An aerial view of the excavated citadel of the medieval Bulgarian city of Cherven. Photo: Cherven.eu

Part of the discovered frescoes have been transferred to a restoration atelier, and the conservation and restoration project developed by archaeologist Svetlana Velikova is supposed to guarantee the reinforcing and restoring of the murals on a new surface.

The restoration work is being carried out by Assoc. Prof. Miglena Prashkova from Veliko Tarnovo University “St. Cyril and St. Methodius".

“The successful realization of the project would lead to including the picturesque decorations from the newly found church [in Cherven] in the permanent exhibition of the Museum," the Ruse Museum of History says. 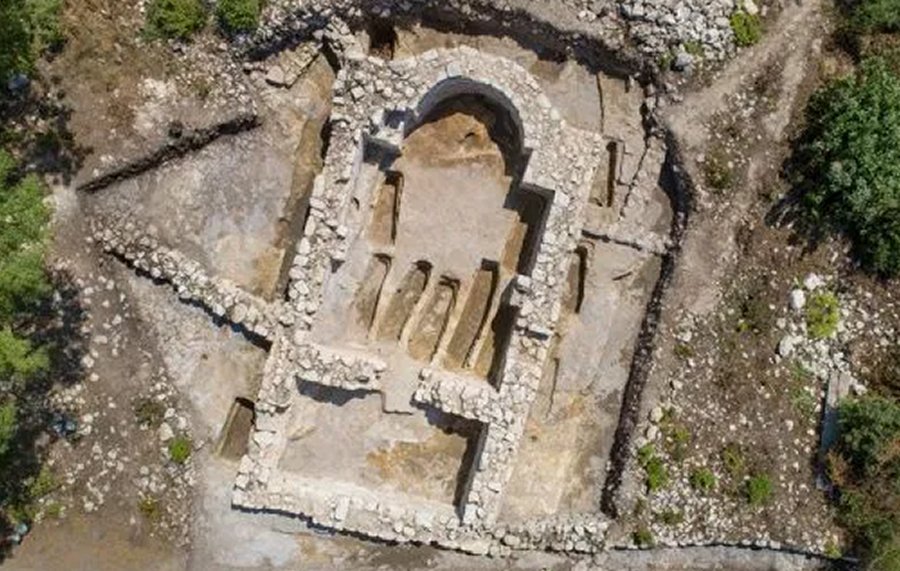 An aerial photo of the newly discovered Church No. 16 in Cherven. Photo: Ruse Regional Museum of History

Parallel to the excavations of the church, the Ruse archaeologists have also been exposing a nearby necropolis as well as parts of a medieval street and adjacent buildings.

“Future research in this area would help clarify important questions about the urban planning [of the city of Cherven], and about the events around the conquest of the fortress [by the Ottoman Turks] and the ensuing Early Ottoman period," the Ruse Museum states.

So far, at the excavation site, archaeologists have discovered a total of 80 medieval inscriptions about church donors, and it is considered as a testimony to Cherven’s importance during the Middle Ages. 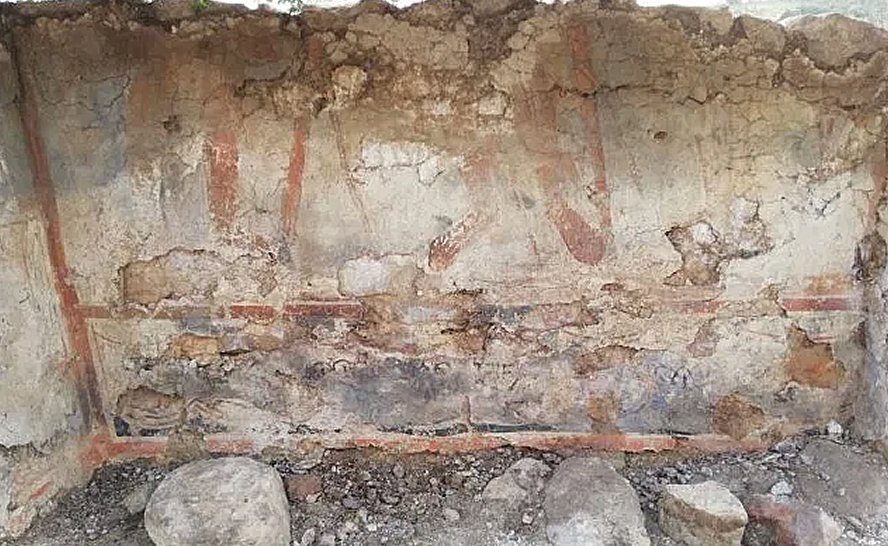 The most valuable of the surviving frescoes have been extracted for restoration and display. Photos: Ruse Regional Museum of History

The ruins of the medieval Bulgarian city of Cherven are found on a high rock while today’s town of Cherven, which was set up by survivors after the Ottoman conquest, is located down in the river gorge.

After Bulgaria’s liberation from the Byzantine Empire in 1185 AD, the city of Cherven flourished and became a powerful center during the 14th century.

It was a center of Christianity as the seat of the Cherven Metropolitan and a center of craftsmanship. Cherven was conquered and ransacked by the Ottoman Turks in 1388 AD.

The discoveries at the ancient site of Cherven include a large feudal palace, fortified walls reaching up to 3 m in width, two well-preserved underground water supply passages, a 12-meter-high three-storey tower, known as the Cherven Tower, from the 14th century, a total of 13 churches, administrative and residential buildings, workshops and streets.