Conny Waters - AncientPages.com - An ancient slab of limestone, probably engraved about 1,800 years ago was unearthed at the ancient city of Hadrianopolis, located in the Eskipazar district of the Black Sea province of Karabuk, in northern Turkey. 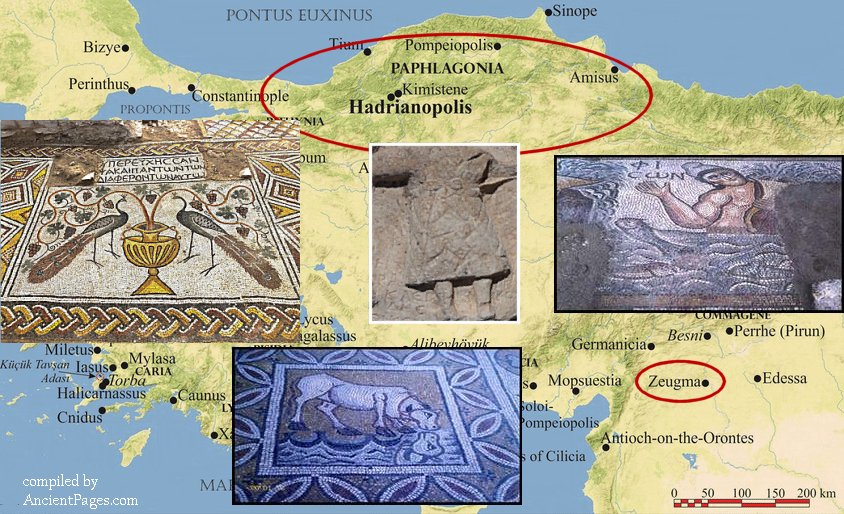 The slab’s carving depicts a woman wearing a traditional dress, a belt with a snake on her waist, and holding ears of wheat in her right hand, Ersin Çelikbaş, Faculty Member of the Department of Archeology of Karabük University (KBÜ), told Hurriyet Daily News.

The woman most probably depicts Demeter, the goddess of the harvest and agriculture, highly honored in the Hadrianopolis area during the Roman period because of the intensive viticulture activities, related to the cultivation and harvesting of grapes.

The inscription on the slab reads: “Herakleides, son of Glaukos, presented this.”

The ancient city of Hadrianopolis was an important site of pilgrimage for early Christians until the city lost its importance in the 8th century AD. 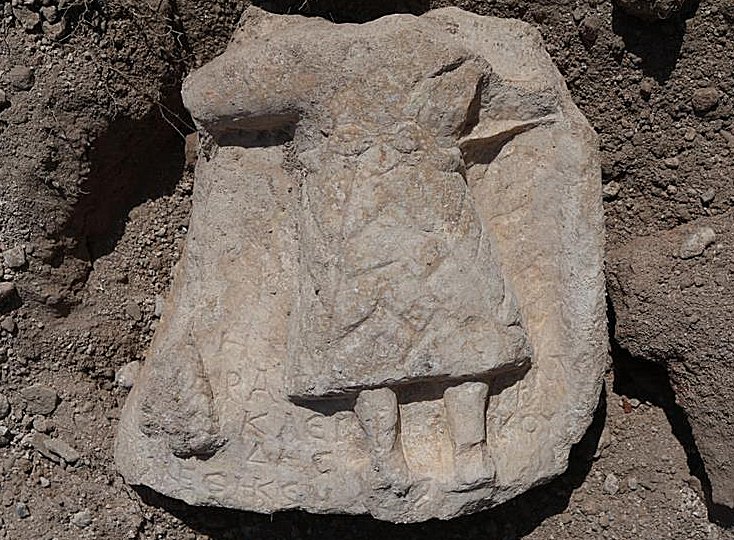 People visited the city because it is the birthplace of the Saint Alypius the Stylite, a seventh-century ascetic saint, who was worshiped as a monastic founder, and a protector of children.

Hadrianapolis - suddenly abandoned completely at some point in the seventh century AD - was inhabited in the late Hellenistic, Roman and early Byzantine periods. So far, excavations in the city uncovered a total of 14 public buildings and other structures.

Among them, there are two public baths, two churches, defensive structures, rock tombs, a theater, an arched and dome-shaped building, a monumental cult niche, a wall, villas, other monumental buildings, and some cultic areas. 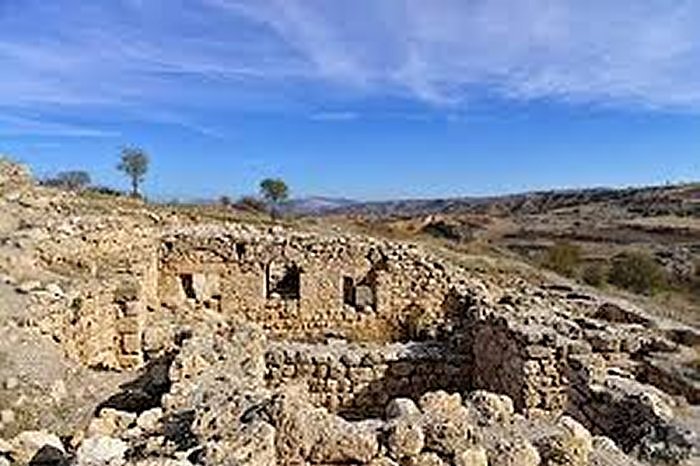 The ancient site, located in modern Turkey, about 3km west of modern Eskipazar, is believed to have been established between the first century BC and the 8th century AD. It was named after the Roman emperor Hadrian in the 2nd century AD. Photo credit: AA

The floors of the churches are decorated with beautiful mosaics depicting horses, elephants, a bull, a lion, two peacocks, a deer, and griffins.

The bull on the mosaics represented Lucas and the lion represented Marcos and the church was dedicated to Marcos and Lucas, two very important figures in the Christian world

Hadrianopolis can be compared to the ancient city of Zeugma in southeastern Turkey, once, one of the most important centers in the Eastern Roman Empire.

Zeugma is famous for its mosaics.