AncientPages.com - The sensational discovery was made three months ago in the Altai Mountains by the team of archeologists from Novosibirsk Institute of Archeology and Ethnography. 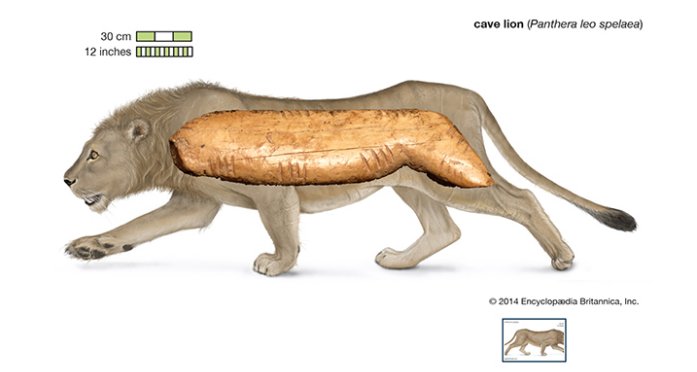 Cave lion figurine in situ at the Denisova Cave in the Altai mountains. Picture: Institute of Archeology and Ethnography

It was found inside the 11th layer of the southern gallery of the Denisova Cave.

This is the oldest sculptural zoomorphic image ever found in Siberia and throughout the territory of Northern and Central Asia.

The precise age is yet to be confirmed, but the cautious dating given by Siberian archeologists means that this might be the oldest animal figurine in the world.

The lion’s head is missing, what we see is its hind legs, groin, back and belly, covered in an ornament of eighteen rows of nothes.

There are two extra rows with four notches on the lion’s right side. 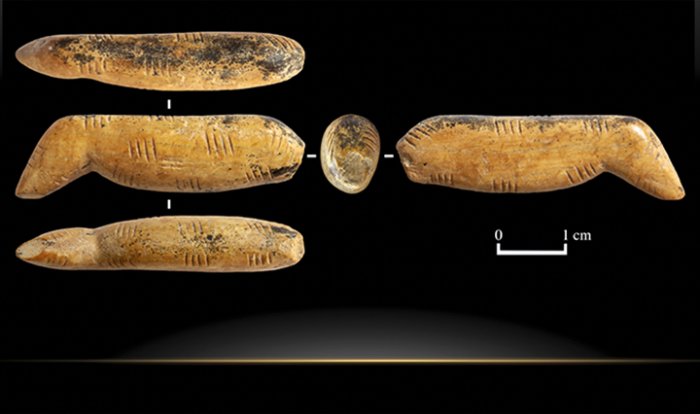 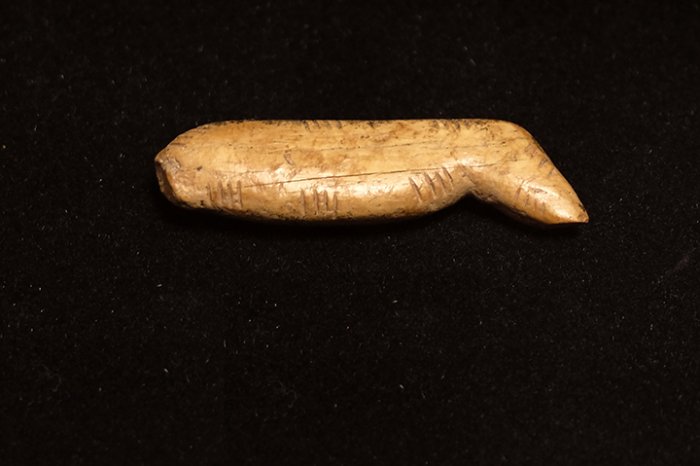 Aged approximately 45,000 years, this might be the world’s oldest animal statuette. Pictures and video: Institute of Archeology and Ethnography, The Siberian Times

‘The figurine depicts an animal with its tummy tucked in, its hind legs bent. It is either galloping, jumping or getting ready to jump. The animal is shown in a typical for big cats position for the moment when they are ready to catch a prey’, said Mikhail Shunkov, head of the Institute’s Stone Age Archeology Department.

The mammoth ivory for the statuette was delivered from quite a distance away, Russian scientists say. It had to be carried for at least 100 kilometres from the northern footsteps of the Altai Mountains.

After finishing the figurine, the cave artist used red ochre to paint it.

So far traces of it were found mostly around the stomach area - which even led to an idea that it could be symbolising a bleeding wound - but researcher Alexander Fedorchenko believes that most likely the whole animal was painted red.

Remains of ocher were found only in the southern gallery of the Denisova cave.

In 2018 a ‘pencil’ and a marble stone with traces of ocher powder were discovered in the same area where later archaeologists unearthed the cave lion - making the trio the first set of such kind in history of Siberian archeology. 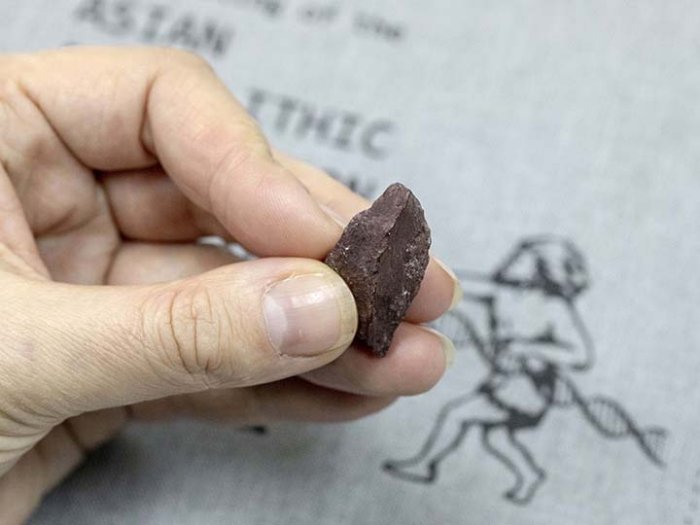 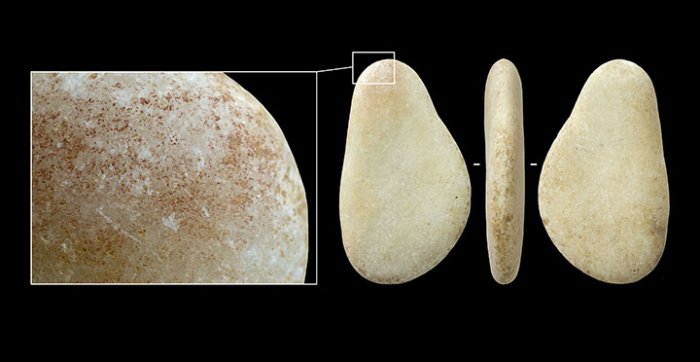 In 2018 a ‘pencil’ and a marble stone with traces of ocher powder were discovered in the same area where later archeologists unearthed the cave lion. Pictures:  Institute of Archeology and Ethnography

It is still unclear if the figurine depicts a male or a female lion, as well as the purpose of the find. The archeologists believe it is ‘too simplistic’ to assume this was a toy, but there is no proof that it could have been a cult item.

The artist’s identity is another question to be answered. The assumption is that it was a Denisovan, but as professor Shunkov added, ’45000 years ago was the time when Homo sapiens already wondered around Siberia, so it was quite likely that they could have influenced the Denisovans.’

Was this one of the first-known artistic collaboration then?

The answer is yet to come, say archeologists, but they are certain that by the style it was made the Denisovan Cave Lion doesn’t resemble anything previously found int he world. 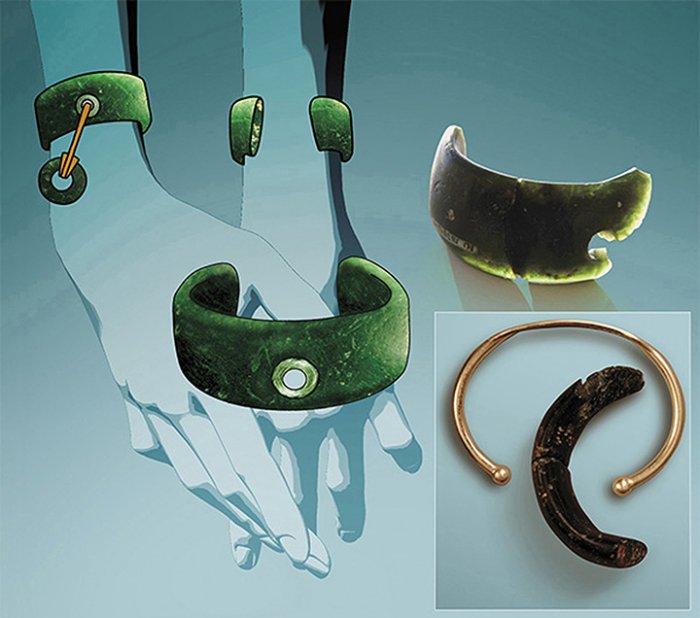 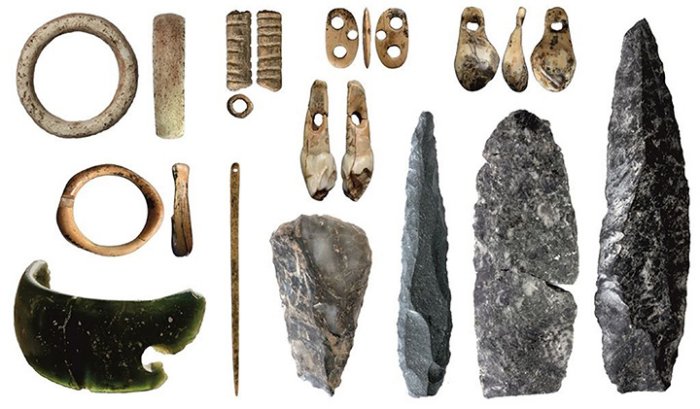 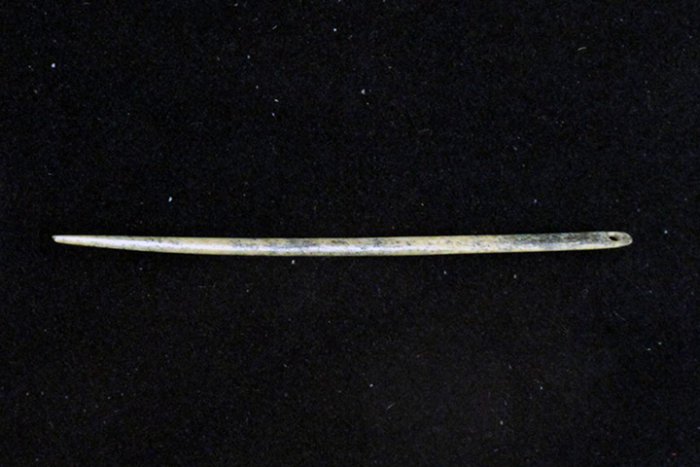 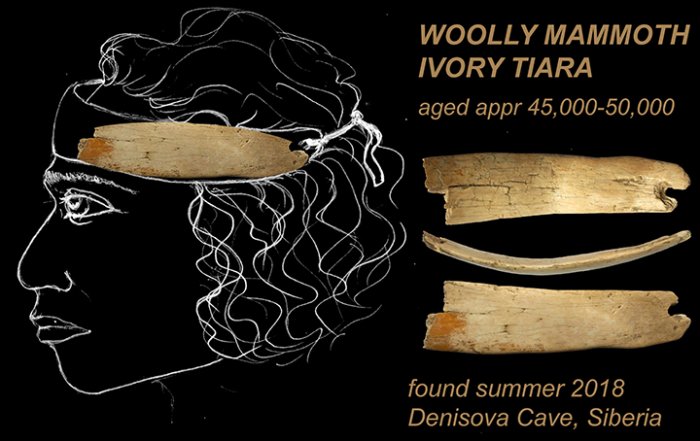 Treasures of the Denisova cave: the stunning bracelet, the world's oldest needle, the mammoth ivory tiara and set of tools. Pictures: Institute of Archeology and Ethnography, The Siberian Times

The Denisova Cave lies right at the border of the Altai region and the Altai Republic in the south of Western Siberia.

It was inside the Denisova Cave in 2008 that Siberian archeologists discovered a tiny finger bone fragment of 'X woman', a juvenile female believed to have lived around 41,000 years ago.

Analysis showed she was genetically distinct from thick-browed Neanderthals and modern humans.

The recent addition to the human family tree was christened Denisovan.

Further research showed that the Denisovans were a sister group of Neanderthals. The two groups split from a common ancestor around 390,000 years ago. 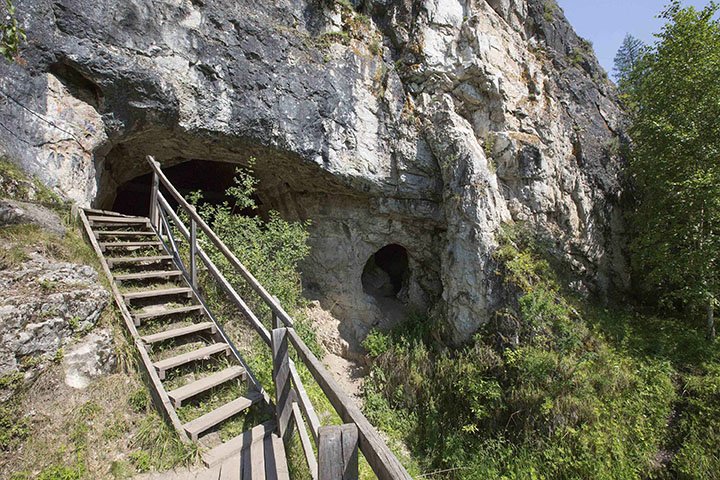 The Denisova Cave is relatively small with floor area of about 270m2.

It has three galleries - the cosy Central Chamber with high, arched ceiling and a hole that lets in natural light, the South Gallery and the East Gallery.

The cave is nicely positioned above river Anuy, which must have given all three hominids - the Neanderthals, the Denisovans and the Homo Sapiens - some stunning sunset views over the past 120,000 years.

Now the site has a permanent research camp, a pride of Novosibirsk Institute of Archaeology and Ethnography.

This article was originally published by The Siberian Times and has been republished with permission. The original article can be read here.