Conny Waters - AncientPages.com -The ancient Roman marble child statue head, dated to the third century AD, and a chamber pot have been discovered at the site of the Danube city of Novae,  that was once related to the ancient Roman military camp, reports Archaeology in Bulgaria.

The artifacts were unearthed discovered during excavations carried out by Bulgarian and Polish archaeologists and led by Pavlina Vladkova of the Veliko Tarnovo Regional Museum of History. 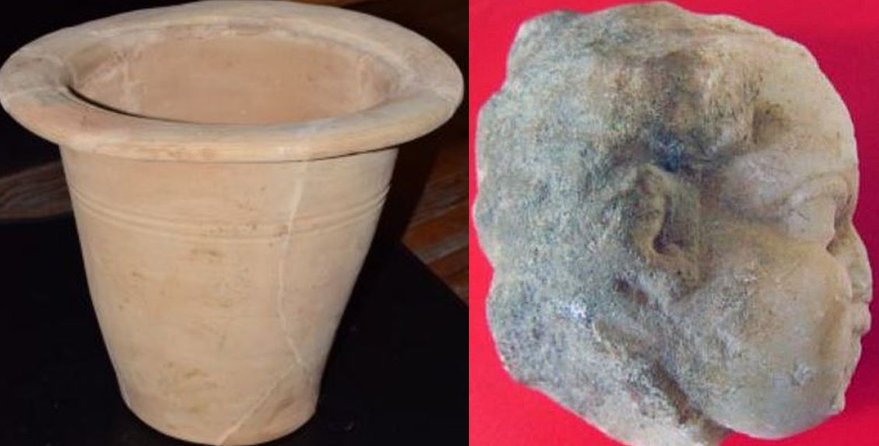 Left: The chamber pot with no handle is the fourth chamber pot so far to have been found in a Roman mansion in Novae. / Right: The Ancient Roman marble child statue head unearthed in the Danube city of Novae / Photo: Archaeologist Pavlina Vladkova via the Yantra Dnes daily

Two more similar heads from small statues of children have been discovered in Novae so far in earlier years, and all of the were probably part of statuary groups depicting playing children, Vladkova explains.

In her words, the newly found marble child head as well as the earlier such finds from Novae remind of an Ancient Roman marble relief kept in the Louvre Museum in Paris, France, which depicts children playing a ball game.

The ancient chamber pot has been found in the southern part of a Roman villa, at a spot which most likely harbored the bedrooms of the rich home. 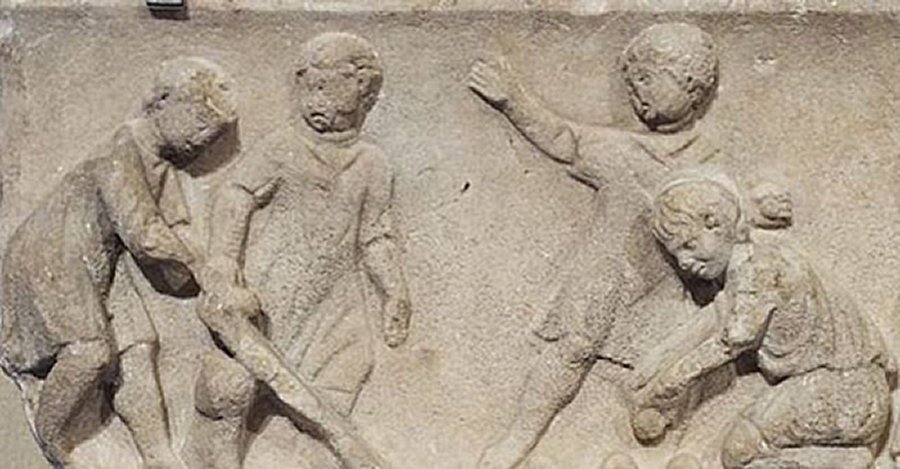 An Ancient Roman relief from the collection of the Louvre Museum in Paris depicts a group of children playing a ball game. Photo: Archaeologist Pavlina Vladkova via Yantra Dnes

The Roman chamber pot is made of clay, and is about 50 centimeters (nearly 2 feet) deep. It has a stable bottom but lacks a handle, unlike chamber pots known from as recently as the 19th and early 20th century.

That is the fourth chamber pot to have been found in the Roman villa in question. Judging from the chamber pot’s diameter, it is more likely that the newly discovered one was used by children, rather than by adults, the lead archaeologist notes.

The Roman mansion where the chamber pots has been discovered also had a latrine (toilet) located in its southwestern corner, and connected to several canals and a clay water pipeline.

Since the archaeologists have found no traces of marble or limestone toilet seats, they conclude that its toilet seats must have been made of wood. 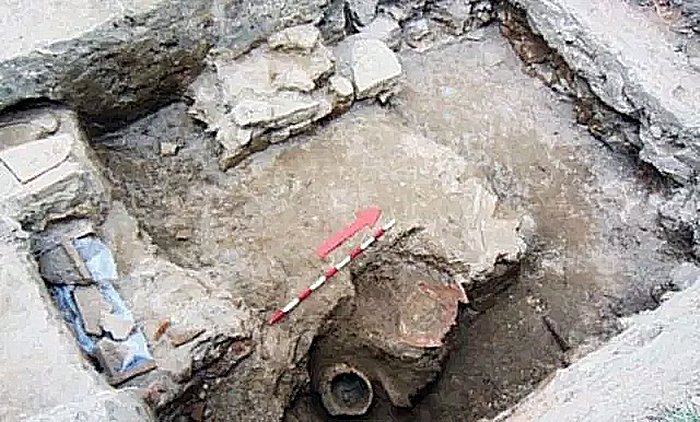 Ruins of the Roman villa, once a residence outside the military camp of Novae in the 2nd-3rd century AD. A home was built on top of its ruins in the 4th century AD. Photo: Archaeologist Pavlina Vladkova via Yantra Dnes

Vladkova points out that the most famous chamber pot, or potty known from the Antiquity Era has been found during the excavations of the Agora (main square) in Athens, and dates back to the 5th century BC.

The Roman Military Camp and Late Antiquity City of Novae is located 4 km east of the Bulgarian Danube city of Svishtov. It was a legionary base and a Late Roman city which formed around its canabae, a civilian settlement near a Roman military camp, housing dependents, in the Roman province Moesia Inferior, later Moesia II, set up after the Roman Empire conquered Ancient Thrace south of the Danube in 46 AD.

The last traces of major construction at Novae date to the rule of Byzantine Emperor Justinian I the Great (r. 527-565 AD). At the end of the 6th and the early 7th century Novae was attacked by the Avars and the Slavs which led the Ancient Roman and Byzantine city to decline.