Conny Waters - AncientPages.com - A stunning Sphinx Room at Emperor Nero's famed Domus Aurea (Golden House) in Rome has been rediscovered after 2,000 years. The room is decorated with magnificent images of panthers, centaurs and a beautiful sphinx.

Experts found the paintings while doing restoration works in the house, and dubbed the new area "the Sphinx Room". 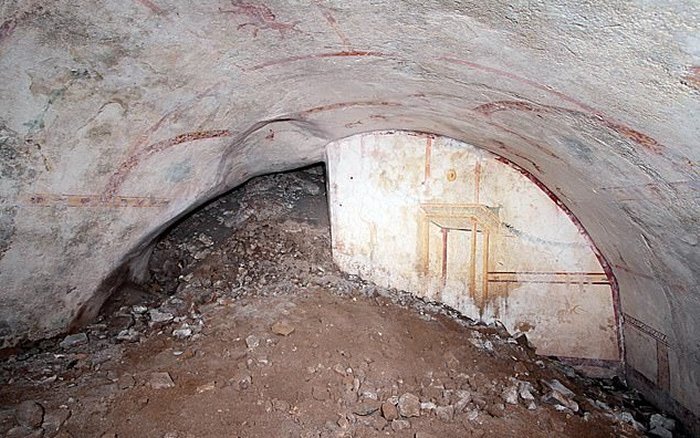 The Sphix Room was discovered during restoration works. Credit: EPA

It’s an exceptional and thrilling find made in the house that was built by the controversial emperor Nero in 64AD after a huge fire devastated Rome in which he is generally but erroneously said to have fiddled.

“We came across a large opening positioned in the northern corner of the covering of the room,” said Alessandro D'Alessio, the official in charge of the Domus Aurea. 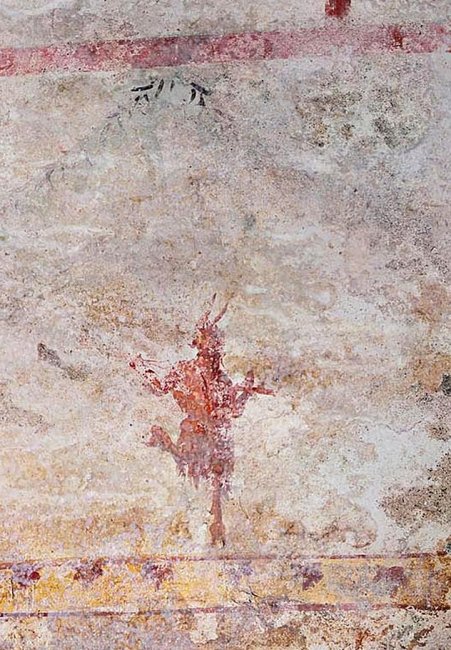 "Lit up by the artificial light, there suddenly appeared the entire barrel vault of a completely frescoed adjacent room", he said. Shortly after the discovery, a decision was made to salvage the new room that offers a unique glimpse into the past.

According to Ansa, “much of the room, which is rectangular and covered in rich decoration including the vault, is still unfortunately underground, buried by tonnes of earth on the orders of the architects of Emperor Trajan, who built luxurious baths over Nero's former palace, archaeologists said.

It will remain so, they said, because of fears for the stability of the complex. Among the decorations, on a white background, are elegant small figures divided into pictures bordered in red and golden yellow.

In one scene we see the god Pan, in another a man armed with a sword, quiver and shield who is fighting a panther, and in another the small sphinx that is standing out on a pedestal, officials said.

Why Some Stories About Ancient Roman Emperor Nero Are Wrong

There are also stylized aquatic creatures, both real and imagined, architectural motifs of the time, vegetal garlands and branches of trees with delicate green, yellow, red leaves, as well as festoons of flowers and fruit and posing birds.”

Nero’s house was quite extraordinary in ancient times. It stretched for 50 hectares and covered most of the neighboring Palatine and Celian hills as well. 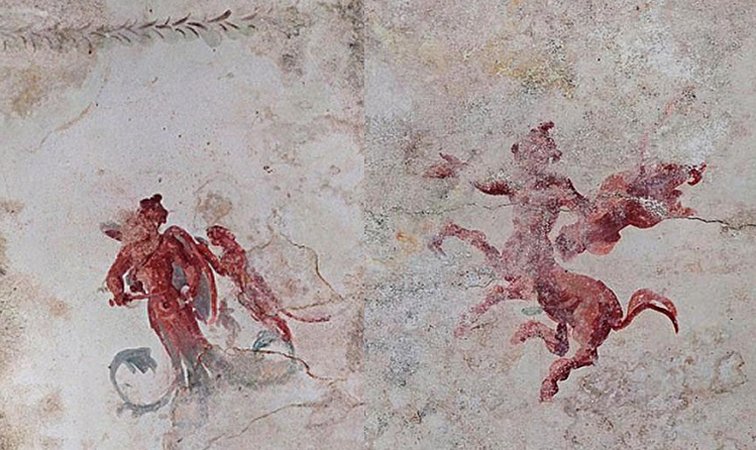 According to historians, when Domus was completed, Emperor Nero remarked that finally he was beginning to be "housed like a human being".
After Nero's suicide in 68 A.D. the Flavian emperors who succeeded him proceeded to bury all trace of his legacy.

There are currently no plans to excavate the rest of the room for fear of its structural integrity.