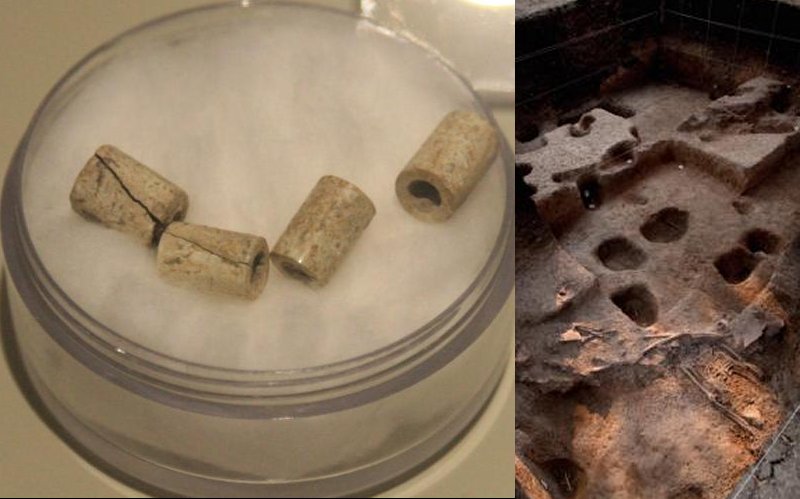 Left: Beads made from giant clam shells. The Fine Arts Department; Right: The human skeleton in the first pit and potholes indicating the use  of land after the new Iron Age. Karnjana Karnjanatawe; Images via Bangkok Post

“I was very excited and happy when we first discovered some artifacts last December. So far we've found more than 10,000 broken clay pots and other items at this site," said Sorathach Rotchanarat, an archaeologist from the Fine Arts Department, who spent a couple months with his team digging in the area of Lop Buri River Basin. 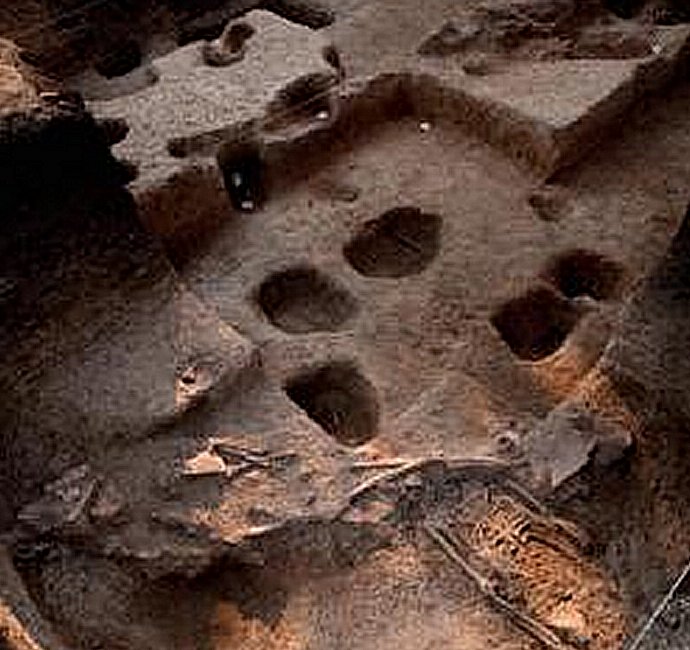 The human skeleton in the first pit and potholes indicating the use of land after the new Iron Age. Karnjana Karnjanatawe. Image via Bangkok Post

In this region of the country, archaeologists already discovered as many as 116 ancient sites.

The newly discovered site called Khok Phutsa, was inhabited by people who lived there around 3,100-3,800 years ago.

The team unearthed one human skeleton with the face up but it's unknown if it's a male or female; later another skeleton was also found along with broken pottery and a clay pot, also in the first pit. 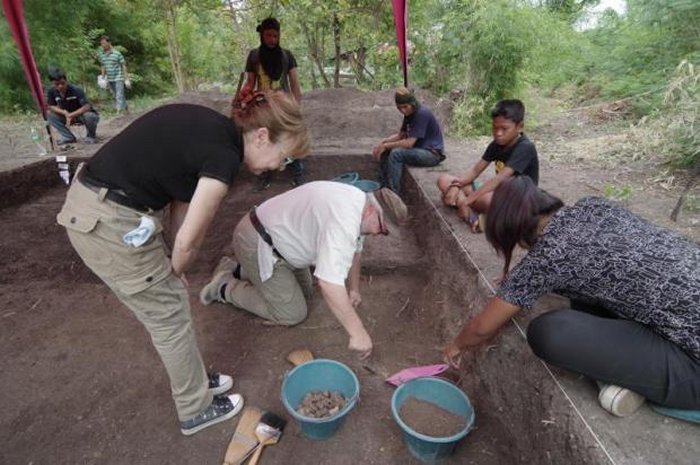 Currently, the archaeologists excavate the second pit and have already unearthed shells of giant clams and ornaments from them, such as broken bangles and beads. Other discoveries include axes made from the shells giant clams.

"The evidence showed that the area used to be a community where people knew how to create products from giant clams. The species lives on corals, but its shells are found on land. It confirms the old knowledge that the area of Lop Buri and other provinces in the Central Region were part of the sea 8,000 years ago," Sorathach Rotchanarat explained.