Conny Waters - AncientPages.com - The first Cherokee inscriptions in Manitou Cave, Alabama, have been recorded and interpreted by researchers.  Nestled in a forested hillside, Manitou Cave is a hidden treasure with a rich history.

Beside Great Spirit Mountain, there is a natural formation within the cave standing over 40 feet tall, inside  there are sacred Cherokee syllabary inscriptions but how could they have appeared on a 50-foot high ceiling? 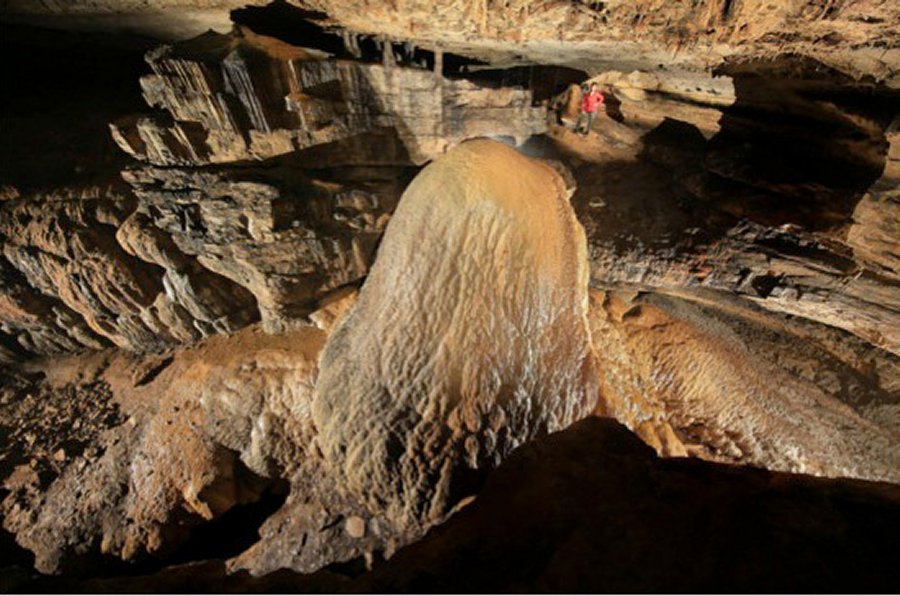 This place may have seen human activity for 10,000 years, but the past few decades have been tough on the terrain. Manitou Cave of Alabama, located in Fort Payne, is a sacred space for the Cherokee. Manitou, an Ojibwa word, means spirit. Credits: Alabama Heritage

The inscriptions located in Manitou Cave, Alabama reveal evidence of secluded ceremonial activities at a time of crisis for the Cherokee, when these people were forced to leave their ancestral lands and sent westward on the Trail of Tears in the 1830s.

In fact, migration from the original Cherokee Nation began in the early 1800’s. Some Cherokees, wary of white intrusion, moved west on their own and settled in other areas of the country. The so-called Old Settlers had voluntarily moved in 1817 to lands given them in Arkansas where they established a government and a peaceful way of life. Later, however, they were forced to leave their new homes and migrate to Indian Territory.

“These are the first Cherokee inscriptions ever found in a cave context, and the first from a cave to be translated,” Jan Simek, co-author of the study  and president emeritus of the University of Tennessee System and Distinguished Professor of Science in UT’s Department of Anthropology, said in a press release.

“They tell us about what the people who wrote on the walls were doing in the cave and provide a direct link to how some Native Americans viewed caves as sacred places.” 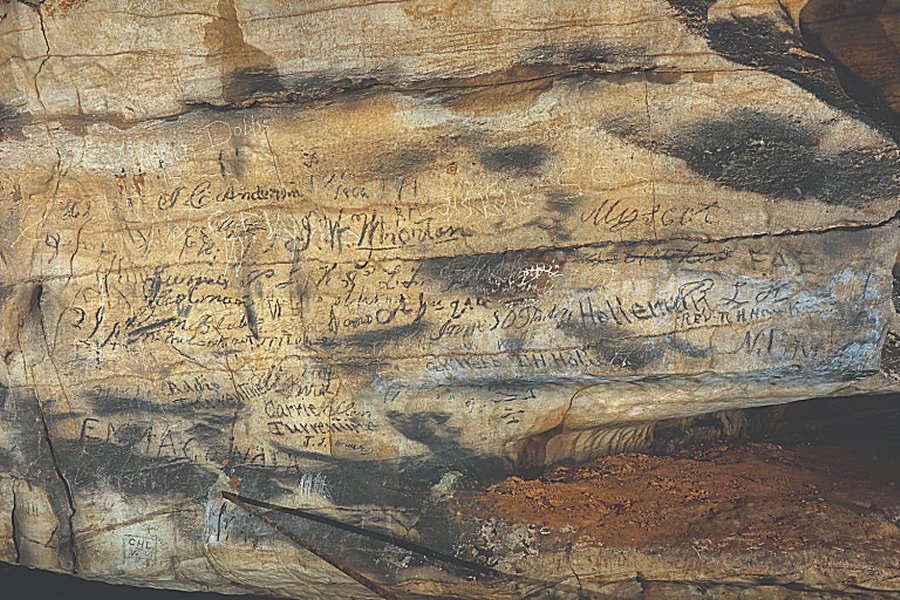 Manitou Cave of Alabama, located in Fort Payne, is a sacred space for the Cherokee. Manitou, an Ojibwa word, means spirit. It contains inscriptions from the Cherokee syllabary, which was invented by Sequoyah in 1821 while he lived in Willstown, known now as Ft. Payne. The Trail of Tears may have passed below Manitou Cave of Alabama. English language graffiti inside the huge cavern dates as early as 1814.

The research team that worked to understand the nature and meaning of these historic inscriptions included scholars from the Eastern Band of Cherokee Indians, the United Keetoowah Band of Cherokees, and the Cherokee Nation of Oklahoma as well as Euro-American archaeologists.

The researchers focused on two main groups of Cherokee inscriptions found in Manitou Cave. The first inscription records an important ritual event that took place in 1828, translated as “The leaders of the stickball team on the 30th day in their month April 1828.” A nearby inscription reads “We who are those that have blood come out of their nose and mouth.”

Stickball is a Cherokee sport similar to lacrosse, but as Simek explains  "it is far more than a simple game. It is a ceremonial event that often continues over days, focusing on competition between two communities who epitomize the spirit and power of the people and their ancestors.”

A second series of inscriptions is located on the ceiling nearer to the entrance of the cave.

“The ceiling inscriptions are written backwards, as if addressing readers inside the rock itself,” Simek said. “This corresponds with part of one inscription which reads ‘I am your grandson.’ This is how the Cherokee might formally address the Old Ones, which can include deceased Cherokee ancestors as well as comprise other supernatural beings who inhabited the world before the Cherokee came into existence.”

The inscriptions analyzed by researchers indicate that caves like Manitou were seen by the Cherokee as spiritually potent places where wall embellishment was appropriate in the context of ceremonial action.

Since their work in Manitou Cave, the researchers have identified several caves with similar inscriptions and will continue their research.

“Our research has shown that the Cherokee voice in Alabama did in fact outlast the Trail of Tears,” Simek said. “We will continue to document and protect these previously unknown records of indigenous American history and culture.”