In our earlier article on AncientPages we described ‘Thermopolium ‘, an ancient Roman restaurant (fast food counter) that offered warm meals and drinks. People who were hungry could visit a thermopolium and get something to eat fast.

Amphorae placed in front of the counter; the decorations on the counter depict on one side a beautiful figure of Nereid on a horse in a marine environment .

The discovery, which was made at the Regio V section of Pompeii, is another ancient evidence of daily life in the city that was buried under masses of volcanic ash when Mount Vesuvius erupted August 24, 79 AD.

Excavations were carried out for a longer time in the area, and revealed several well-preserved ruins of thermopolia in Pompeii and Herculaneum.

The recently unearthed ‘snack bar’ of old Roman times, was found with decorations that depict on one side, a beautiful figure of Nereid on horseback in a marine environment and on the other the illustration, most likely, of the activity itself that took place in the shop, almost like a commercial sign. 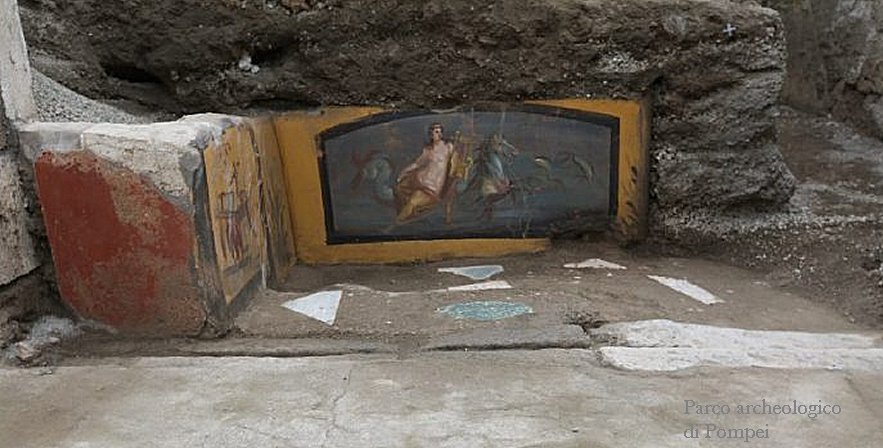 The ancient amphorae placed in front of the counter, at the time of the excavation, reflected exactly the painted image.

The thermopolis, where drinks and hot food were served, as the name of Greek origin indicates, preserved in large jars (dolia ) embedded in the counter of masonry, were very common in the Roman world, where it was customary to consume the  prandium  (the meal ) away from home. 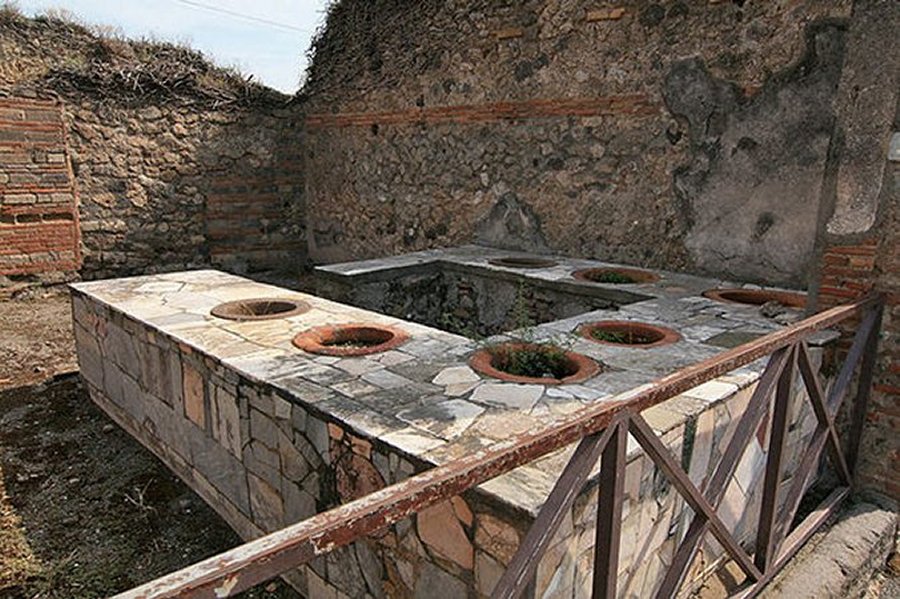 Ruins of a thermopolium discovered in Pompeii. Credit: Public Domain

In Pompeii alone there are about eighty thermopolia similar to this one. Not everyone Roman had the time or possibility to cook at home and many poor Romans could not afford a private kitchen.

In the 'snack bars' in ancient Rome, people could get cheap meals like salty fish and coarse bread and baked cheese. As dessert, they could get honey and later drink spicy wine.